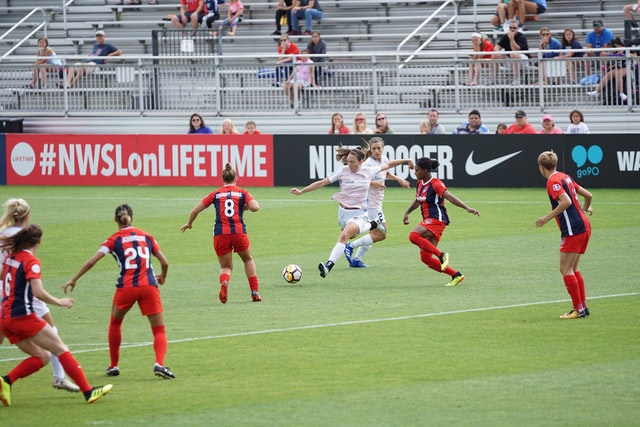 I am raising eight kids, three of whom are girls. Just like most of America, sports has played a major role in my life. Not just as entertainment, but also through participation. Sports has so much to offer in the way of life lessons, in discipline, teamwork, leadership, learning how to win, and learning how to lose.

This is why we encourage our kids to compete and to play. Some of us found purpose on the field. Others found their family when their actual families had abandoned them. When we are sitting in the stands cheering on our kids, I think it can be easy to take some of these things for granted.

Women’s Sports were Stolen from Them

Between the Obama Administration and Biden’s first week in office, it’s hard to watch in silence as they destroy women’s sports. As upset as I get about the loss of scholarships, the injuries sustained by young ladies competing with aggressive boys, boys being in the girl’s locker room, and the complete dismantling of women’s sports all together, I get even more upset that our girls and young women are being bullied into simply accepting all of this.

No questions, don’t stick up for yourself, or we’ll make sure your entire life gets canceled.

Again, we are being shown that the agenda of the left is not progress, but submission. Women’s sports was progressing, gaining massive popularity, and even providing women with amazing opportunities, but that all just got stolen from them.

Why? I have a theory.

The Voices of Girls are Being Shut Down

I am raising my kids to speak up for themselves. To be their own advocate and to stick up for others when they see an injustice. But what are we saying to our kids when we force them to accept something so unnatural?

Not only are we forcing our kids to accept the lie that you can change your gender, but they also have to be ok giving up their opportunities. They should have a choice in the matter, right? They should have the right and ability to speak up on their own behalf, right?

We are literally putting a muzzle on our girls and telling them to just welcome boys and men taking over their sports.

And as a father, I can not sit by while my girls are stripped of their goals, their opportunities, their privacy, their choices, and their voice.

There is a huge difference between discrimination and having boundaries. We shouldn’t be called hateful when we are just protecting certain values and rights. It’s necessary to have standards and rules when it comes to right and wrong in a civilized nation. I read a great quote from Dan Bongino the other day:

“Here’s the thing about most Republicans: they’re full of it and they’re barely conservative. But Democrats are the opposite. They know what they want and they take power and get it. If we want to save America, we need conservative leaders who are ready to fight the left and WIN.”

In all honesty, I never expected women’s sports to be one of the primary battlefields in this fight between liberals and conservative. But here we are.