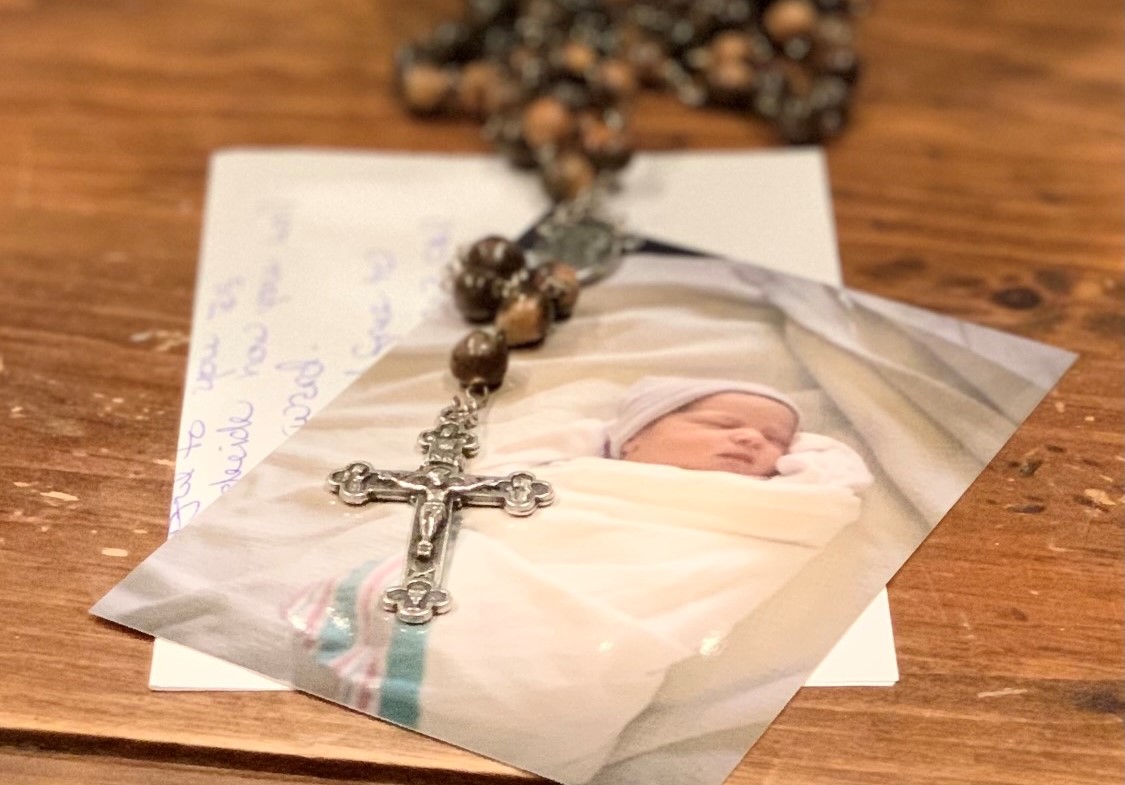 A few years ago I told my now 17 year old that she has an older half-sister who was placed for adoption in infancy.

It was the hardest conversation I ever had to initiate. I didn’t want her to look at me differently. I didn’t want to lose any parental authority. I always knew I was going to tell her when I felt like she was old enough to understand. But when that reality came, I struggled to get the words out.

But I did it anyway.

It’s been 27 years since the birth of my (birth)daughter. I was wheeled out of the maternity ward with empty arms and an aching heart. She was placed in the arms of a woman from the adoption agency whose sole job was to take my daughter into her home and nurture and love her until the required amount of days had passed before I could legally sign any papers.

During that time, I visited my daughter, holding her, feeding her, loving her and telling God over and over again that if I was going to do this thing, if this is where I was being led – intentionally shattering my own heart into a million little pieces so she could have a family and a life that I was not capable of giving her at the time – then He had to absolutely promise me that she was going to be okay.

She is always in my heart

That last day that I saw her, the day she went to her family, I kissed her head one last time and walked out of the adoption agency. I did not think the pain would ever subside. But even in the grieving that followed, there was a peace that, even though it was a loss to me, I had done the best thing for her future. I received periodic letters and pictures, frequently at first and then once a year, until she was four years old.

For almost twenty years, there was nothing but my constant prayers, every night, “Watch over her, Lord. Protect her, Lord. Kiss her for me, Lord. Let her know deep in her heart that I love her, Lord. And please, Lord, let her be okay.”

It wasn’t an anxious prayer. It was a prayer of trust and a way of touching her.

Andrienne von Speyr once wrote that the closest we can ever be to another human being, even if we are standing shoulder to shoulder, is through prayer. Because prayer touches eternity and is not bound by space and time. It is immediate and present and now.

So I prayed, so I could be present to her through God.

Over the years, I kept in touch with the agency, always updating my family medical history as well as my contact info with each new move. And through the years, life kept moving – marriage, moves, the birth of a daughter, and adoption of another.

And then, almost a half dozen years ago, I contacted the agency with some additional medical information. The case-worker’s familiar voice brought me to the beginning again. After I gave her the information, she said that she was glad that I called because she had a letter and pictures for me that had been in my file for a few years. Anxious to know it’s contents, I asked her to read the letter to me then and there.

The letter was from my birthdaughter’s mom (adoptive – not to confuse you). She apologized for letting so much time pass without a word to me. And then she told me about my birthdaughter, her dreams for the future, her interests, her hopes, who she was and who she was becoming.

That baby, my baby, our baby, had grown up.

I sat in awe at the beautiful young woman whose life was unfolding as the caseworker read the letter. And at the end, came the words that healed the little doubts and deepest fears, ”she wants you to know that she loves you.”

It was not until I called my husband that the magnitude of the answer to my prayer was unleashed.

As soon as I heard his voice, I began sobbing uncontrollably. He started to cry too even though he had no idea what was going on… ”He kept His promise” I squeaked out between the sobs, “she’s okay…she’s okay…she’s more than okay.”

God does keep His promises. It might not be in the way that we want or expect but He is there, holding and responding to the deep cries of our hearts.

I still have not seen my birthdaughter since her infancy. And there have been no other letters or pictures since that time. Someday, God willing, I will see her on this side of Heaven. If not, I am at peace knowing that she is okay and that I can still touch her through a God who keeps His promises.

As for my now 17 year old, she does look at me differently since I told her. She looks at me now with eyes that see her mother’s vulnerability, honesty, and humanness, and in her words “strength.”

And our relationship has become closer and more real because of it.

Jeannine Peters is wife, mom of 2 teenage girls, Spiritual Director, Theology of the Body (TOB) enthusiast, and lover of Jesus. She's a former Board member for the TOB Institute and a current Board member for the TOB Foundation. In the midst of the busyness of everyday life, she occasionally writes. You can read more of her pondering at www.jeanninepeters.com

These are the most popular baby names for 2020