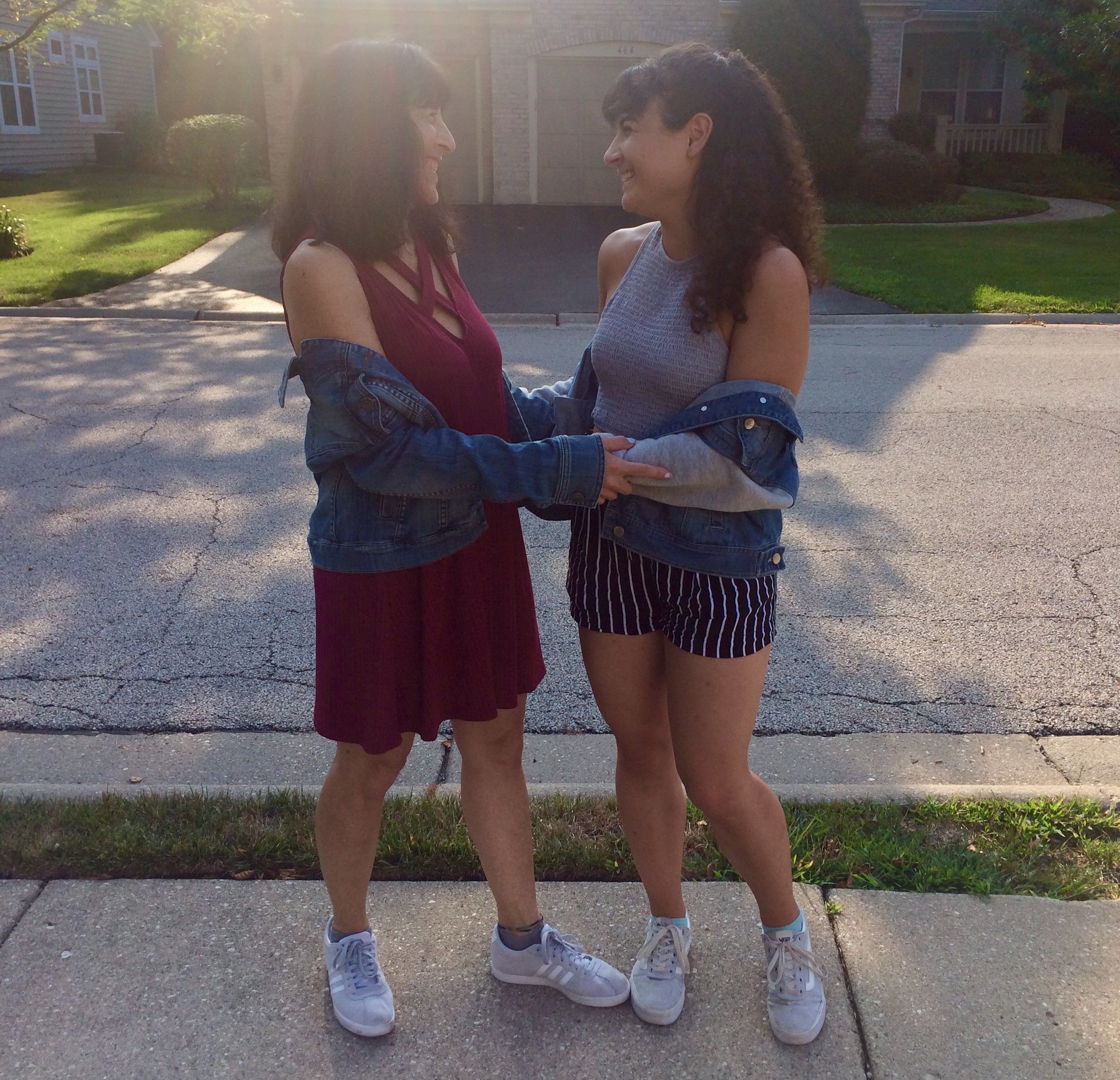 Cleaning out our closets can be an emotional experience. A trip down memory lane. A clearing out of the physically or emotionally outgrown to make room for the new. New items and new memories waiting to be made.The other day I took that trip with my college daughter. The clothing rod in her closet had broken months ago and we finally purchased one of the cute and very useful Pax systems from IKEA. But in order to make the change, my daughter needed to figure out what would make the move to her new closet, and what would be donated or tucked away in a memory box to save.I sat on the floor, prepared to put clothes my daughter handed me into one of three piles – closet, donate or pack away. Each item that was designated for one of the latter two piles opened the door to a memory, and a bit of reminiscing for us. Sometimes we’d smile and fondly think back – like to that cheer competition that her team won and how amazing it felt to get this shirt. We’d walked around looking at the tables of merchandise before the competition, but she wanted to wait until after they competed to actually buy. After performing a perfect routine on the competition floor, and feeling the exhilaration that came with that, we went back and she selected her shirt. After the awards session confirmed their win, she and her teammates received a championship jacket. That jacket, along with others she worked hard for and won, will remain in her closet always.

Other items made her cringe and made me nostalgic – like that peace sign scarf that was all the rage in middle school, but apparently not so much now. Middle school is a time of awkward transition, which is probably why so many teens look back on those years with discomfort. But for us moms, we see our budding teens through a different lens. These were the years my daughter discovered her passion for the sport of competitive cheerleading, The times when she dressed up with her friends for Halloween in costumes that they planned for themselves. The years of first school dances and crushes.And then there was that dress we’d argued over – that made her feel good and that I’d complained was too tight and too short. There were many Bar and Bat Mitzvahs in our town and parties to celebrate every one. She wanted to wear this little black dress to one of them, and had adjusted the length up a bit (as was the style then). Did she look beautiful in it? Yes! Did she sparkle because of how good and confident she felt in it? YES! Was it inappropriate? Probably not. In reality, my eyes were clouded by my mom heart that still saw my daughter a little girl. And the desire to hold onto that innocence just a little longer. Oh to go back in time and handle some things differently!

Accepting Who We Are

One of the lessons I think we learn as we get older is that we can embrace who we are now, while also accepting and even loving who we were along the journey to get here. One day maybe my daughter will look back over some of these memories and not find reasons to cringe, but rather reasons to cherish all these versions of herself. I know I sure do!So there I was, looking at all of these pieces of clothing, clothes that represent different parts, stages, of my daughter. In a way that’s hard to explain, each of those parts of her became a part of me, even after she moved on. Occasionally, she’d offer me a cute top or flannel pants before putting it in the “donate” pile. It felt like she was giving me something tangible to go with the memories I carry forever in my heart.It’s also not lost on me that the tables are turned. I used to be the one doing the handing down – now I’m the recipient of hand-me-downs that my daughter has outgrown. Outgrown not in a physical sense, but rather in a “moved on from that stage” sense. Of course we all know what that feels like. Teens don’t want to be associated with the styles from their tween years, anymore than emerging adults in college want to walk around in their high school clothes. I get it. And I accept each discarded item with gratitude and a little nostalgia.When I look at the 22-year-old in front of me, I see all of her earlier versions. I feel them in my soul. And I hold onto them like the precious treasure that they are.

Sydnei is Mom to 2 amazing college kids, wife to their dad. She left a marketing career when she became a mom and never looked back. Along the way she discovered her soul’s true calling and found joy not just in raising her own children, but in supporting friends along their journeys. Currently she’s a part-time preschool assistant, blogger at Mom in the Moment, and freelance writer for several parenting sites.

The Top 7 Books You Should Read to Your Toddler

Accepting the changes of motherhood