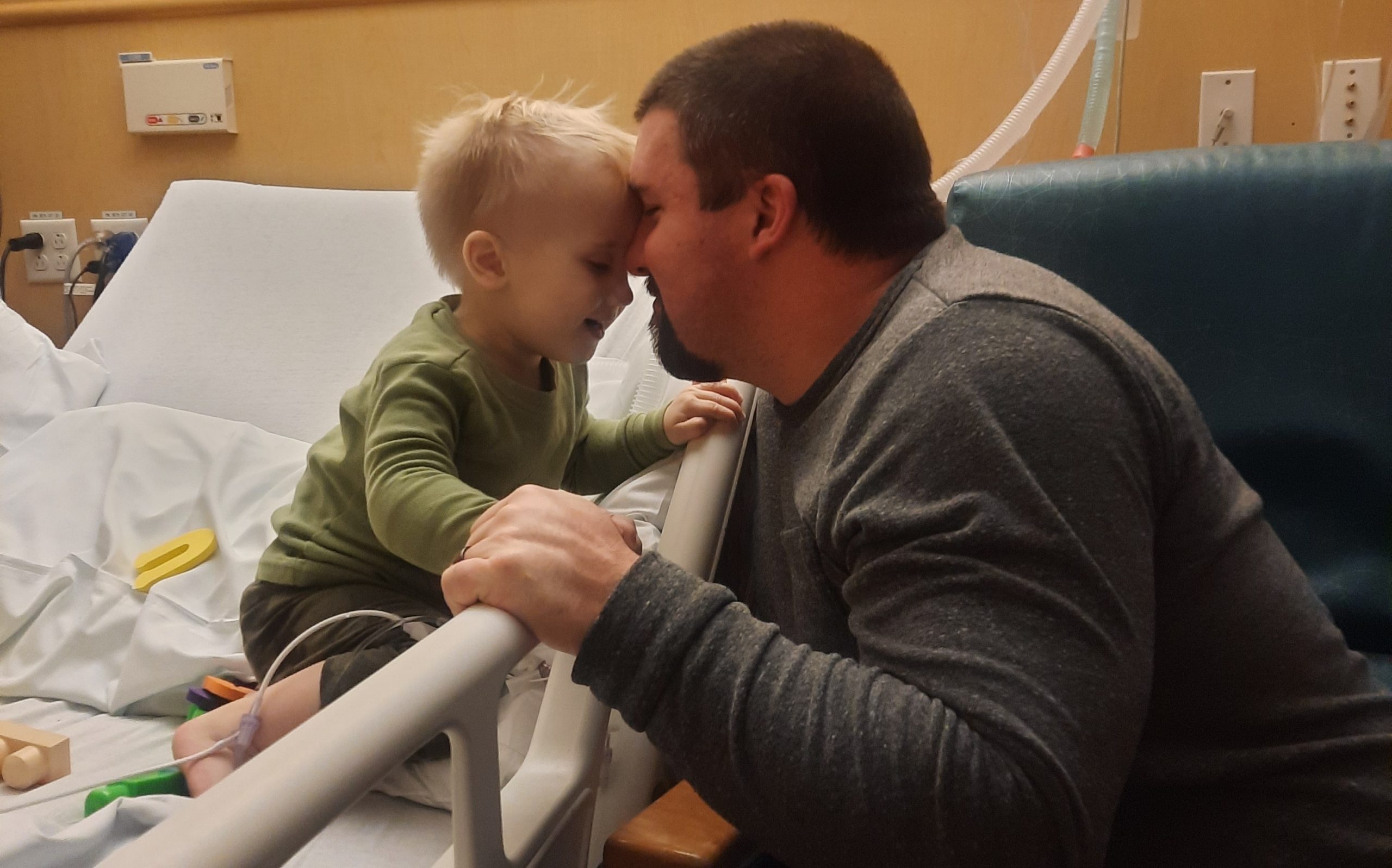 And that is why it breaks my heart to watch my husband in a situation where he cannot fix our baby boy who is in heart failure.

I can see how badly he just wants to take him outside to play and do normal father-son things. But instead, he plays with toy cars in the hospital room, builds towers and puts his forehead on our son’s forehead and they laugh.

And the dimples he got from his Dad show when he smiles.

And his Dad’s dimples show when he smiles back at him.

All the while my heart is asking God why, why does such a little guy have such a big heart, why does our son have Dilated Cardiomyopathy?

I may never know the answer to that question.

But I do know this:

Dads fix everything and if his dad could fix his heart, he would.

If his dad could give him his own heart he would.

But since he can’t he has to trust in His Heavenly Father and put aside his desire to fix and instead have faith that God will work this out.

When prayer helped me to stop comparing myself to others

How A 5 Year Old Can Change The World