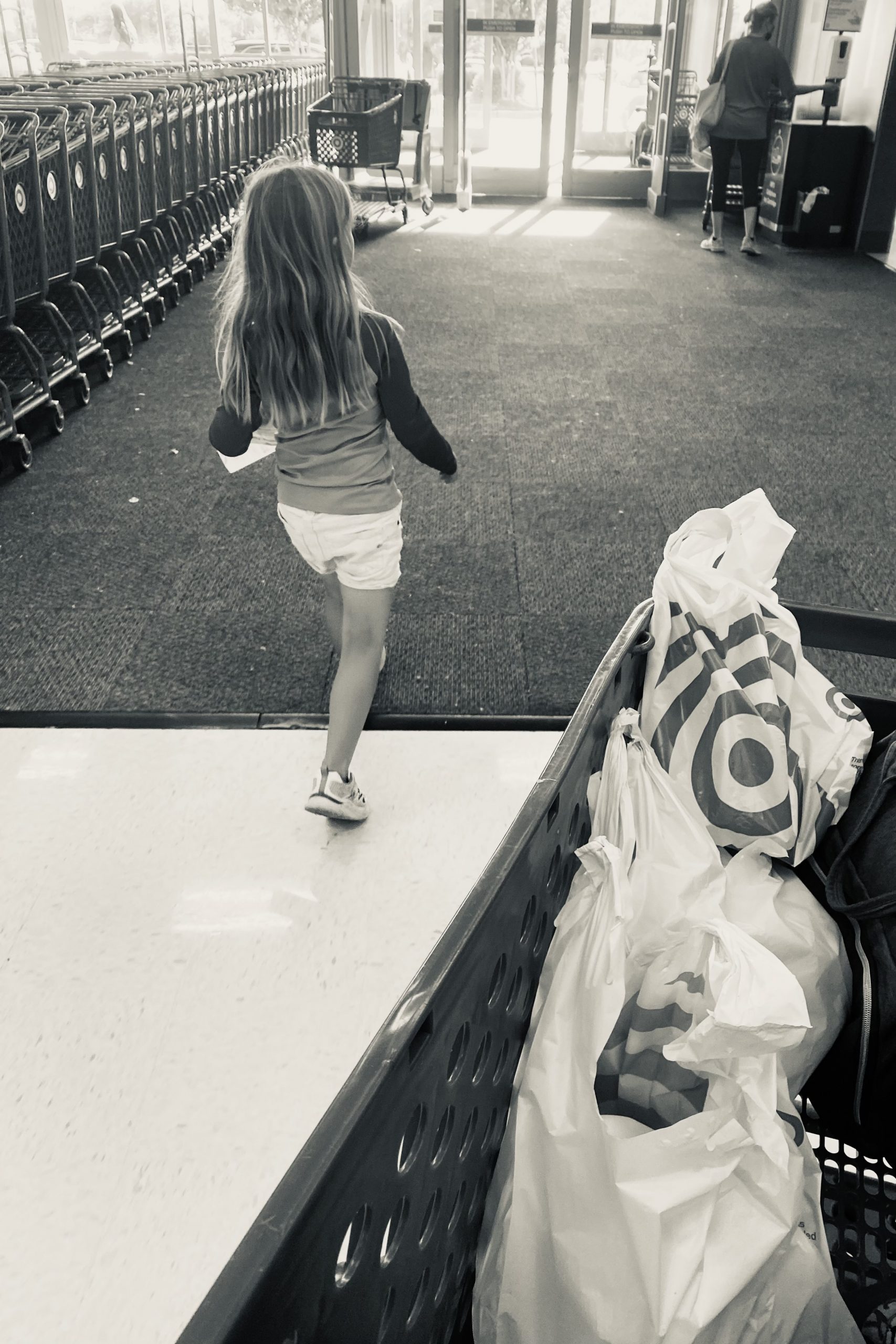 My daughter stole from Target yesterday.

She’s six-and-a-half. She’s young. She’s still extremely immature. But she absolutely knows what stealing is, and that it’s incredibly wrong.

I didn’t realize she had put a small LOL toy in her pocket under a baggy shirt. She told one of her older sisters after we got home from practices late last night that she’d taken it, and she giggled (yes immaturely) and excitedly as she had the toy she wanted.

Each time we go into Target she asks for one of these LOL toys which I almost always refuse as I spend so much for little items that become choking hazards for her baby brother and then they get lost and she forgets about them.
When I found out what she did, I was disappointed and angry. I remained calm but told her, “Tomorrow we are going back to Target where you’re going to apologize and tell them what you did, I’m going to pay for it, and then you’re still going to turn the toy back in and not be able to keep it.”

She started to cry pretty heavily as reality was setting in that she was going to have to serve her consequences.
Well, today is now tomorrow and off we went back to Target after dinner. She wasn’t happy with me, and I’m pretty sure she was still holding out that maybe I wouldn’t follow through on my word to take her back there.

Before going in, I held her hand and we said a prayer again for God to bless her as I know she’s supposed to do big things in life, but she needs help to make better decisions. To show her heart, yesterday before leaving the store (before I even know what she had done), she made me do an extra check out to get food and water for the homeless man and his dog outside.

Yes, she’s human. Yes, she still has a good heart.

This was tough for me, too, to watch her be anxious and emotional, but I knew I was doing the right thing. One of the biggest faults I have as a parent is my empty threats, not following through, and inconsistency all around.

I stood by her side the entire time, I held her small hand, and I helped talk her through it after she apologized sharing what she had done.

Parenting is not easy. Following through and being consistent is not easy. Doing the right thing is not always easy. But today I can say with 99.9% certainty my daughter learned her lesson and will think long and hard before ever making this same mistake again.

The Truth About Teachers

7 Tips on Asking for Help

Listening to our kids can make a huge difference