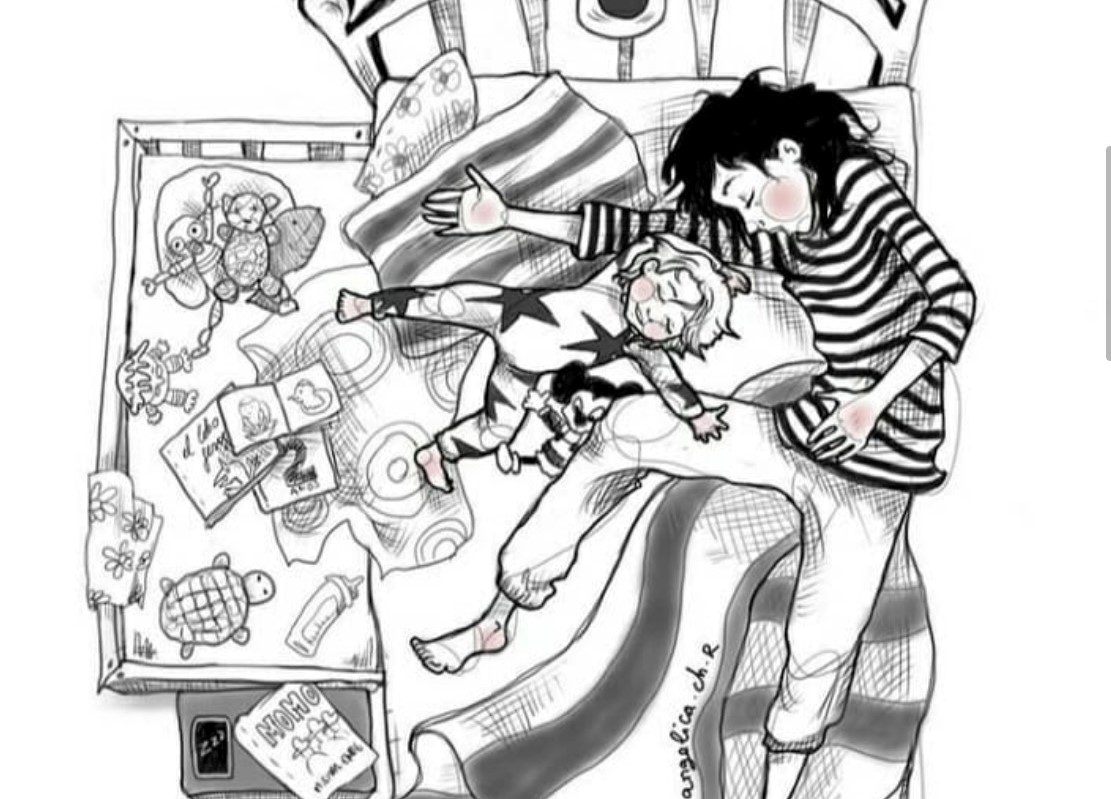 Are you ever asked what you did all day because, really, the house looked like the same mess it was this morning?

There were still piles of clothes on the floor, just today’s clothes instead of yesterday’s and in different spots. The kitchen still a mess, but now with macaroni and cheese and ketchup stains, and evidence of dessert on the floor.The kids looked even more raggedy than they did this morning. They started all put together, hair done nicely, ready to start the day. Now their hair was as wild as the jungle. Clips that held wisps of hair neatly in place, long gone.There was no evidence of things accomplished, but you did a lot. You swear!You made meals. Sometimes three different meals per child in one sitting. Because he didn’t want chicken nuggets, or she meant pizza, but it sounded like peanut butter. They ate, and what was left behind was discarded or wrapped up for another day.You cleaned. You cleaned up the dolls, Paw Patrol, and cars spread around the playroom floor. Then they made a mess of the Legos, a half-done princess puzzle left on the floor, the Magna-Tiles left out of the box. You cleaned up again. They made a mess with the Paw Patrol again. You eventually surrendered to the mess.As you left the room, your eldest said, “It looks pretty clean, mom.”And you decided pretty clean was good enough because you were tired, bone-tired. You fixed meltdown after meltdown. One child wanted cookies for breakfast. Meltdown. The toddler didn’t have the words to express her hunger. Meltdown. The kids fought over a dinosaur they both wanted to play with. Double meltdown.You fixed the emotional seas because you’re the lighthouse guiding them home. And your outstretched arms were the only way to calm the stormy waters. But there’s nothing to show after you wipe tears away.“What did you do all day?” “What did you accomplish?”You’re raising humans, mama. And that’s accomplishing so much. Never question that. Because the truth is mothers do everything, even if it looks like nothing to an outsider, and only other parents understand that.

Danielle Sherman-Lazar is an eating disorder advocate and a mother to three daughters. She has been published on Scary Mommy, Bluntmoms, The Mighty, Eating Recovery Center, The National Eating Disorders Association, Kidspot, ellenNation, Project Heal, Love What Matters, Cafemom.com, Beating Eating Disorders, Her View From Home, Motherly, Sammiches and Psych Meds, Recovery Warriors, Kveller.com, Humorwriters.org, and That’s Inappropriate. You can follow her on Facebook (https://www.facebook.com/StrivingToBeFULLeveryday/) and Instagram (@livingfullaftered). Her book Living FULL: Winning My Battle with Eating Disorders is available on Amazon: https://amzn.to/2O4mJId

The things I miss as a mom of grown children

To the Mom Who Cries in the Bathroom

While You Were Sleeping