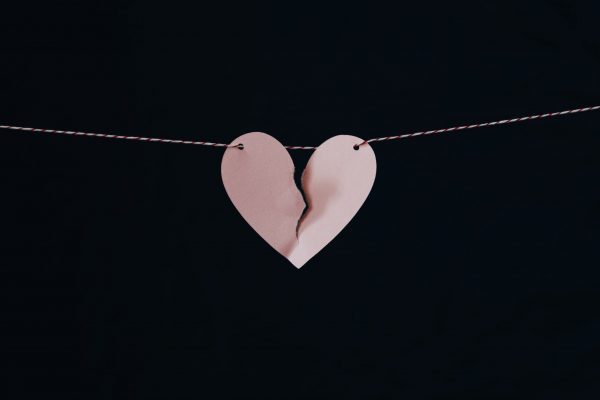 Just recently, Meghan Markle and Prince Harry shared they are expecting another child after suffering a miscarriage last year. Whether you care about celebrities or not, I found myself overjoyed for them. As a mom who suffered a miscarriage, I feel a connection to any mom who shares my grief, celebrity, royal, or not. Every woman who has suffered a loss has felt their pain. They share their heartbreak. They trigger feelings that 1 in 4 of us share. For those who have never had a loss, it’s hard to imagine. For those that have, it’s impossible to forget.

I wasn’t prepared for what happened

At my first sonogram with my 3rd pregnancy the baby was measuring 2 weeks behind. I left there with a heavy heart. We would recheck in 2 weeks. If the baby wasn’t growing then, I would likely miscarry. I was told that if I did lose the baby before the recheck, it would be like a bad period.

Women are often told that a miscarriage is like a bad period, and for some women, maybe that is accurate. But for most, it is much worse than that. For some, it can be fatal.

Prepared for what I thought was coming, I planned stuff for a sub and got in my car to drive myself home. My cramping turned into full blown contractions while I was driving. I shouldn’t have been behind the wheel of a car, but it was supposed to be a bad period.

I didn’t go to the hospital immediately; I went home. I assumed I would lay in my bed until the cramping subsided, but something told me to call my obgyn. They sent me to the hospital.

By this point my husband was home and could drive me the 15 minutes from our house to the hospital. In those 15 minutes, I went from spotting to hemorrhaging. It was supposed to be a bad period. But it wasn’t.

So much worse than a ‘bad period’

I remember getting out of the car and the second I stood up I felt blood pouring down my legs. I could barely walk.

What happened next is a blur. A scurry of nurses helping me undress, asking questions, hooking up IVs, taking my blood covered clothes and dressing me in a hospital gown.

Through the blur the nurse’s words stuck with me; “you are lucky you got here when you did, you have no idea how fast you can bleed out. You could have left your kids without a mom.”

But, it was supposed to be a bad period.

My husband had to leave me there to get our other kids from daycare to family.

I was told that I would need an emergency D&C. I had to go now and I couldn’t wait for my husband to get back. Like a movie scene, the nurse rushed him in to kiss me and take my wedding rings as they wheeled my bed down the hall towards the operating room. I had been in this operating room before-when I delivered my second baby.

This was different. I tried to pray but felt numb. I couldn’t coordinate my thoughts into prayers. But, I knew I wasn’t alone in that moment.

I woke up later in a room with my husband by my side. In pain, still bleeding heavier than they would have liked, and babyless.

A few hours later they wheeled me down the hall and to the front doors. The same hall I went through two years earlier when I was bringing my new baby home. This was different. This was hard. I was still numb.

The grief was debilitating

The physical pain subsided but the grief did not. It has been three years since my baby went to heaven. Three years since the day I was supposed to have a “bad period”. That “bad period” could have killed me. Had I not called my doctor when I did I might not be here today to tell this story.

I had nightmares for the first few years about that day. Nightmares of waking up in a pool of blood. Struggling to deal with my period because the sight of blood would send me back into that moment.

Three years later the nightmares are gone. I handle things better. But I still think about that baby almost every day. This loss wasn’t just mine. It was all of us. My oldest two still talk about the baby in heaven.

We need to be honest about miscarriage

I watch my three children run around and play together and am so thankful for each of them. God blessed me with another pregnancy a couple months after my loss. She didn’t replace the baby I lost, you don’t replace one child with another. But she is a beautiful blessing that has brought so much joy. My rainbow. My happiness after the storm.

My story is hard to tell. But 1 in 4 of us will lose a child. Women need to be educated on miscarriage risks. We need to stop saying it is going to be like a bad period. If my story can save one woman’s life, then the difficulty of sharing it is worth it. I could have widowed my husband that day. I could have left two girls without a mother. It wasn’t a bad period.

“Another girl, are you going to try for a boy?”

Congrats to Harry and Meghan!

I want to be called a woman, not a “birthing person”