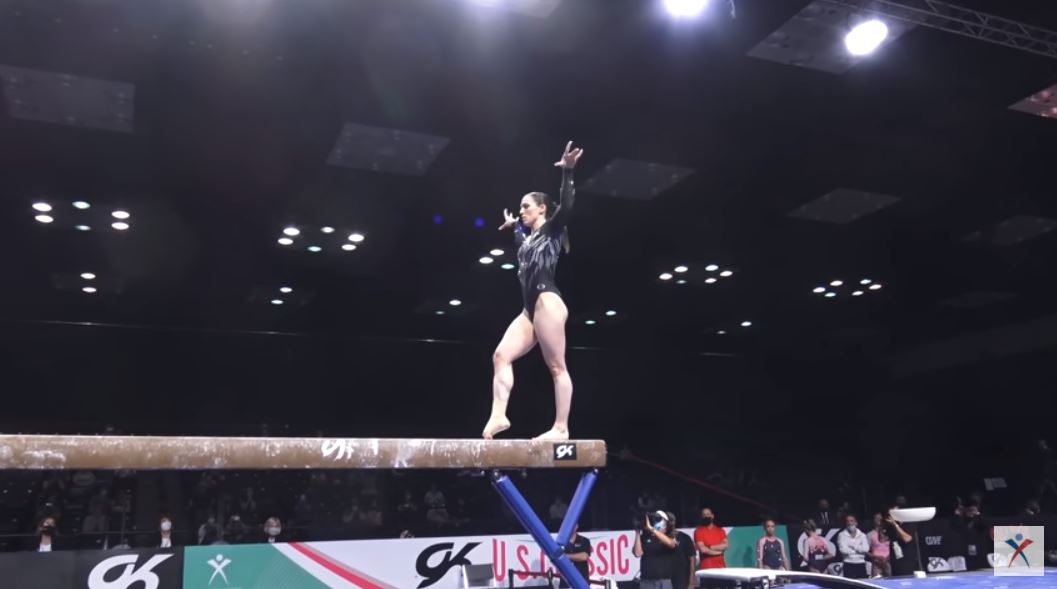 I really wanted to be an Olympic gymnast growing up. I loved my little gymnastics class as a kid and watched in awe as Mary Lou Retton won her gold medal (yes, I’m dating myself but whatever). I eventually gave up my dream but still love to watch gymnasts today in competition, as do my young daughters. So when we were watching the recent GK US Classic in Indianapolis, marveling at Simone Biles and her incredible acrobatics, imagine my surprise to hear that a 32-year-old mother of two, Chellsie Memmel, who had won a silver medal in the 2008 Olympic games was competing.

As I get older, I think the athletes who compete in the Olympics are getting younger. And they are young, some only 15 or 16 years old. A 32-year-old competing is pretty rare, let alone a mother. Gymnastics training is intense and Olympic gymnasts often train as much as we work in our full-time jobs. Simone Biles, who has won 25 World Championship medals, 19 of them gold, said she trains 32 hours a week, six days a week, and then fine tunes her skills on Sundays.

Chellsie Memmel is the wonder woman mother who competed on two events at the Indianapolis competition last week, the vault and the beam. She was the first US woman to win the all-around gold medal in 2005 since Shannon Miller won hers in 1994.

She told NBC Sports: “I love doing gymnastics,” the mom of two said following the competition. “There’s definitely are those hard days, but those days are the ones where I’m like remembering ‘You’re just pushing yourself. You’re having fun. You’re seeing how far you can actually take this when people said ‘you should have retired when you were 20 or when you’re 24. You can’t have kids and come back to a sport.”

Most of us moms aren’t going to be Olympic gymnasts or compete in world championships on a four-inch wide beam but I think recognizing each other’s own strengths and encouraging each other can go a long way, no matter what our talents may be.

“I just wanted to put that message out to anybody who thought they missed their chance at something or didn’t get a chance to try it,” Chellsie said. “No one should be stopping you. Just don’t hold yourself back.”

Watch her interview with the Today Show here:

When Did the Little Fingers Disappear?

When God told me to open my eyes…