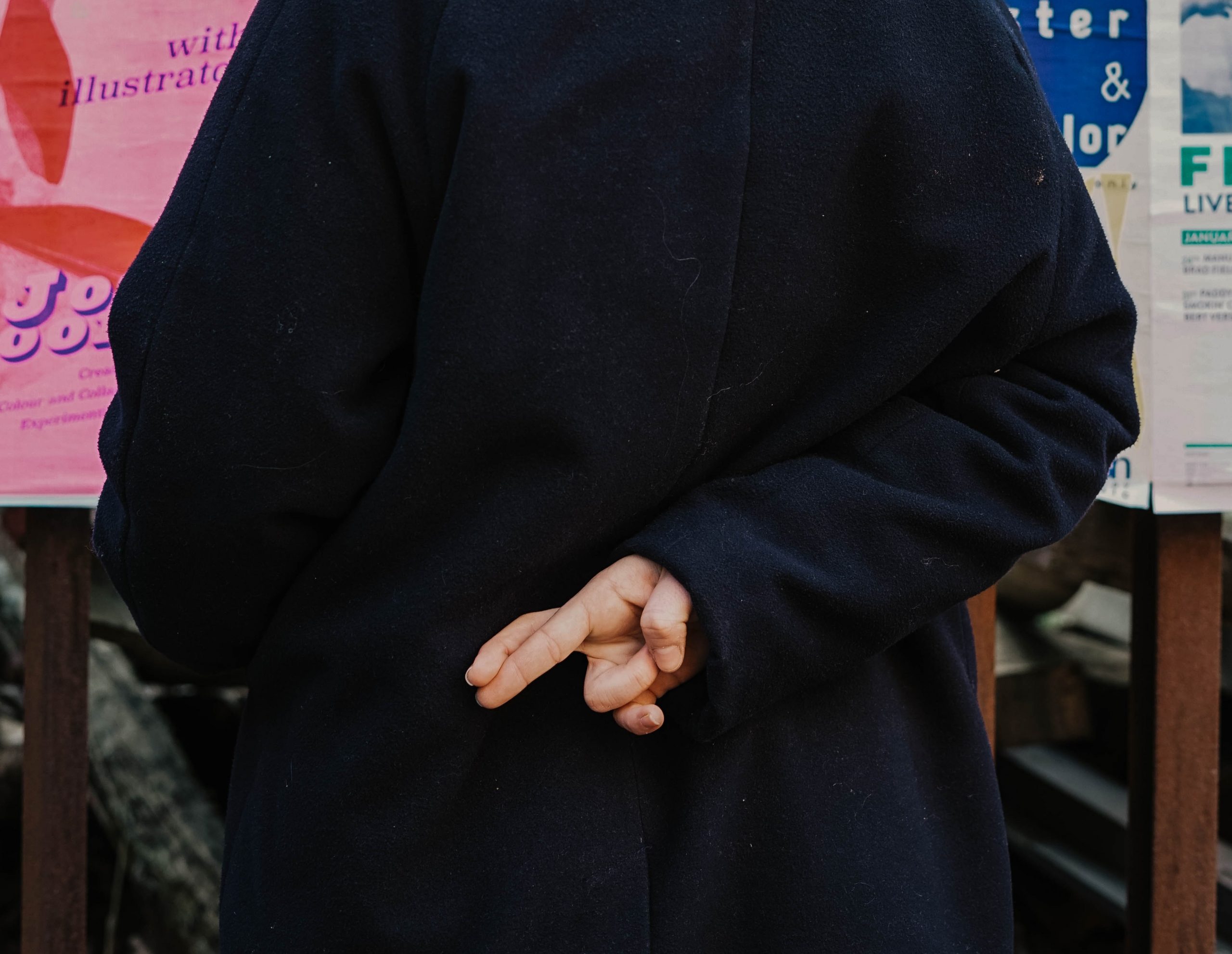 I have heard some pretty lame lies in my lifetime. Lies are told by children to get out of trouble, thinking that if they lie, they might be believed and therefore, not get into the trouble they deserve. Lies told by parents to their children, whether it be to get them to do something they don’t want to or to not do something their parents don’t want them to do. My personal favorite? Drinking coffee will stunt your growth – mostly because I don’t want you touching my coffee and I don’t need already energetic children hyped up on caffeine.

Lying is a sin, and even my telling my child that if they drink my coffee it will stunt their growth, is a lie. Yet for all the little lies parents have told, it’s nothing compared to the lies that are told to a woman who is terrified when she finds out that she is pregnant and doesn’t know what to do. In seeking advice on what to do in this situation, everyone has an opinion, but the lies around abortion are some of the lamest and most ridiculous things I have heard.

Lie #1: Having a baby will ruin your life.

I can think of many things that are way more effective at ruining a life than having a baby. Drugs. Alcohol. Criminal activity. Just to name a few. Babies don’t ruin your life. A baby will make your life more challenging and no one ever said that parenting was a walk in the park.

It’s hard, but it is also one of the most rewarding roles we will ever have. Even if you are not ready to be a parent, there is nothing more beautiful than allowing someone who desperately wants to have a baby to adopt your child. While a baby may not be on your agenda today, it is on the list of many couples who can’t have a baby. You will give them the gift of a life and your baby the gift of loving parents who will cherish him or her as if he or she were their own. What a gift.

Even if you decide to keep your child, you will quickly see that a child can only enhance your life, not ruin it.

Lie #2: Your birth control failed, not you.

Like most things, birth control is not 100% effective. Every doctor will tell you that the absolute only way to prevent pregnancy is by abstinence. Even getting your tubes tied is not 100% effective. I know of quite a few people who would not be walking this earth today had their mother’s tubal ligation been foolproof.

Even my fourth child is a walking miracle, as my doctor told me that there was a 99.9% chance I could not have another child, and yet, here he is turning my hair grayer every time I turn around. Part of consensual sex between adults is acknowledging that birth control can fail and that preganancy can happen. Recognizing this is part of being an adult. And using abortion as birth control is not acceptable. Women who have had multiple abortions and those who have worked in the abortion industry point to the fact that women absolutely use abortion as birth control, having five, six, or seven abortions.

Have you seen the movie, “Baby Boom”? J.C. Wiatt’s boss tells her pretty much this when she inherits a baby from relatives that passed away. The truth is having a baby changes a lot of things in your life, and possibly your career plans.

This does not mean that you can’t have a career and a baby, it just means you have to create a new plan. The amazing thing about humans is our ability to adapt to life changes. You don’t kill your spouse off when he gets in the way of your career goals do you? Of course not. So why would you end your pregnancy because having a baby and raising a child will deter your current path?

I was a single mom to four children and I managed, with the help of family and friends, to obtain three degrees to get to the career I ultimately chose. Life changed, but I didn’t toss out the kids in order to achieve my goals and trust me, it would have been easier without kids. That was not my reality. I adapted to my situation, I adapted to the changes that life threw at me that were meant to break me, and I did it. Did I mention that one of those four children was a baby when I got divorced and started the path to my career goals? You don’t need an abortion; you need a babysitter, family help, good friends, people who care about you enough to help.

Teen pregnancy is not ideal, and it is certainly not something we want for our young daughters. We want them to have fun, go to prom, hang out with their friends, and go to football games. We want them to do all the things teenagers should be doing, but when they make adult decisions, we should be encouraging them to take adult responsibility. I know plenty of teen moms. In fact,  a high school in our town had a daycare and was designed to allow teen moms to finish school. They take parenting classes along with their general ed classes and they learn how to be the best moms and dads that they can be. It’s not ideal, but it is an option.

Even the show, “Reba”, showed that teen mom Cheyenne was able to graduate and eventually go to dental school after having a baby in her senior year of high school. Yes, she learned some hard truths: cheerleading was over, prom was a nightmare, and her life changed, but it was not over, and she learned how to be a good mom.

Age is just a number and until menopause hits, you are not too old to have a baby. Yes, there are some serious concerns medically when you have a baby in your 40’s or even 50’s (it has happened), but you are not too old. I have a friend who has an absolutely beautiful baby girl, and she was 40 when she gave birth. There were some obstacles, but that little girl is healthy and beautiful. I may be biased. You may have to take more precautions, there may be some bedrest, depending on the situation, but you can have a healthy baby even in your forties. My own grandmother was pregnant with twins while my aunt was pregnant with her first child. Granted back then she didn’t know that she was pregnant with twins.

These are just some of the lies that women are told when they are contemplating what to do. The truth is that even medical reasons to get an abortion are not always legitimate. A friend of mine was told abortion was the best option when she was pregnant with her adorable daughter, due to medical conditions. Here is the thing: medical advances have come a long way, but they are not always 100% accurate. Had my friend given in to her doctor and had an abortion, she would now be missing out on her gorgeous, silly and perfect as they come, baby girl.

In fact, my cousin’s adopted daughter would essentially have been the poster child for children who should have been aborted when their mothers were pregnant, based on reasons women have abortions. Her daughter should have had numerous medical issues as while in utero her birth mother did drugs, not knowing she was pregnant and drank, and lived life as if she were not pregnant. Yet, her beautiful daughter literally has no medical conditions. She is small for her age, but currently at 5 years old, she is a medical miracle. She was born under 5lbs and left the hospital needing a car seat for a baby under 4 lbs. Just because your doctor says something may be wrong, science is not always correct. God is also bigger than science and miracles happen everyday when we put our faith in God and not medicine and doctors.

The enemy is the father of lies and his goal is to steal, kill and destroy. Abortion allows him to do all the above. It allows him to steal, kill and destroy your baby, when you have an abortion. Ultimately no one can tell you what to do and the choices you make, you are going to have to live with. Abortion is not your only option. There are many options available to you that do not include taking the life of your unborn baby. Adoption is an amazing alternative. Overcoming your fears and raising your baby is an amazing option that will bring more joy to your life than I can describe.

If you are in a crisis pregnancy situation, please reach out to Loveline for help. And if you’ve had an abortion and are in need of healing, please contact Support After Abortion.

First and foremost I am a single mom to 4 amazing children, who has a degree in Marriage and Family Counseling Therapy and who basically lives on Caffeine and Jesus, not necessarily in that order. Currently working on my first book. I am a huge advocate for keeping families and marriages together and living a life that is anchored in truth.

10 Things I Wish Others Knew About PPD

I want to be called a woman, not a “birthing person”