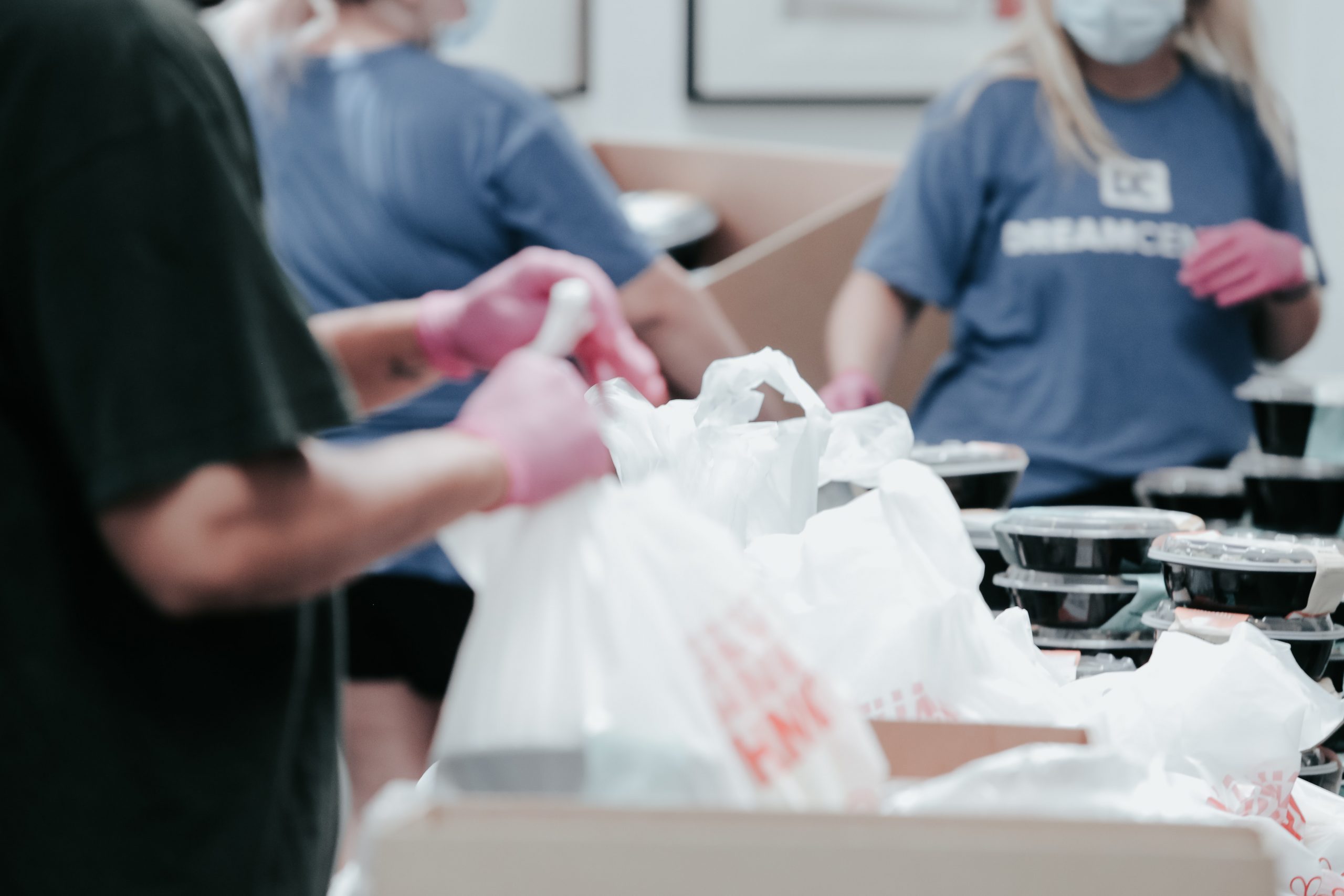 I drove across my small town and walked down the sidewalk, quickly, head down, hoping no one noticed me or even worse, recognized me.

I wore a heavy messenger-style “mom purse” and old leggings, a wrinkled mint green t-shirt, and unwashed hair in a ponytail. I didn’t have time to wash my thick hair, so I soaped everything else up and rinsed off quickly, fixed the kids a quick, heavily-carb-laden (cheap) breakfast, and left the house to go to the food pantry downtown. I used to send monetary donations to them or drop off food, always happily, because I love giving. I didn’t realize that in a short time, I would be applying to “shop” at the pantry store myself.

Please, no one recognize me

I held a mask in my hand; it’s always crowded and everyone is required to wear one inside the building. I left it off outside, then wondered if I should wear it anyway since I was so concerned about someone seeing me and judging me. This thought was ironic. I sure never judged anyone who needed the services there when I was giving money or bringing food before, but somehow, l felt the same grace would not be extended to me.

I was a ball of nerves driving there, and the same while waiting. It was made worse when I got inside and couldn’t find my driver’s license (it was in a bank envelope and I found it eventually.) I also had to do paperwork to “re-certify,” or to make sure I was still poor enough to need the food. It had been a year since I came that one time when we were in a rough patch. Their computers weren’t working. Everything required more waiting and more anxiety.

I felt it rise more when they said I might not be able to use the services today. I’m sure they saw it in my eyes. I had money, but I needed it for gas, and for medical bills and prescriptions. They fixed the problems and figured out that I was still, indeed, poor enough to get the help. I was sent outside to wait some more.

Finally, I was called back in. I wanted to pick my items quickly and unobtrusively, anonymously. I also realized I needed to maximize my selections. I needed kid-friendly options and also healthy items for kids with autism and sensory issues. They needed to be full, first and foremost, but secondly, I needed fruits and veggies that they would eat. I only found one produce item that one child would eat, and I put it in the cart.

I got other produce items for me that were things I could rarely afford. Wow. Organic salad? In the cart. Zucchini already sliced, what? Yes to that. I got breads and canned goods–even some exotic Indian sauce that I knew I could just heat up with some beans and rice and make into a meal for me. I got frozen meats and stuff to make spaghetti for the kids. I got a package of feminine items. I was happy with what I was able to get, but also still a little nervous. Some “safe foods,” absolute staples of the kids’ diets: there were none of those at all. I would have to go get those things. But I was still so grateful for every item.

The guilt and anxiety is crushing

When I was done, I pushed the heavy cart down the sidewalk and to my old car. I forgot bags and there weren’t any bags or boxes handed out, so I tried to arrange the stuff in such a way that it wouldn’t roll around as much in the cargo area. I would bag and box them at home to carry in.

I slammed the heavy door shut and took the cart back to the center, thinking, it is so obvious what I am doing right now. I’m getting food at a food bank. Why am I here, why didn’t I pick a better major in college? Why can’t I make more money? Why is my health costing me money that I need for other things?

The amount of guilt and anxiety I shoulder, it’s crushing. It weighs me down and makes my chest twinge and hurt, and my mind races.

How I lost my job

I’m reminded of the time I waited so many weeks to go to the doctor, that I couldn’t stand anymore and was hospitalized for several days. I couldn’t afford to miss one shift at work–the new job told me in the first ninety days, anything less than perfect attendance would get me let go. So I worked until I couldn’t stand anymore and had fluid in my lungs and a raging fever (pneumonia.) I was hooked up to IVs for five days, and told to stay home for five more in case it was still contagious. I was canned from the best-paying job I’d ever had, the one with the benefits and the decent pay.

I’m reminded of the time my mother skipped out on preventative healthcare just once, “because it cost too much,” and died from cancer as a direct result.

I’m reminded of how stressed and overwhelmed and overworked moms and women in general are, gluing the families and communities together, but ashamed to ask for the tiniest bit of help.

Too independent to say “We’re drowning over here,” because you know, women are supposed to do all the things. It’s expected. Moms are supposed to sacrifice everything and put others first. And while that’s a good moral code–loving and serving–I don’t think we’re meant to do it to the point of detriment of ourselves, of our emotional or physical health.

We’re not supposed to set ourselves on fire to keep others warm. There’s a balance in there somewhere, and it’s hard to strike. It has felt impossible to me, in my nearly four decades on this earth. When to say yes, when to say no, when to ask for help. I don’t want to be needy. I don’t begrudge anyone else getting help. But me? I’m supposed to do it all, only in the past few years I’ve realized, I just can’t sometimes.

I took the food home, stomach growling, but a little relieved. If I asked my family for money, they would give it, or maybe they would buy some groceries for us. But I couldn’t do that. How long will we need help? Everyone has their own lives, their own bills. No. Soon, our situation is going to change, I’ll get these medical bills paid, and things will turn around. And then I can go back to giving, too. Everything is going to be okay (someday.)

I unloaded the car at home, and asked for help carrying one single box inside, out of the many things that needed to go in. Just one single box, to save me one trip.

Hours later, I’m still thinking about how I should have gotten that box, too.

The day I gave my stroller away changed everything

How parenting my teen has brought me to my knees

When God told me to open my eyes…