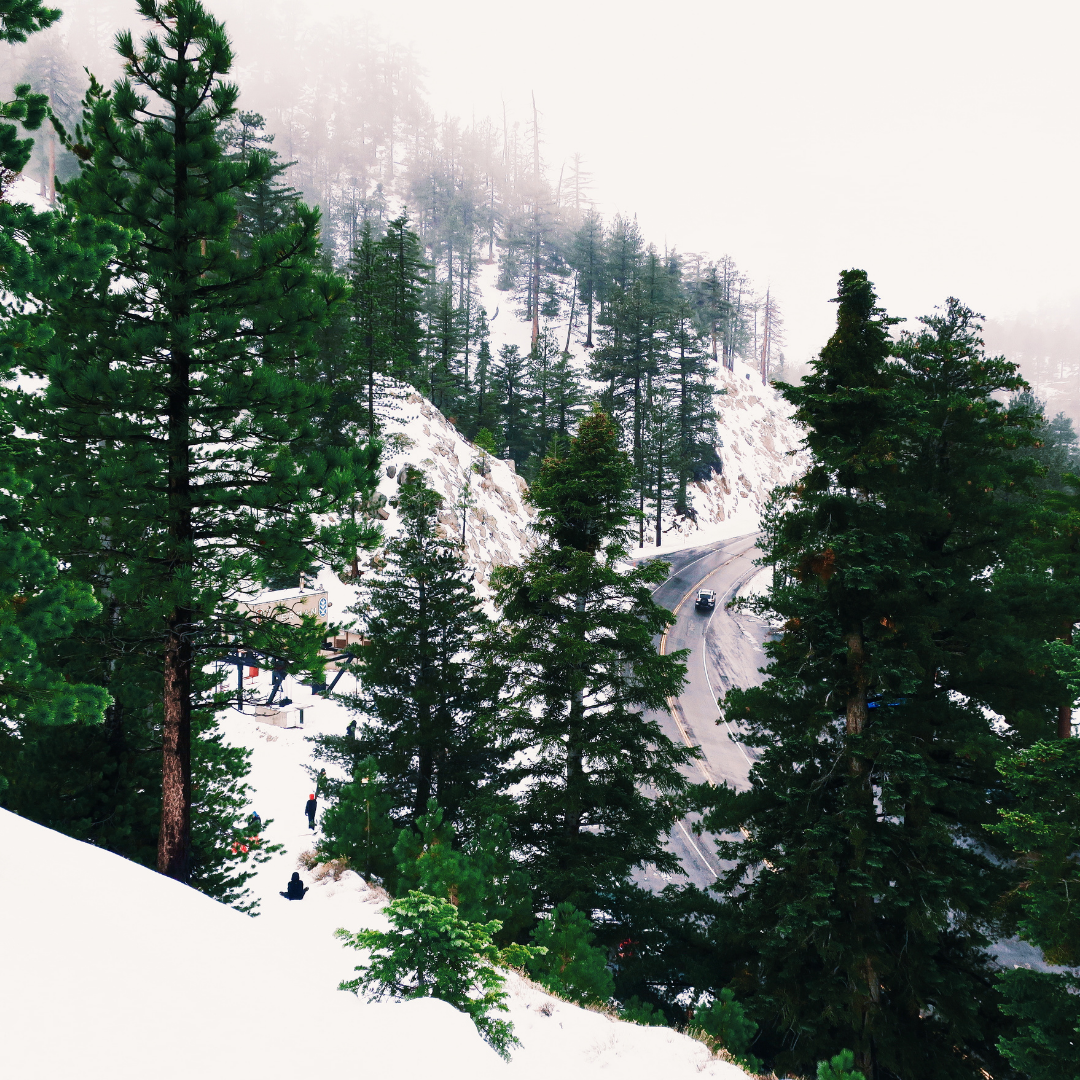 It was another bitterly cold day in the mountains. The snow had fallen the night before creating a beautiful white blanket of white across the country roads and landscape. It just so happened to be my birthday and I was thrilled. I don’t remember how old I turned that year but I remember standing in my Grandmother’s sitting room staring intently at the ever-darkening landscape. The snow had fallen all day resulting in an early school dismissal and it kept coming down creating extra layers of fluff.

As I watched the snowfall quietly, I pressed my nose against the old wooden windowpane and waited. My nose quickly grew cold but my body was cozy as my Grandmother’s house was always perfectly warm. I perched between the floral Biltmore House brand loveseat and the old gold floor lamp. The cars would creep down the windy, country road on their way home with cars full of bread, milk, and treats to enjoy while stuck at home in the snow.

I was waiting for something

The sun had silently set and the headlights of each passing car would shine directly into the sitting room where I was standing and impatiently waiting. I would see a headlight in the distance and my heart would skip a quick beat. I impatiently waited to see if the car would continue down our road or go straight down the hill headed elsewhere.

Birthdays were always special in our family. The day was full of surprises and I looked forward to them every year (and still do as a mom with her own children). Gifts were given, special meals were made, and I truly felt treasured that day in December each year without fail.

Sometimes life isn’t quite as you remember

This birthday was different. Life had taken a sharp turn straight down an uncertain hill headed to elsewhere. It was as if we were driving in our car and abruptly hung a left down a side-road we had never traveled before. All of the items in the car were now on the floorboard after the sharp turn caused them to shift.

Looking back you realize things weren’t quite the happy picture your brain tries to convince you they were but at that windowpane I didn’t see it yet.

Nose pressed against the cold window frame, I waited for my very last birthday present. My other gifts had been unwrapped, the cake was put away, and everyone had sung the last line of Happy Birthday.

A surprise I was promised by someone I loved but didn’t understand was still on the way. Hopefully. I had been wanting a pair of Sperry shoes for a while. These 90’s kid shoes were popular and I loved everything about them. I wanted them so bad I was willing to stare into the dark until they arrived.

This person bearing the gift had walked out of my life to pursue a broken road that ultimately led to devastation and rock bottom. They plummeted down a side road headed elsewhere with their life and crashed. Badly. Broken promises were plenty but I knew this time things would be different. Those shoes would arrive even in the inclement weather.

I got the gift but I lost so much more

As I began to lose hope, I heard the familiar rumbling coming down the two-lane country road. The hum of a loud truck that I knew contained my shoes. Peering outside, I confirmed my suspicions. The shoes were here! I ran outside in the thick, powdery snow and ran to the truck to grab my shoes. Two people sat in the truck and I tried my best to keep it short so I could run back inside with my goods. This is what I had been waiting for!

The gift bearer wished me a happy birthday and handed over the precious cargo. I was thrilled and offered my thanks but didn’t say a word more. I couldn’t wait to try them on and wear them to school I told myself. I said goodbye to the white truck and those inside and ran inside the cozy house to try them on. They fit perfectly of course and I could finally enjoy the last few moments of my birthday.

As I threw the box away along with the cardboard shoe inserts, I still felt unsettled. I chalked it up to fatigue or what I didn’t know at the time was anxiety.

But as the years passed, I realized that those snow day Sperrys still linger in my mind. They quickly became frayed and eventually landed in the local Goodwill bin many years ago now.

That snowy evening, although a blip of my past, is still hard for me to think about. With my face pressed up against that windowpane, I was a little girl waiting for a birthday present. I told myself the present would come through. I would get the gift and it would be great. I stayed hopeful that this promise would be kept.

I was waiting for more

But as that white truck drove away that night, kicking up thick snow as their orange headlights faded in the distance, I realized that all these years later, I was waiting for more than a pair of snow day Sperry’s that evening.

That late-night gift was the last small bit of hope I had left that promises would be kept and that was what the little girl standing at the window was waiting for that year.

Jordan Burchette is passionate about writing stories that inspire, connect, and challenge others. She is a wife, mom, follower of Christ, and aspiring author. When she isn't writing, she is creating professional websites for brands and businesses.

Here’s why I still send Christmas cards in the mail