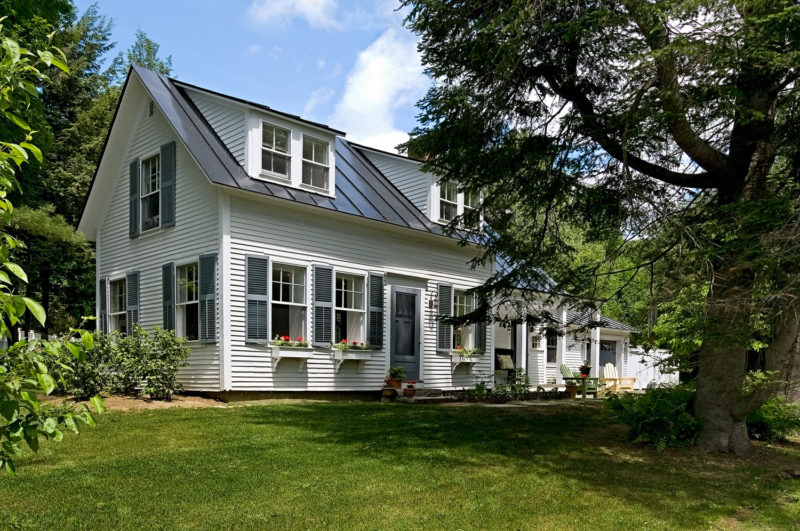 On a summer evening, just as my husband and I were getting into bed, we received a call from my mother-in-law who calmly stated she had just called an ambulance for herself. My husband dressed and frantically drove the ten miles to her residence, reaching there just as she was being loaded into the ambulance.

I bundled up our three kids and followed. While my husband was at the hospital, we would be staying with my father-in-law who had Alzheimer’s. Recently, we had spent time with Mom and Dad and had listened while Mom expressed frustration over Dad’s forgetfulness. We recognized he was forgetful, but until that night, when Mom went to the hospital, we had no idea how bad he was.

The kids and I were about to start our third year of homeschooling. I typically spent summer months preparing for the upcoming school year and I knew that spending a week or two out of my home would not set my preparations back beyond repair. We were certain that as soon as the doctors adjusted my mother’s-in-law medication, she would be home, and we would be able to return to our home.

The first morning I woke after the ambulance had been there, my father-in-law greeted me with, “Where’s Evelyn?” I reminded him what had happened the night before and for a moment he understood. That moment was brief, and the rest of the morning consisted of the question being asked and the same answer being given. Was this what Mom had been going through?

I thought my father-in-law would have some projects around the house to work on as he was always building or repairing something. But after breakfast he became irritated and simply stood at the large bay window in the living room waiting for his wife.

How will this possibly work out?

In the week that followed, while the siblings met with the doctors to learn more about their mother’s medical condition, I stayed with my father-in-law. The final diagnosis shocked us. My mother-in-law had a faulty valve in her heart. The remedy was open heart surgery. Although pleased that the doctors determined she, in her seventies, was healthy enough to undergo the procedure, we also knew the recovery time would be months.

At this time, my husband and I were in the early stages of building our new home which had reached the point of construction where it was suitable for us, a young family of five, to live there. We had a temporary kitchen set up in what would one day be a family room. The kids were in their bedrooms with just stud walls and our temporary bedroom was in the basement where our classroom was set up. The house was not suitable for my elderly in-laws.

Their home was a two-bedroom cape. The second bedroom was decent size but not for five beds! We pushed twin beds up against each other and we stacked our clothing in covered bins stacked one on top of the another. There was no way to make the beds so sheets were pulled up as best we could.

The day came for my mother’s-in-law surgery and again, I stayed with Dad while my husband and his two siblings were at the hospital. Everyone in the family gave a sigh of relief when the doctors announced the surgery went well. Now we had recovery ahead of us.

Weekly, my brother-in-law and sister-in-law would call to be supportive. They were most appreciative that I was “able” to be with Dad during this time. I was the obvious choice as they all worked and I “just homeschooled our kids.”

Weeks were turning into months. The stress on my father-in-law made his Alzheimer’s worsen. Each morning now, as I helped him dress, I would ask if he knew who I was and he would reply, “No, but you seem like a nice lady.” It broke my heart to see him slipping away.

My stress level also increased. The supportive calls from my husband’s siblings became harder to handle. I had nothing prepared for the school year which had already started and every lesson I began was interrupted when my students’ grandfather attempted to leave the house. I would have my kids play cards with him and although I knew this had wonderful relationship value, a game of Go Fish (which their grandfather struggled to follow), was not teaching them math or science. During each phone call now with the relatives, I voiced my frustration, “I need to get home!” But how?

Then I couldn’t leave

My father-in-law could not be left alone for five minutes and my house was not suitable for either of my in-laws. I was now a full-time sitter for him, unable to leave the house even to grocery shop. Their suggestion was that I put my children in public school. My suggestion was that they ask for a leave of absence from work.

The decision was made by the family to sell the home. We would receive our one third inheritance and make our home suitable for my mother-in-law to move in with us while my father-in-law entered a nursing home. At least we had a plan.

Slowly, over the months, I had allowed frustration to steal my focus and, unaware of how consumed I was, I spiraled down a dark path. As I struggled with things of the world, I had become vailed to God’s purpose in our lives. This was about to change.

One night as I was assisting my father-in-law into bed, my 11-year-old daughter came and stood beside me. Settling in, Dad started to cry. Tears streamed down his cheeks and before I spoke, my daughter spoke. This young child who still needed me for so many things, did not turn to me. In that moment, she was a flawless reflection of God’s love. 2 Corinthian 3:18 reminds us, “And we all, with unveiled face, beholding the glory of the Lord, are being transformed into the same image from one degree of glory to another.” Her face was unveiled, she saw the glory of the Lord, and she was transformed.

This precious child whispered, “Grampa, what’s wrong?” Sobbing, looking at the ceiling in the semi-darkness, he answered, “I don’t know where my family is.” I stood motionless as my daughter, whose eyes never left her grandfather, pulled back the blankets and crawled into bed next to him. As her hand reached up to stroke his head she replied, “Grampa, your family is right here, and I will stay with you until you fall asleep.” As the veil fell from my eyes, I quietly backed out of the bedroom.

I stood in the hallway and cried. What a fool I had been all those months fretting over academics. This. This is what is important!

The next day I sought out a favorite hymn and I played it as I did the dishes, cleaned the floor, and watched my children walk with their grandfather around the yard.

Hello from New Hampshire! I am the mom to 11 wonderful kids! My wonderful husband had no idea the crazy adventure he would be on when he married me! We started with three Russian adoptions and then continued to adopt eight through fostering. We feel absolutely blessed! Over the years I have acquired different talents. One is the ability to heal an invisible cut with a band aid and a kiss. Both my husband and I are particularly surprised to have survived teaching 16 children how to drive and successfully go on to get their driver’s license.

Part 1: Our Sex-Crazed Culture is Devouring Our Kids