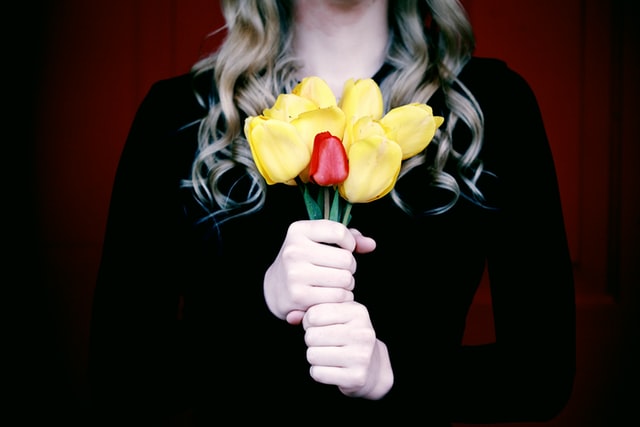 I learned a new acronym today: WOW! Wives of Widowers. Unbeknownst to me, I am part of a clan. We are the WOWs. Since I first began dating my now husband, I had resisted the urge to turn to the internet for answers to the many questions I’ve had while getting to know him. I held back mostly due to my disdain for the idea that he is some project to be researched, some phenomenon to be studied. That, and the internet’s tendency to populate the first page of search results with tales of horror and carnage, kept me from entering those keywords of curiosity for a long time.

I am part of an even smaller clan, too. We are the stepmothers of children whose mother died. This was the real source of the sort of feelings that ultimately did motivate me to google those circumstances that until then were known to me only as My Life, My Marriage, My Relationship with my Stepson.

I realize now that finally taking this search engine plunge was one of the first concrete steps towards settling into my new life. It took me nearly four whole months of marriage, combined with one particularly cathartic confession with a favorite priest, to realize that I am in the midst of the greatest transition of my life thus far. It’s one of those rare existential transitions, too; not comparable to moving from the Midwest to Washington, D.C. for a new job, nor even as significant as when I hunkered into a mud hut in a far-flung village in Senegal for two years with the Peace Corps. Those were big transitions: new languages, new climates, new cultures. This transition, though, is permanent. I’m moving from one life to another, from one version of myself to the next. For better or worse. Til death do us part. And even then, thank God, life can never again be what it was in those days of carefree galivanting by myself.

Along a spectrum of one’s comfort with asking for help, I lean hard in the direction of fiercely independent. It’s hard to even write that. Now I want to commit the rest of this paragraph to explaining why it is reasonable to be independent in circumstances like mine. Now that I’ve waded into the cybersea of advice and commentary on the topic, though, at least I know I’ve been treading water for a while now.

Of course I don’t resonate with every sentiment I’ve read. For example, I feel no pressure from my husband to be like his late wife, like his son’s mother. Discovering that this is the case for many, though, made me all the more grateful that it hasn’t been my experience. Neither have I encountered anyone who has openly expressed doubts about my capacity to fully mother and truly love my stepson.

Warranted or not, though, I do sometimes harbor insecurities about these potential judgments. My experience of mothering my stepson is so full-time and emotionally acute that I am occasionally stopped short if someone inadvertently suggests it might be anything but. I once left my stepson at a friend’s for a play date and called goodbye to him as I was leaving. He was totally immersed in the world of nine-year old boys that he didn’t hear me. Another mom piped up and called to him, “Hey! [Sarah] is saying goodbye to you!” She had good intentions, but it stung to see that she felt she should prompt him to pay attention to me, that she perceived less of a closeness between us than what we actually experience together every day.

Besides some angst over that interaction, though, I have not spent a lot of time overthinking it. Perhaps I should. I truly dove into it fearlessly, almost thoughtlessly. I am usually quite grounded in my faith and rely almost entirely on the belief that everything will be okay, or better than okay. This has mostly served me well, as it propelled me boldly into a life that is new in every way imaginable. I figured everything had fallen into place so far: we met on the sidewalk, we fell in love, we got engaged, we got married. Overnight, I became a man’s wife, and I became the only version of a mother to an eight-year old boy. This was a lot, but I hadn’t planned any of it. Why start now?

That’s all still true. But what I am starting to realize is that, as I become more aware of everything that is different than it once was, it would be foolish to pretend I know what I’m doing. It’s probably time to ask for help. And forget about finding stepmoms of children whose mothers have died; I’ll take any mom! I was single for such a long time that my friends are mostly single and childless too; eventually we all found each other and bound together. That’s a beautiful thing, but not much help when I want to know if toothpaste on the sink handle is a hill I should die on, or whether boredom during mass is a canary in the coalmine of adolescent deviance. I truly have no idea what warrants letting go, or whether there is anything I can justify clinging to with vehement passion.

Writing this here, to mothers of all persuasions, is my first attempt to connect with a community of women who might help me through the important process of naming my new experiences. I look forward to whooping it up with the other parents at our school’s Friday Fish Fry, and soaking up every real-life interaction that will happen once we finally watch the taillights of this long pandemic-induced isolation disappear into the distance. Until then, I will happily hunker down with a virtual community of like-minded women, and hope to find that here.

My deepest prayer for my daughter

How to encourage both working moms and stay-at-home moms

The Top 7 Books You Should Read to Your Toddler