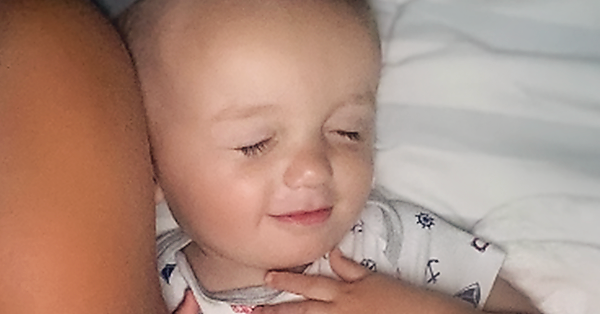 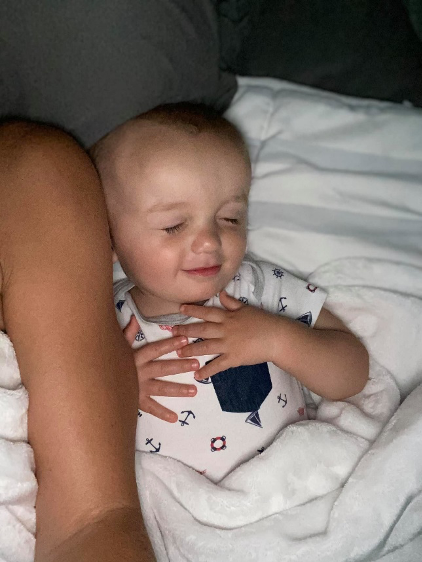 This is my son around 6:00 am this morning, yes, smiling in his sleep.

You see, I had just got him back down. He woke up crying and when I reached my arm around him, he was wet. My poor sweet Love had peed through.

I quickly scooped him up, got his onesie off, wiped him down, changed him as quickly yet gently as I could as he was still out of it and at this point chilly.

All I could think about was how he stared at me as if he was thinking to himself,

At 12 months old, his brain is a sponge and it seems he’s grown into this “older baby” stage of appreciation.

That He promised would take care of me and be sure to always be there when I woke in the middle of the night and into the early mornings.

That He told me would feed me and nurture me and make sure I would never be hungry, for long anyways.

That He showed me that would rock me and scoop me up and would hold me even when her arms were tired.

This morning as my son fell back to sleep, he had a smile on his face; truly unbelievable. It was as if he felt so good now being dry and changed and warm and had another feeding and snuggled back in his favorite spot in the world, thinking to himself …

Sometimes the best Mother’s Day is the simple, unexpected one