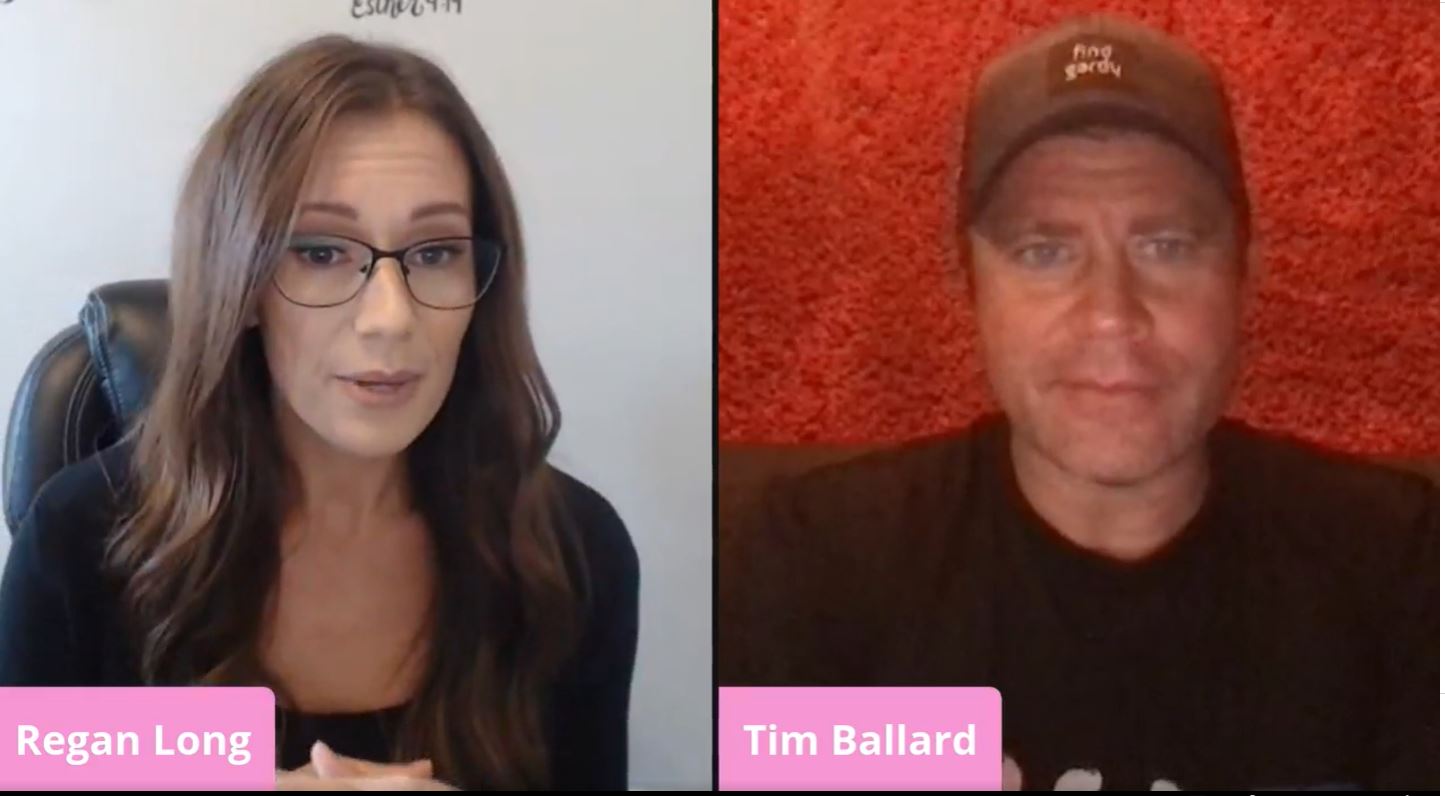 Tim Ballard is the founder and CEO of Operation Underground Railroad, a nonprofit that fights against child sex slavery. He is also the CEO of The Nazarene Fund which seeks to save oppressed religious and ethnic minorities in the Middle East. Regan from right here at The Real Deal of Parenting interviewed him on Facebook and let us say, with zero hesitation, that this is a must-watch interview. The interview is also embedded at the end of this story.

The interview is not easy to watch (trigger warning – not for kids) but parents, this is important. If your kids are on apps, games, or social media, you have to watch this interview. Pedophiles use the internet for predatory behavior and they are good at it. Tim says that in other countries, traffickers use clubs, beaches, and outdoor venues to exploit children. But here in the US, it’s all online and parents need to be hyperaware of how it works and what they can do to protect their kids.

“We’re the #1 demand”, Ballard said about sex trafficking, meaning that us Americans are fueling the demand. Back in 2006, laws changed and opened the doors for the first time for US agents to go oversees and look for pedophiles and then track down those kids they were using for exploitation. It was Tim’s job to go find these Americans and if he didn’t, mostly due to budget, he had to come home.

His organization, Operation Underground Railroad, was born due to his refusal to leave Columbia and Haiti. He was very close to busting huge trafficking rings and rescuing a lot of kids and money ran out. His wife urged him to quit his job so he could stay – and he did. He ended up rescuing 28 kids in Haiti who were being sold (he and his wife had six kids at the time and ended up adopting two of Haitian children) and several others in Columbia.

“That’s a mild case comparatively,” said Ballard. “I’m not downplaying it at all. The kids we are helping are much younger than even those young girls who were trafficked by Epstein.”

“Families I talk to often cannot even comprehend that kids as young as seven are in child rape videos. Rightly so, but how do you get people to wake up? It’s understandable. No parent want to think about this.”

Media doesn’t cover this either. Millions of kids are being raped for money, their organs are being cut out for money. Ballard is adamant that this should be the headline every single day until we solve it. It’s the one thing left on the table that transcends every political and social line – that kids shouldn’t be exploited and trafficked. He says Americans need to rally around this.

“I think the media is a reflection of society and we want to be outraged and upset. Let’s get so outraged over this and the louder people get, the more podcasts they see about this, media will notice and see that this is what people want and cover it,” Ballard said.

It’s surprise our nation is terribly divided in everything but especially politics. Ballard briefed President Trump about his work and asked for assistance, which he got. But when he told his donors, many weren’t happy.

“When I went and briefed [President Trump], I lost a thousand donors. I would have given the same brief to any sitting president. This has to be a priority and issue no matter the Administration. We aren’t a political organization,” said Ballard.

Parents need to level up

Parents want to know if there are apps or social media sites that are safe for kids.

“Parents need to understand that any app or game your kids are playing, if there is any connection where someone can access your kids, it’s not safe,” said Ballard.

“For example, a 42-year-old pedophile was playing games with six-year-old girls, pretending to be a kid, and got the girls to send him naked photos. Parents need to know the games that are on their kids’ devices. Pedophiles are experts at accessing our children. Social media games and platforms are where they are getting access to our kids.”

Overseas, kids are being sold on the streets, beaches, or clubs. Here in the United States, it’s social media that opens the door to our kids.

“Parents have to level up,” he said.

What the entire interview

6 Ways to Instill a Love of History In Our Kids