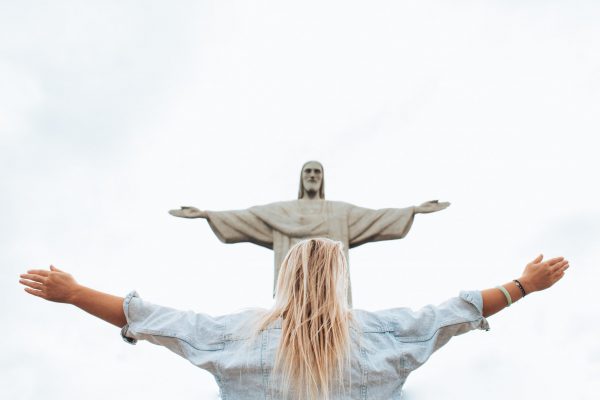 It’s that time of year. Mother’s Day. I try to avoid it, try to hide from it but it’s nearly impossible, especially now with the work that I do. Motherhood did not come naturally to me and I suffered from postpartum depression, I’ve placed my child for adoption, and I’ve had an abortion. I’ve learned very difficult lessons as a mother and while Mother’s Day is always something I tend to avoid, there are ways to cope with inevitable comparisons to other mothers and the bad decisions I’ve made in the past.

I wasn’t exactly Mother of the Year

I have not always been a good mother. I was inept. I was fractured. I was incapable for so long.

I didn’t braid or even brush their hair. I kept it cut so I didn’t have to deal with it.

I didn’t put them in dance, gymnastics, tee ball, soccer and all the things when they were little.

I didn’t do crafts and make cookies with them.

I didn’t have big birthday celebrations with a theme and invite every single person we knew.

I didn’t homeschool or stay at home and care for them. I’ve worked at least two jobs at a time for most of my life.

I didn’t snuggle them all day when they were hurt.

I didn’t potty train them – they learned at daycare.

I didn’t make dinner every night.

I didn’t check all the labels.

I didn’t monitor every book and TV show they watched.

I didn’t do Elf on a Shelf.

I didn’t document every milestone and memory.

I didn’t make sure that every meal was balanced.

I had zero maternal instincts

I became pregnant for the first time when I was 20 years old. I was married and my husband was ecstatic. He was pretty traditional and wanted the whole family thing. Meanwhile, I was still trying to figure out my own identity, scared to death of the thought of motherhood. I lost my mother when I was eight-years-old to domestic violence – which means I lost my father to prison also. I became an orphan and entered the foster care system. I had no real role models in my life and no secure support to guide me.

Throughout my pregnancy I was sort of “detached” – almost denying that this was happening. I had no maternal instincts whatsoever and so immature and selfish. My son was born nine weeks early and while he was in the NICU, I was at the bar. I would pump my breast milk and still give it to him after drinking all night. I was so void and so numb and so at a loss. When he came home after five weeks, every time he would cry, I felt like I was going to lose it. I could see visions of me doing terrible things that I won’t describe.

I saw myself as unworthy, unqualified, undignified, and insignificant. And then looking at this baby, all I saw was more overwhelming responsibility. I was so tired – I couldn’t even take a shower. Little did I know that I was suffering from postpartum depression and possibly psychosis. I would call the Ranger barracks where my husband worked and beg him to come home when the baby would cry. I reached for help in my own way but I was so ashamed of my thoughts. I mean, who thinks of slamming their kid against the wall because they cry? I know now that I was not alone in this, but at the time I was so afraid of telling anyone.

At a recent recovery meeting, I listened as a dear friend who is a veteran of the Iraq war shared about the bitterness he holds in his heart toward his ex-wife. While he was in Iraq, she was sleeping around and draining his bank account. I listened as this man shared how he thought of killing her and probably would have if someone had not stepped in.

I was just like his ex-wife. When he spoke, it reminded me of the amends I had to make to my ex-husband 17 years ago when I got sober. He is a good man. His wife is a good woman. I was a toxic person. When our marriage ended, I surrendered my parental rights and my son was adopted. He was 18 months old when I let him go. My decision to place my son in the arms of another woman was completely selfish. For years I justified it saying, “It was best for him”.

And that was a lie. He needed his mother. What was best for him was for me to get well.

My past laid wreckage on my present

Why am I saying all of this? Mother’s Day is upon us. And it’s so hard for me. There are so many sentiments that people have that I don’t hold to.

Adoption is traumatic. I’ve had an abortion also. It’s traumatic. I have an older daughter who has not communicated with me in a few years because I didn’t get well until she was 11. The wreckage of my past wrecked their present.

But it has all led to amazing grace because only God can change my nature. We are told to “love God, love people” and it has been said that it should come naturally if you’re a Christian. I’m a Christian but it does not come naturally to me: it comes supernaturally.

Everyone’s highlight reel of motherhood is quite intimidating and if I used that as a measuring tool, I would never meet the expectation.

I have struggled with motherhood and inadequacy and addiction and mental illness and tried to just speak life into my circumstances. I finally decided to stop comparing, competing, and complaining and start compassionately caring for myself and empowering others. I got the help that I needed and today, I do my best to be for others what I didn’t have in my time of need.

I can’t change history – but I can change the future by deciding each day to do the next right thing. I live my life one day at a time. I have to. I’m not promised any more than that. And here’s a vital truth: the only person I have to better than is who I was yesterday!

Comparing yourself to others can cause stress, envy, even depression and comparing is a no-win situation. Every time I compared myself to somebody else, I was setting myself up for failure.

Breaking the cycle of comparison

Is this you too? Are you ready to break this cycle of comparison? Here’s how I did it:

Instead of focusing your energy on what you don’t have control over, work on what you do. So if another stay-at-home mom you know also works part time, then don’t make excuses, make it happen. If you can, then do.

OK so consider this: If the one you’re comparing yourself to wrote her biggest fear on a piece of paper and offered to exchange it with yours, would you want to?

3. Pat yourself on the back.

Instead of comparing or measuring yourself against other women, compare the woman you are today to the woman you used to be. Make a list of your greatest accomplishments and give yourself some credit. We don’t do this enough.

Rather than wishing your life was more like someone else’s, be grateful for what you do have. Make a gratitude list of three things you are grateful for today- that don’t include another person.

Be where you are – learn to love yourself. Everywhere you go, there you will be.

Sometimes this comparing can actually motivate us to make positive changes in our lives. Instead of wasting time thinking about how another woman has a better life, invest your energy into your own goals.

I choose joy today. I am on a continuous journey of healing and recovering what God intended for my life. I’ve learned that rigorous honesty and unconditional forgiveness lead to freedom. You can have it too!

The Most Meaningless Advice We Give New Moms

A Lesson from the Football Coach