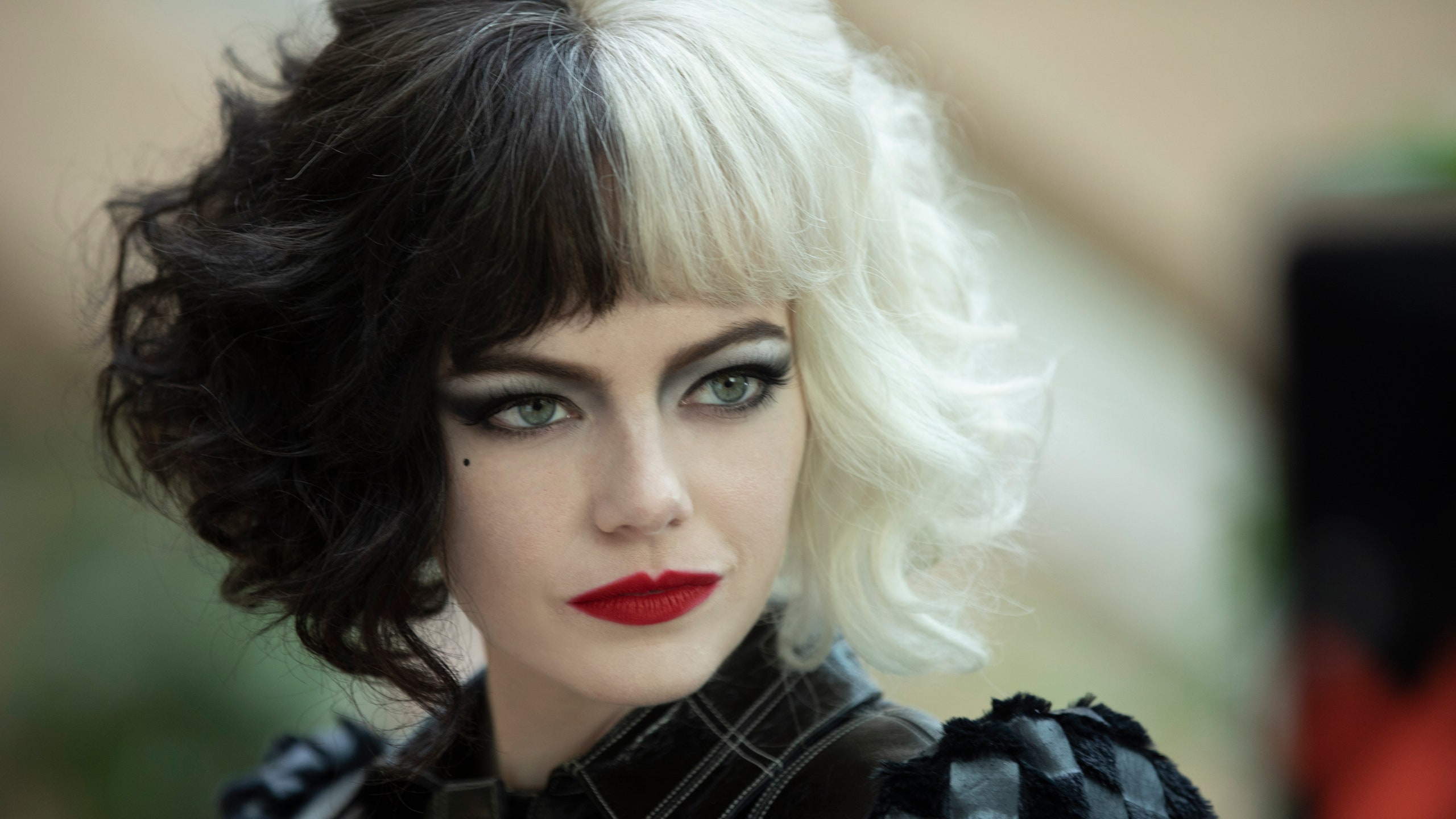 Cruella Deville. (De Vil) Most of us remember her from one of our favorite childhood animated Disney Movies: 101 Dalmatians.

If you have any kind of social media presence, you most likely have seen the controversial mixed reviews popping up in your news feed about the new Disney movie, Cruella, starring Emma Stone.

A prequel to the live-action 101 Dalmatians of the 1990’s, starring Glenn Close, Cruella is set in the 1960s-70s, opening with an introduction to Estella, the main character. Estella, a young girl trying to please her mother, but still finding trouble with each new day, soon finds herself an orphan after her mother is tragically killed—the event that encompasses the pivotal moment of drama around which the remainder of the movie unfolds.

Shortly after the tragedy of her loss, Estella meets Jasper and Horace, and they form an unlikely friendship–turned family–spending their days stealing and plotting to survive. While Estella dreams of designing clothes, she spends her days cleaning the boutique that holds the clothing she wishes she had created. Until a night of one bad choice following another lands her both in hot water, and headed into handcuffs, until The Baroness (Emma Thompson) steps onto the stage.

Estella quickly finds herself working for The Baroness, her idol and fashion icon, and the two quickly steal the show–both uniquely talented and hardworking designers. When the past events of Estella’s life begin to unfold, with The Baroness at the center of it all, Estella boldly morphs into Cruella, and the real drama unfolds–as does the question–will you sympathize with this villain the events of the past that led to her evil ways, or will you view her as just that: a scoundrel and evildoer?

The answer is, perhaps both. Estella-turned-Cruella never quite shakes the events of her childhood, leading to the emergence of Cruella, and while viewers can understand this, her inherent threat to potentially skins precious puppies to use their furs in one of her new designs, leaves viewers with a villainous taste in their mouths leaving the movie theater.

Screenwriters, Dana Fox and Tony McNamara, seem to create a mental game of tug-o-war for viewers–letting their ethically controversial protagonist travel over to the dark side, all while striving to keep her sympathetic to movie-watchers. As a result, the film truly never finds its righteous foothold.

While the film is rated PG-13, parents have to ask if it’s appropriate for children.

Running for over two hours, did Disney hit or miss the mark of its supposed child audience? Is it even appropriate for our tweens and teens, and is it interesting enough for younger and older adults, alike?

Unlike the original animated family film of the 1960s, this is not a cute-and-cuddly-as-a-puppy movie suitable for young children, as the film contains a buffet of distorted values–including themes of vengefulness, cross-dressing and homosexuality, scenes of conformed violence and some mild explicative language–noting the film draws to a close by inviting her entourage to live with her in her newly renamed mansion, “Hell Hall”.

Of course, the best advice to heed here is to watch it first yourself if you’re able. You are always the best judges for your children. Our opinion, being more a “darker” film, some scenes would definitely be too intense for younger children.

Ultimately, it’s up to parents to determine whether or not they ought to take their children to view this darker, reimagined film experience, or stick to the original animated classic available on Disney+. While Cruella definitely portrays a more compelling live-action remake than most recent movies–it does so–perchance, at the expense of the original film’s appeal to children under thirteen.

More than 40% of Millennials Don’t Believe God Exists. We need to take some responsibility.

Bombshell Interview with Whistleblower Nurse Erin about the Pandemic