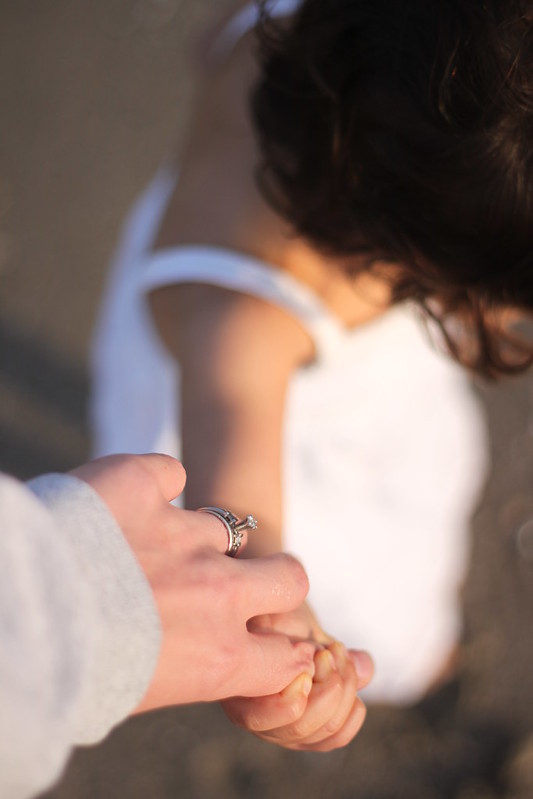 I joined a conversation with two of my friends the other day. The topic was children, one I feel right at home discussing. As I listened to one of them, a young mother who was discussing her preschooler, I shared some thoughts and feelings about my own daughter and son.

It wasn’t long before I noticed how they were looking at me, obviously not quite knowing how to react to what I was saying.

You see, my daughter and son are actually the same age as my young friends. As I talked about my children, I described how much it meant to me to feel their arms around me, to hear their voices, to simply look at them. I echoed my young friend’s thoughts about her own son. What she was describing was so familiar to me, yet it was something from a lifetime ago.

A child always remains a child to their mother

As I think back to myself at the age my friends are now, when I was a young mother, I realize it never occurred to me that there could be someone in the world who missed me, who could long for me in the way only a mother can. As a woman who grew up for most of my life without a mother, it sometimes escapes me how she would have felt about me if she had been given the chance. I never realized that a child always remains a child no matter how many years pass by. I just thought I had grown up. It wasn’t until I had my own children, until those first two decades flew by, that I realized how my feelings didn’t change even though everything around me did.

My friend talks of time spent with her young son, someone she can still hold on her lap, someone whose little hand reaches out to her, someone who tells her every single detail of his day. She doesn’t realize how bittersweet her words will be to her one day.

I wonder if she understands how much her own mother longs for every bit of that even now.

I know it would be silly for my grown children to sit on my lap, but I find myself simply longing for their touch sometimes. I miss that. I miss being able to scoop them up and spin them around.

I know it would be silly for my grown children to reach out and hold my hand every time we’re together, but I want to remember what those fingers felt like when they wrapped themselves around my own. I miss them reaching out. I miss leading them. I miss having them with me.

I’m so grateful for the relationship I have with them. I recognize it as a new stage, and I totally get that it’s natural to become friends as we all grow older. I truly love what I have right now, but in my heart, when I look into their faces, I can’t help but to see who they were so long ago.

I’m happy for them both, happy for the lives they have made for themselves, happy that they have a circle of their own. I love watching them play roles I played so long ago, a time that sometimes feels like it was just yesterday. I love where they are at, even if that means sometimes I’m watching from a distance. But my love has never moved. I’ve never stopped being the momma who looks down at the baby in the crib and feels joy over the blessing of a new life.

Life moves on when we aren’t looking.

But, for a mother, so much stays the same.

Sandy Brannan, author of Becoming Invisible, So Much Stays Hidden, Masquerade, and Frozen in Time, teaches middle school and high school English. Sandy's idea of a perfect day is one spent creating memories with her grandchildren. This usually includes coloring and reading a lot of books. You can read more of Sandy's work on her blog at sandybrannan.com.