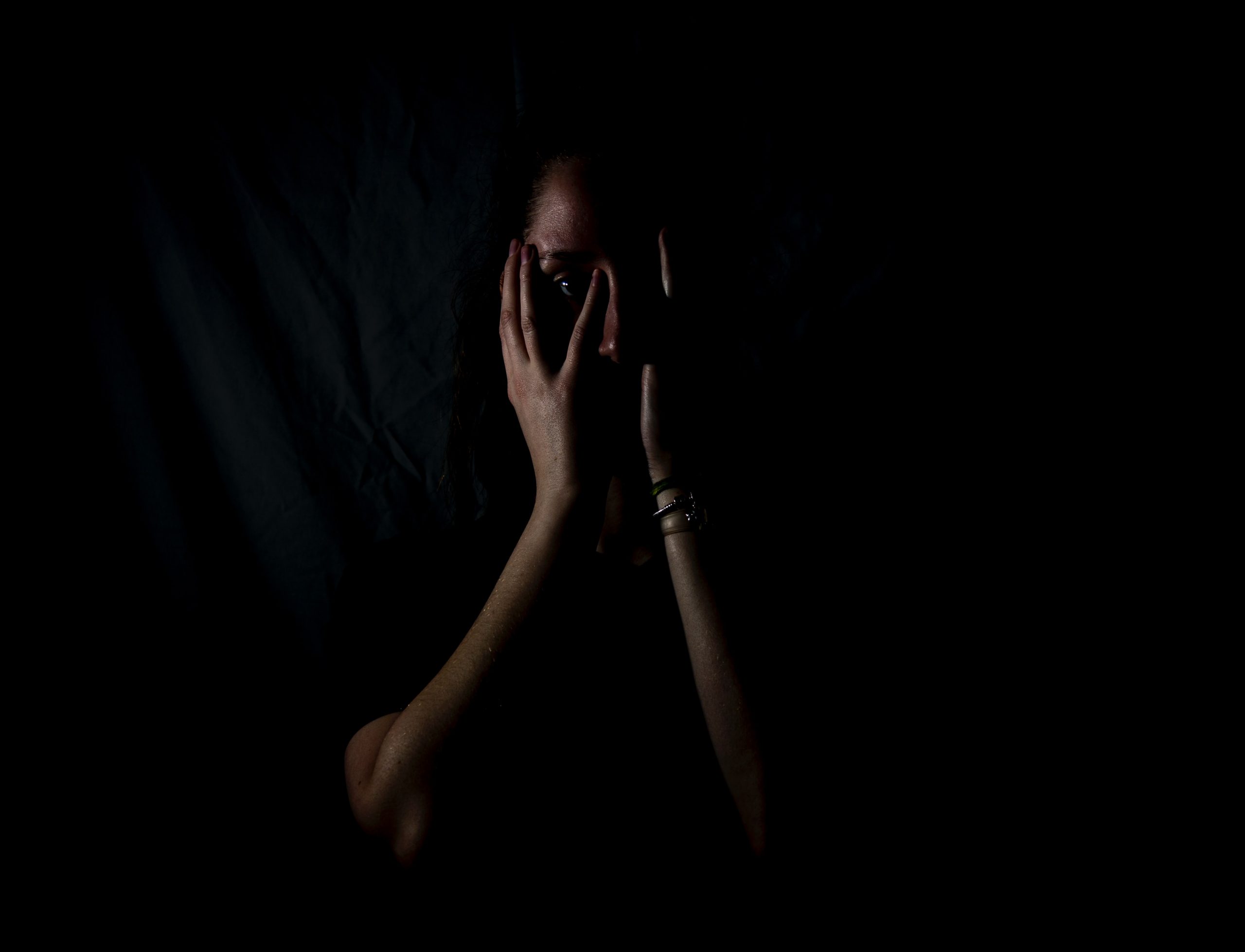 We are living in uncertain times, to no one’s surprise. It is unsettling to watch the news or scroll through social media. The world seems to be in complete chaos. My questions: is it possible to not feel the fear that surrounds us? How should we respond? How should we cope?

Can we live fearlessly? I believe we can. I’m not calling for recklessness; I understand that there are real dangers in the world and it is good to be prepared and take precautions if needed.

Fear, as defined by Miriam-Webster Dictionary, is “an unpleasant often strong emotion caused by anticipation or awareness of danger.” That is no fun to deal with, right?

Fear is prevalent especially among women

When our family is on the road, ministering at churches across America, I often have the opportunity to pray with women at the churches. Fear is a common theme/prayer request.

Fear can present itself as worry, stress, anxiety, and actual physical terror among other things. These requests for prayer stick out to me more than others because I used to have a terrible problem with fear.

My fears centered around social anxiety and other crazy, irrational fears. I do not want to pretend to be an expert on the fears that people face. I do understand that people have all sorts of life experiences that would impact the particular fears in their minds.

Fear itself, though is the same and always deals with the possibility of something happening, something in the future and not in the present.

Another fear I dealt with was irrational fear. It would especially plague me at night as I tried to go to sleep. I couldn’t quite put my finger on the specific thing that scared me, but I remember feeling paralyzed with fear until I would finally yell out “DAD!”. He came and then he would pray with me.

Several years later, as a young, newly married youth pastor’s wife, I remember saying with hurt feelings to my very outgoing husband “why do you walk around and talk to everyone on Sunday mornings, leaving me by myself?” He replied kindly that I should go around and be friendly too, welcome people to church, and meet new people. This seemed like a logical thing to do, and I could not be offended by his response, even though I wanted to be.

The next Sunday, I decided to try to push myself out of my comfort zone and I introduced myself to someone I didn’t know.

Hello, I’m Nadine, what’s your name?”
(Woman replies with her name)
Are you new to (name of town)? Is this your first Sunday?
Woman replies, (greatly annoyed at my not recognizing her): “Well, I’ve been going here for three years now!”
“Oh, I’m sorry” I replied and then very awkwardly ended the failed conversation.

Failure isn’t all that awful

After my failed attempt at being a friendly youth pastor’s wife, I realized something: the thing that scared me (being embarrassed, messing up, failing at conversation) wasn’t really the worst thing in the world. After I failed, it actually helped me to try again, and again, and again. I found out that the worst that could happen by being friendly was being rejected, but that was still better than not trying at all.

This fear, like others that I have worked through, has been conquered by facing it. I had practiced the avoiding-people technique for about decades and it did nothing to relieve my fears of talking to people. I have now been practicing the art of making conversation, in my often awkward way, for about 20 years and I can say that it has been much more effective. I rarely find myself feeling social anxiety anymore.

Scarier fears that plague us

When I was about 23, I found out that I was pregnant. My husband and I already had our first beautiful daughter and we were excited for her baby sibling. We told everyone! Then I started bleeding. Then they couldn’t find the baby’s heartbeat. Four weeks later, I miscarried the baby. My heart broke. I was in a deep depression for a year where I was determined to blame myself.

In the midst of that pain, I was baptized in the Holy Spirit and received some incredible gifts, including new ways to pray. My newfound prayer language was a great comfort to me during this time. Eventually, gradually, I remember not being depressed anymore.

When I became pregnant again after the miscarriage, I was terrified. Fears of losing this baby kept me from telling my friends and family I was pregnant. My fears were relieved when the doctor used the heart beat monitor and I heard the thumping of our rainbow baby’s heartbeat.

Hope does not disappoint

It occurred to me then, and still rings true, that hope is a great road block to fear. Hope is similar to fear in that it involves what will happen in the future. The dictionary defines hope as “to cherish a desire with anticipation.”

I can decide to hope in positive things or be afraid of negative things. Sometimes people will make fun of hopeful people and call them naïve. It’s different, though. We have someone to hope in. His name is Jesus. As Christians, we should be the most hopeful people around. If you haven’t given your life to Christ and found the ultimate source of hope, you can, you won’t regret it. Start your journey today.

This seems a little funny to say, “irrational fear” because really, all fear is irrational. I found this great quote in an unlikely place: a Will Smith futuristic sci-fi movie that I won’t recommend on account of the violence.

In the movie, the dad is giving a pep talk to his son about fear and he says: “Fear is not real. The only place that fear can exist is in our thoughts of the future. It is a product of our imagination, causing us to fear things that do not at present and may not ever exist. That is near insanity.” That’s good, right?

Some fears may be in our minds because of a past trauma, and I am not belittling that pain; they are fears, nonetheless, about it happening again, in the future. But other fears are completely irrational, they come out of nowhere, they don’t make any sense. These fears, I have found, are just as paralyzing as the ones that come from past experiences or current threats.

Fear is the product of evil

I have found irrational fears to be demonic. These fears of death and terror magnify problems and paralyze the victim. They make people do things they wouldn’t normally do. These types of fears would wake me up at night or keep me from sleeping even as a grown woman. These fears do not have to be tolerated.

“For God has not given us the spirit of fear, but of power and of love and of a sound mind.” II Timothy 1:7

Editors note: There is zero shame in seeking professional medical help for anxiety, depression, and other mental health problems that arise from fear. And please, if you are one of these people, seek the help you need.

I love Jesus, and my husband and our 5 kids. My evangelist husband and I travel with our family of 7 in an RV most of the year, stirring revival fires in churches and in tents across America. I love to see people transformed by an encounter with the living God! Exploring new places, meeting people all over, and living simply are all perks of the traveling life. God is good, Life is good. Visit my blog: https://7nomads.net/

To the mom who carries all the guilt

“No” is a complete sentence