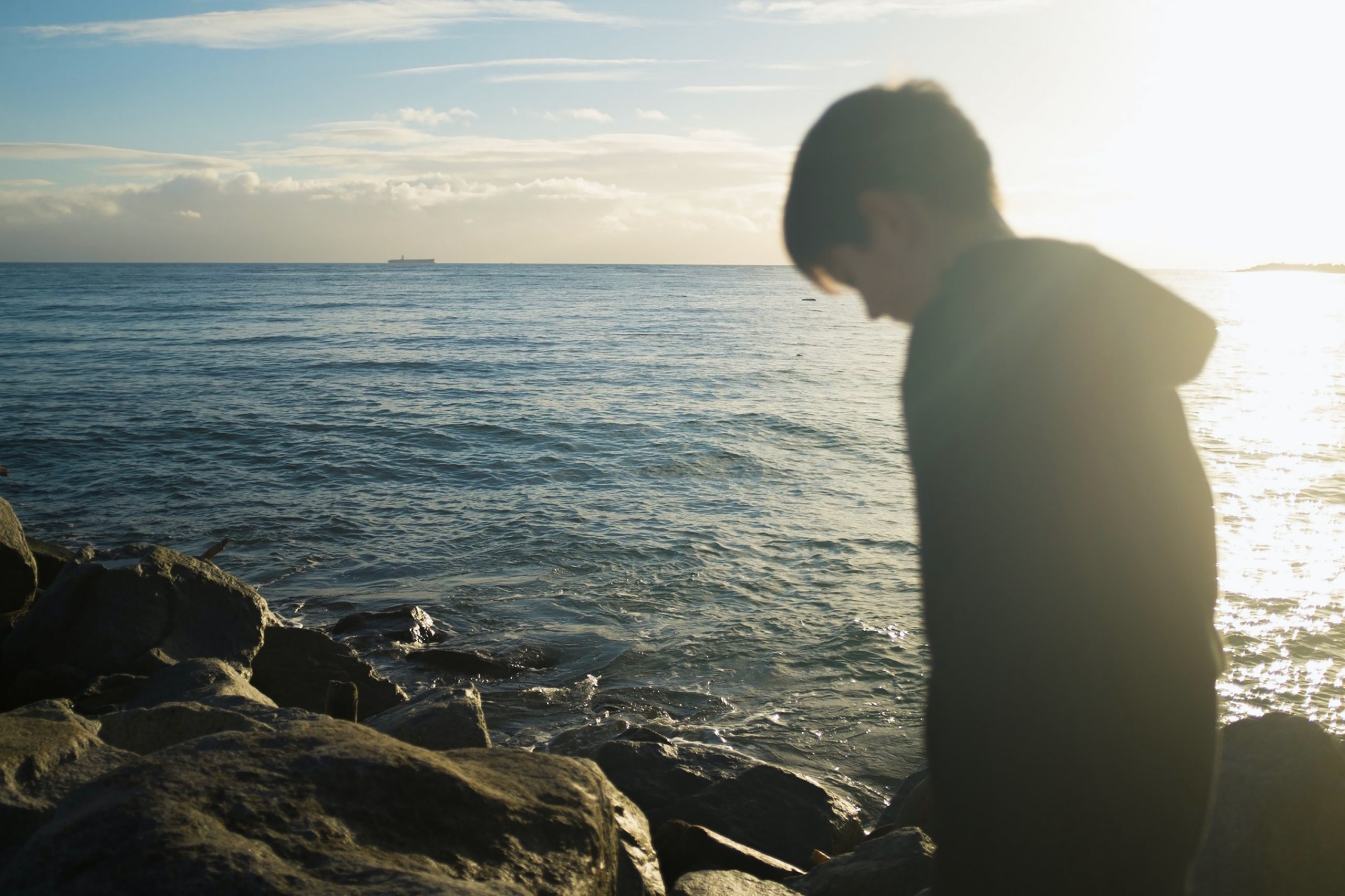 I can do this! I’ve got this “Motherhood – Career Woman” thing down.

These were the (perhaps overly confident) thoughts inspired by my first child. He’s always been easygoing. Mild mannered. A rule-follower. In other words, he makes me look good. I’ve told others God gave him to me to instill confidence as a mother and encourage us to have more children.

Then came our second child

Our second child was another boy. So close in age to our first son, I assumed he’d be similar to our firstborn. But from the start I was struck by how different their personalities were. Strong-willed and determined. Quick to react when he’s upset. Striving to achieve perfection in the classroom.

Well, these traits sure are familiar. In so many ways, he is the young boy version of me. And as you can imagine, while we both reach for that position of control, we often butt heads.

I’ve jokingly told others God gave him to me to humble me.

To bring me to my knees. To put me in my place. And recently, He showed me these words were filled with more truth than I realized.

The moment I became a ‘parent of a teenager’

Friday evening we discovered our youngest son had done something we specifically told him not to do. His actions were clearly intentional, as he went behind our backs, lied to us and tried – unsuccessfully – to hide the evidence. I guess it is now official; there is no turning back: We are “Parents of Teenagers.”

I groaned inwardly. It had been a long week, and what I wanted most was to sit mindlessly on the sofa, scrolling through my phone or watching TV. Instead, I found my head swimming with thoughts of broken rules, consequences, discipline approaches and teaching moments.

I was irritated my husband and I had to spend our Friday night discussing potential punishments. I was frustrated we were forced to have an unpleasant conversation with our son about his actions. I was angry he’d lied to us. But as I paused to evaluate what lay beneath my irritation, frustration and anger, I realized I was scared.

Parenting a teenager is terrifying

Parenting a teenager terrifies me. The boys will be exposed to so many new things during their teenage years. Some I know. Some I don’t.

Raging boy hormones and the small articles of clothing so many girls wear.

The seemingly necessary evil that is the Internet. The list goes on and on.

With every fiber of my being I want to protect them from all that could harm them. I want to control their choices and the world around them. But I can’t. And that’s the part that scares me.

While I quietly sat in this place of anger, frustration, and fear, our son realized he’d been caught. He was aware he’d messed up and clearly upset with himself. He was sorry for breaking our trust and feared the pending consequences.

But through what I know was only the grace of God, I did not react. I did not yell or raise my voice. I did not speak with a harsh or angry tone, pointing out how wrong his choice was. I didn’t do any of the things he probably expected – the things he has experienced from me before.

No, in my angry, frustrated state. I did not react. Instead, I chose to respond with love.

That night we actually chose to not speak to our son about the incident, instead postponing the conversation until we could plan our words and until emotions weren’t running high. By his choice, our son sat alone in his room for the evening, presumably reflecting on his actions. And as I later went to him to tell him good night, he stood in front of me, wordless, but with tears in his eyes.

I opened my arms before I opened my mouth, and provided a comforting embrace in which he crumbled. I told him only how much I loved him. That I wanted more than anything to keep him safe and protect him. And most important, that nothing he could ever do would make me love him less. And then? I left the room so he could go to sleep – hopefully secure in the knowledge that he was loved.

Taking it up with God

I woke early the next morning, anxious to bring the previous night’s events to Jesus in prayer. My husband and I still needed to have a serious talk with our son, and I was honestly hoping for some Holy Guidance.

As I sat in the still, quiet house, sipping my coffee and writing in my prayer journal, Jesus quickly took me back several years to my first Bible study group.

In that setting, God had allowed me to see the parallel between the way I loved my (then) young children and the way He loves me. As a mother of young children, my love for my boys was never-ending. Unconditional. Fiercely protective. It was self-sacrificial, constantly requiring that I give, give, give so much of myself. My love was more than a feeling; it drove my actions, words and choices.

God gradually led me to see that He loves me in the same manner, but so much more. Only after seeing this parallel could I begin, in a small way, to comprehend the depths of His love for me.

As I sat still, allowing the warmth of His love to wash over me again, a new thought entered my mind: Obviously the “issues” we will face as parents of teenagers are quite different from those we faced during our children’s younger years. But shouldn’t my love for them in this teenage phase still parallel His love for me? And shouldn’t it still drive my actions, just as it did in years past?

Let’s be real: I mess up all the time. And I’m apparently a slow learner because so often it feels as if I keep “failing” in the same way. Yes, I’ve gotten better at hearing His gentle convicting whisper, but all too often I hear it after I’ve done or said what I know I shouldn’t.

But God has never responded to me with a raised voice or a harsh and angry tone. He’s never held my “failure” over my head, and He never pushes me away. In fact, every time I mess up, His response is the same. It is filled with love. With open arms, He repeatedly welcomes me into His loving embrace, regardless of what I’ve done.

Parenting from love, not fear

Still in prayer, I heard his quiet whisper:

Parent them, as I’ve parented you. Let it be instructive – while being patient and forgiving.

Let it instill a desire to do better – without bringing shame. Let it be inviting and welcoming – even, and especially when, your child has messed up.

I know you have many fears about their teenage years. But by parenting from this place of fear, you will be controlling. Oppressive. And they’ll turn away from you.

Bring Me your fears so I can remind you who I am. And who they are. Yes, you are parenting them now. But do not forget, they are my children. As much as you love them – I love them more.

As much as you want what’s best for them – I do even more. I designed the road on which they’re traveling. I know every bump that lies ahead. I know the lessons –easy and hard – they need to learn.

And I know the ways their hearts will need to break for them to one day turn to Me and let Me in. When your fears come, bring them to me, so you can parent from a place of love. Trust me with them. And allow Me to parent them with you.

Reflecting on His words, I realized:

He did give me my youngest son to humble me – because my prideful self very often needs the reminder that I am not in control.

He does want my youngest son to bring me to my knees – in prayer, sharing my fears with Him, so He can then be the source of love I offer my son.

And He absolutely wants my youngest son to put me in my place – a place that is by His side as a “co-parent,” and a place situated on the unique path He has designed for me to travel towards my own salvation

While living out her vocations of marriage, motherhood and health care provider, Jen is often found on the sidelines of a ball game, searching for shade while cheering on her sons. An early riser, she sits with Jesus while it’s still dark and blogs about their conversations at earlyAMcoffeewithJesus.com. Get to know her more on Instagram or Facebook @earlyamcoffeewithjesus

Our children are watching us – and it matters

God doesn’t mind the noise – take your kids to church

God meets mothers where they are