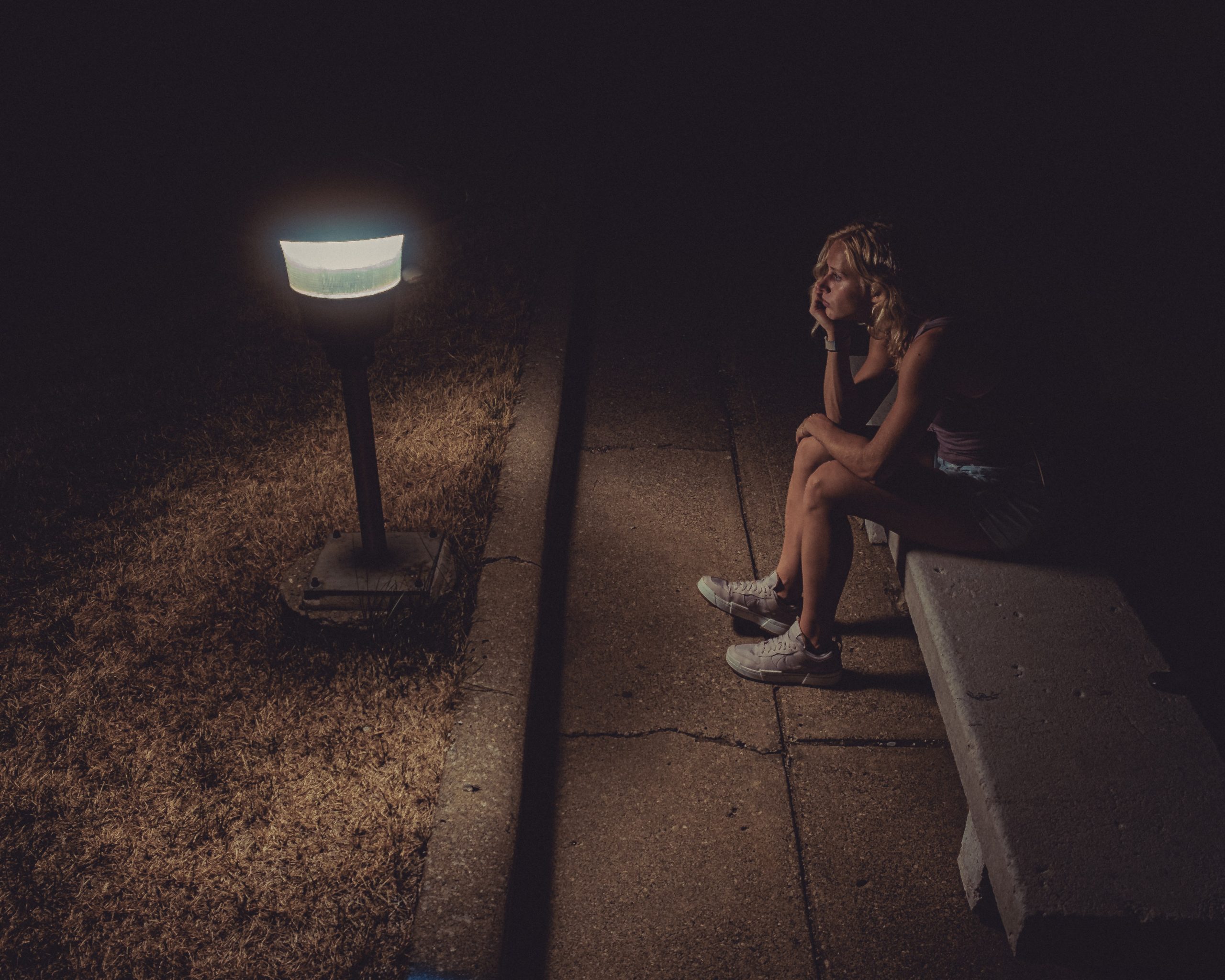 I made a ton of horrible choices that led me to a very dark and lonely place. One of the most haunting decisions I have made was to have an abortion. This decision was based on a belief that I was incapable and inadequate, and it was confirmed by everyone who surrounded me. It was one of the worst decisions of my life and I spiraled out of control immediately following.

But I healed – and am still healing. You can, too.

Making my decision in the midst of crisis

I walked up the sidewalk to that clinic with no fanfare, no protestors, no hostility at all. It was eerily calm as I shuffled up to the little house that had been transformed into a “health clinic”. When I opened the door, I noticed the dim lighting and attempt at making this dingy space seem like “home”. The waiting room was packed with women who were chatting and giggling as if they were in a nail salon. I was bothered by them. But at this point in my life, I was bothered by everyone including myself.

I chose to have an abortion while I was in crisis. I know that I should never make major, final decisions when I am an emotional wreck. I think what sticks with me the most now is just how uninformed I was about what was going to happen to me. I am smart. I worked in healthcare. But what happened to me at that abortion clinic was not healthcare.

I paid my money at the counter -$468 cash. I sat down and waited. I was put in a room with 5 other women, and we were told to watch a VCR tape on a 13-inch TV monitor. That was our counseling. Following the “counseling”, I was told to pee in a cup and the staff member pricked my finger. I sat back down and waited a little longer after this. When my name was called up to go back for the surgery, I felt like I had a hive of bees in my belly.

The staff tried to start an IV on me four times so that I could get the medication for sedation. The doctor was frustrated. Time is money in the abortion clinic. They finally got the line in and gave me the meds, but he was rushing. They did an ultrasound in the room where I was having the surgery, but the screen on the old yellow looking machine was turned away from me.

When he started the abortion, I felt a lot of pressure and pain and the sounds in the room made it worse. The sedation didn’t work. I heard slurping – like the sound you hear when you’re at the bottom of your milkshake and trying to get the last little bit.

He was finished in a matter of minutes. I was taken to the recovery area and put in a reclining chair like the one you sit in when you donate blood. I looked around the room. There were a couple of other women who were resting, not restless like me. I was in pain, and I knew if they were okay then I should be okay. Something was wrong. More than I knew.

The doctor perforated my uterus

I stood up to go to the restroom. It was about 10 steps away from me. I made it into the restroom and suddenly, I felt something pop. Blood gushed out of me and a sharp, stinging pain ran through my abdomen. I pulled the emergency cord on the wall and held onto the railing. A couple of staff members came to my “rescue” but the first thing one of them said was, “What did you do?” I responded to her, “I didn’t do this! YOU did!”

I’m attaching my medical record. Yes, I know I’m taking a risk – but it’s important. The doctor had perforated my uterus. The staff tried to stop the bleeding, but they were unsuccessful. The clinic was not equipped to handle this kind of emergency, so an ambulance was called, and I was rushed to the emergency room.

The suffering that followed

Thankfully, my body healed quickly. But I suffered emotionally for many years following event in my life. I was prescribed some opiates after this incident, and I became addicted to them.

This led to more drugs (heroin and meth) and a suicide attempt within a year. I entered a same sex relationship and lived a homosexual lifestyle for two years following this abortion.

I shoved the thought of what I had done deep down into a dark place and hid it.

It took ten years for me to acknowledge that I had decided to have my child killed and to realize the consequences of this decision. No one I knew ever talked about having an abortion. I certainly wasn’t going to tell anyone what I did or what had happened to me. I felt like a stupid girl – like I should have known better. I had two children already. I wasn’t ignorant – but going in to have an abortion, I wasn’t informed.

When we have any sort of surgical procedure, the doctor must inform us of all risks, alternatives, and possible benefits of the procedure. It’s called informed consent. When a proper informed consent is not obtained, by law it is called battery. And I felt assaulted.

I pray that if you are unsure of what to do in your current situation that you would seek help. And when I say seek help, I mean call on that one person that you know will not agree with you in your misery, but that person who will empower you to do the right thing. That person who will tell you that YOUR life is sacred, that you are valuable, and you deserve to be cared for. If you don’t have this person in your life, then reach out to Loveline by texting 888-550-1588.

Abortion is not healthcare. It doesn’t heal. It harms.

I didn’t know righteousness until I knew Christ. I am redeemed and I was bought back at a high price. And so were you. There is no sin too great that the blood of Jesus can’t cover. Love covers a multitude of sin. We all need Jesus. I think back on who I was without Him, and I just cry. Not for me – but for those who are me right at this moment.

If you had an abortion and are suffering, you are not alone

I was able to get the emotional healing I needed after suffering for ten years. I found a group of women who had their own abortion experience and suddenly, I no longer felt alone or nearly as ashamed. I was able to process through my own experience, forgive myself, and name my son. His name is Jeremiah. I was also able to forgive the people in my life who influenced my decision either by not offering help or telling me I was incapable and even the staff who worked at the clinic.

Shortly after this healing experience, I began serving in the pro-life movement. I had a deep desire to stand in the gap for other women and offer what I didn’t have in my own life: hope and help. I want to focus on what has been done for me, not what had been done to me. I’ve been helping women in crisis for nine years, meeting them right where they are whether it is before or after an abortion or while they are working in the abortion industry.

My healing hasn’t stopped. Healing isn’t a destination; it is a journey. I continue to seek to recover what God intended for my life by staying engaged in my own healing through a support group, recovery group, and healing retreats at least twice a year.

Resources to help you

If you need help, here are some resources that are available to assist you:

Support After Abortion: help for women and men who have experienced an abortion; text 844-289-4673

And Then There Were None: help for people who work in abortion clinics but want to leave their jobs or if you worked in an abortion clinic in the past and want healing; text or call 888-570-5501

10 Things I Wish Others Knew About PPD

7 things I wish someone told me about the 4th trimester