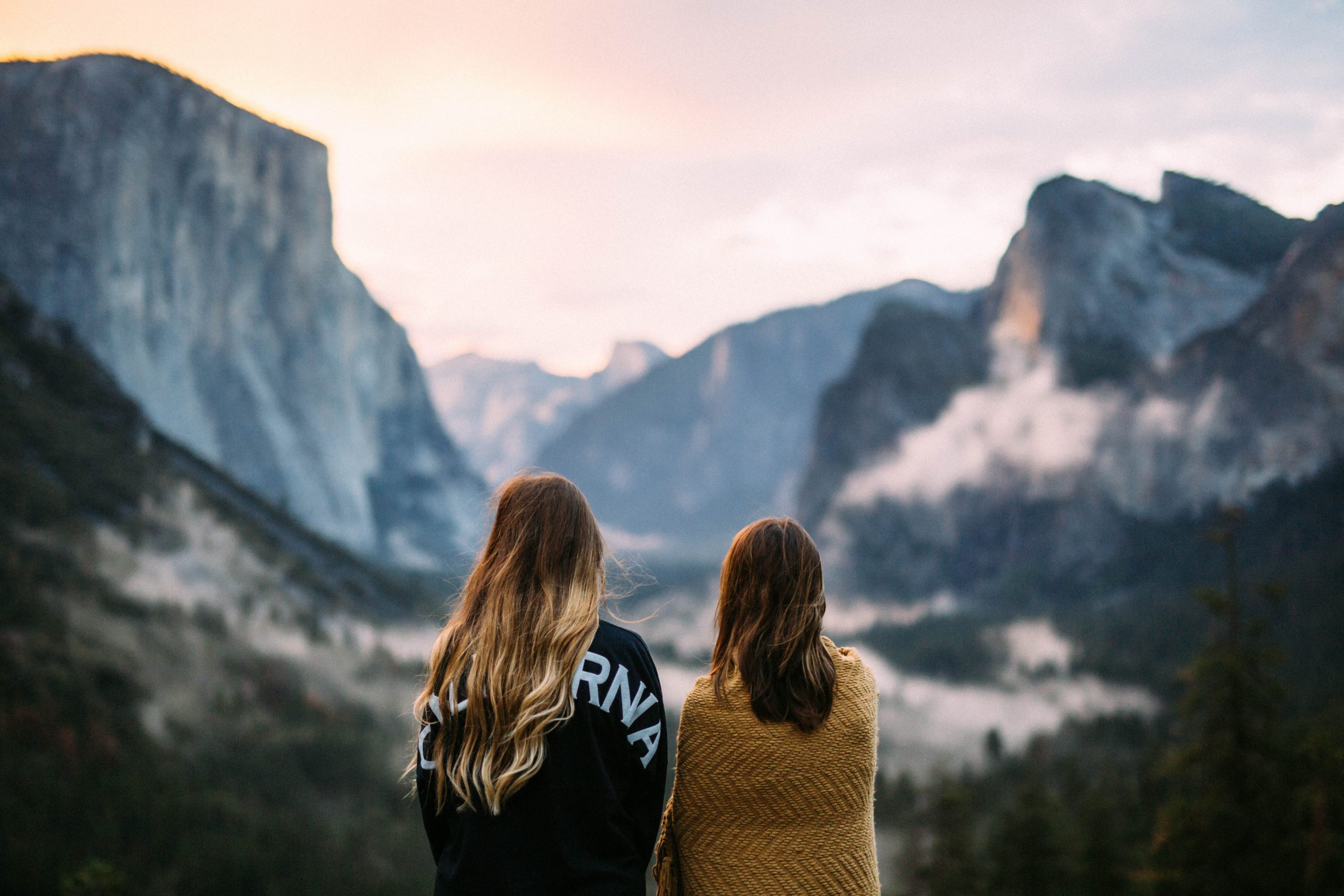 Maybe it’s because of social media or maybe it’s because I’m making an attempt to be more tuned into those around me but I’ve started thinking of the qualities of the women in my life whom I know to some degree or another and have realized I am completely surrounded by amazing and strong women. These women are close friends, co-workers, acquaintances, family, and those who I’ve had the chance to meet once and cannot seem to forget their unique qualities that make them so special.

I am so grateful for them and for everything that makes them special, strong, and just overall amazing.

Staying grounded in the chaos

In today’s chaotic world, I think that clinging to what is true and just helps to keep you grounded. The news is depressing and people are acting like angry toddlers everywhere you look. But gazing into my own small world, the lights shine brightly from the women I know and they are making huge differences in their families, communities, and even the world in some cases.

St. Teresa of Calcutta (Mother Teresa) said that, “If you want to change the world, go home and love your family.” My gosh, I’ve seen this lived out in the women I know. And I want to share them with you and encourage you to really see the women around you, to see who they are and what they’ve been through and how they have made it out the other side. Maybe give them a word of encouragement and let them know how inspired you are by them.

Lastly, I would bet that you are a source of inspiration to people who you know. Don’t fail to recognize your own strength – other people see it, I guarantee you.

I’m writing this anonymously because I want readers to see themselves in these women, see the strength they may not realize they possess, and not pin them to someone whom I may know.

All the strong women I know

The four mothers who suffered at the hands of narcissistic, and sometimes abusive, ex-husbands and somehow made it through to the other side of hell.

The childless woman who ceaselessly advocates for the voiceless in society and is one of the most considerate and selfless people I know.

The terrified mom who became pregnant unexpectedly but kept her baby and has raised him to be a truly incredible kid.

The mom who suffered from infertility and put a smile on her face while celebrating the pregnancies of others.

The entrepreneurial mom whose business sense is so spot on for everything, is tactful, funny, and always surprising with her sense of humor and thoughtfulness.

The woman who had multiple abortions, turned away from her wild life, and is now such an example of redemption but still retains her totally badass personality.

The victim of rape and abuse who uses her story and position to help other women facing similar situations.

The mom whose sense of adventure and zeal for life is so contagious and inspiring that I say ‘yes’ to anything she suggests we do.

The woman who always says the right thing to me, is always supportive and encouraging, and the one who never fails to put aside her own wants and desires in favor of helping others.

The woman who takes care of her aging parent while grieving the loss of the other and somehow makes you feel like you are the only one in the world when talking with her.

The mom of multiple kids whose conversion sparked a national conversation and has since taken up her cause with unceasing dedication and generosity.

The survivor of sex trafficking and a forced abortion who fights with everything she has to heal and be there in the present as a mom and wife.

The mom who raised her children, was diagnosed with cancer, and still decided to spend her last years giving all she had to others in efforts to demonstrate the love of Jesus.

The woman who suffered from infertility for more than a decade, became a foster parent, and selflessly added kids from traumatic backgrounds to her family.

The homeschooling mothers who somehow teach their kids, keep up with their work, and still manage to maintain their friendships and marriages.

The mom who suffered many miscarriages and used her grief to help mothers in similar situations.

The woman who had a high-powered career in a big city and gave it all up to be a mom but continues to use her talents to raise kids and help families make good decisions and be prepared for life as it comes.

The mom who suffered thoughts of self-harm and PPD silently while continuing to take care of her family and now is open about her struggles in hopes of helping others who feel the same and don’t know where to go for help.

The mom with several kids who has so little but chooses to help other moms with whatever she has on hand.

The decorated military veteran mom who now runs a houseful of children, organizes meal support in her community, prays with those in need, and manages to teach her kids at home.

The mom who suffered from debilitating postpartum depression, received the help she needed, and went on to inspire one of her children in her own mental health career.

The three preacher’s wives who are the total opposite of the stereotype I had of what they should be. They are all grounded, hilariously funny, nowhere near perfection in the best sense, and so thoughtful and kind.

The devout mothers whose children have turned away from the faith they were raised in but who keep praying for them every day.

The mother whose teenage daughter became pregnant and when she was told, answered in only love, acceptance, and grace.

The woman who spent time in prison for an awful crime but whose heart is so loving and who radiates mercy and redemption.

The woman who persists in every effort to adopt a child after her and husband have found out they are unable to have children.

The woman whose unfaithful husband made the news and had to live out that agony in the most awful ways but who persevered and is now living a much better life.

Awed at their strength

This isn’t an exhaustive list but isn’t it amazing what women can do? I am so grateful to know each and every one of these women in some capacity and be amazed and awed at their strength. Do you see yourself in any of them? You should. You have immeasurable value to those around you, your friends, family, and even people you meet just once or twice but make an impact on.

When you start to think about all the women in your life, you’ll be thankful, also.