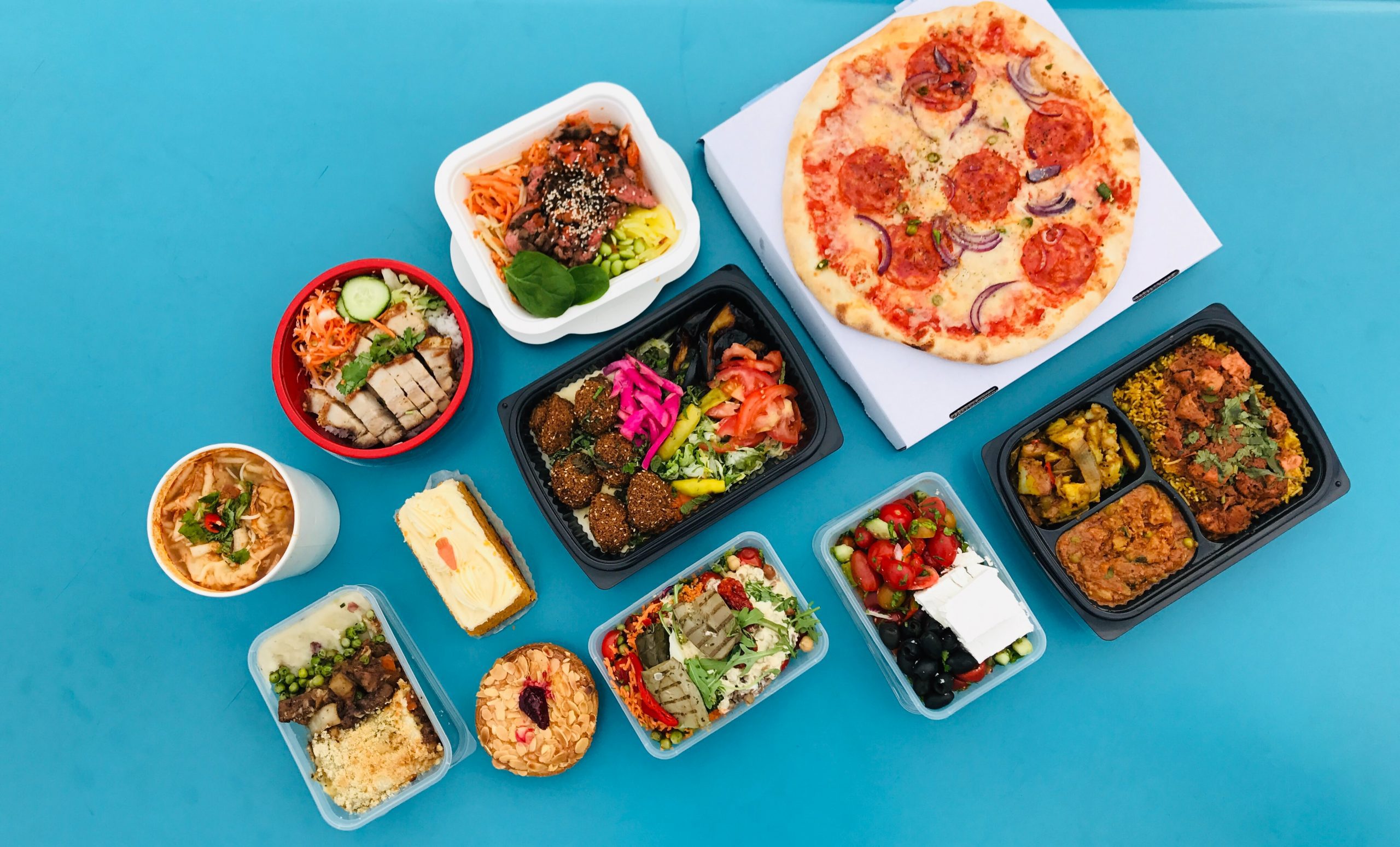 It was summer 2013. I was a mother of a just-turned-one-year-old and a four-year-old. My days were hectic back then, barely squeezing in a shower before my husband got home from work at night.

One day, I was feeding the boys lunch and multitasking. Malachi, my four-year-old, was having his favorite snack in place of lunch: peanut butter and crackers. Isaiah, his little brother, was having small pieces of lunch meat and cheese for lunch, and he was seated in his booster seat. He was fussing and not giving me a chance to do whatever it was I had to do that day.

Out of frustration, I grabbed a cracker off of Malachi’s plate to give to Isaiah, thinking that might appease him. I even took the split second to look and confirm that it didn’t have any peanut butter on it, because Isaiah hadn’t ever had it before. However, the cracker had been sitting on top of the peanut butter.

Within ten minutes of giving him the cracker, his fussing turned to screaming. I pulled him out of the booster seat only to realize that his face was broken out in hives and swollen. His lips and eyes were an unnatural color. Was I imagining it, or did his neck look swollen?

At that life-or-death moment, I didn’t do what I was supposed to do. Had I known what I know now, I would have called 911. Instead, I questioned myself. Isaiah continually had rashes and eczema. I rationalized that something might have irritated his skin. Anything, anything but a peanut allergy, I thought.

The first thing I did was give him a dose of Benadryl. This was not the “wrong” thing to do, per se, but it could have not been enough to stop the reaction. Thankfully it was. I took a picture to document what he looked like before the Benadryl started taking effect. I called my mom for help, who, lucky for me, lived two minutes away.

We monitored him closely and saw his condition start to improve. Over time, the swelling went down, but his skin was left red and rashed out from the reaction. As he started returning to normal, I realized how much his lips and neck really had swollen during the reaction.

I called and made an appointment for that afternoon with his pediatrician. By the time we got there, his condition had improved enough for him to sit and play on the exam table, but his face retained the tell-tale signs of a recent allergic reaction.

I showed his doctor the picture and explained the scenario. After hesitating a moment, he took a breath and said, “If this is a peanut allergy, it’s a really severe one.” He had been exposed to a trace amount of peanut butter on that cracker, not even visible to the naked eye. A casual exposure.

They immediately made Isaiah an appointment with an allergy specialist in Little Rock, where he would be tested. The wait was about three months, so in that time period, we treated Isaiah as if he had a peanut allergy, just in case. I felt horrible telling people, “He can’t have that. He may have a peanut allergy.” I felt like such a jerk. I didn’t want to be one of “those” moms.

You know the mom I’m talking about. The one who follows her child around with hand sanitizer and a wet washcloth in a Ziploc baggie. Heaven forbid he get dirty, or fall down, or eat something containing gluten. Oh, the gluten-free fad was big at this time. If you weren’t part of that crowd, then you looked upon those who were with exasperation and a lot of eye-rolling.

No one ever said anything disrespectful to me about his potential allergy, but it was a big adjustment for me. When we went to parties, dinners, or get-togethers, I had the choice of not saying anything and doing my best to keep him safe, or saying something and looking like “that” mom. I tried to treat it like it was no big deal. But guess what? It is. Treating it like it’s not a big deal can be fatal.

In August 2013, Isaiah went for his first allergy testing. He was tested for the top eight food allergens as well as environmental allergies. Our doctor called him “an allergic little bundle of joy.” He tested positive for severe peanut allergy, severe pollen allergy, egg allergy, and grass allergy. He was given a prescription for an Epi-pen.

We went home from that appointment knowing our lives had changed. I bought books on food allergies and read article after article. It was more than a little overwhelming. Reading recipes for food-allergy friendly foods, I honestly didn’t know how we were going to manage.

As we went through that next year, we learned a lot, and we messed up a lot. He had reaction after reaction due to accidental exposure or environmental factors. I felt powerless to keep my baby safe.

Then a new allergy

In the summer of 2014, Isaiah was having reactions at least once a week, always during lunchtime. He was getting thin and frail because so many of his meals were interrupted by reactions. I was making sure everything I fed him lined up with his food allergy plan, but he was still having reactions. I was beyond frustrated. I decided to determine on my own what was causing these mystery reactions through the process of elimination. I finally came to the realization that he was reacting to mustard.

At his next allergy check-up, I explained this scenario to his specialist, but he was very skeptical. Mustard allergy is very rare, and he was sure that was not it. The more I talked about my experience, his expression changed, and he said, “You know what, let’s go ahead and test him for mustard.” He said he had to dig to find what he needed for testing, since it is so rare. Within moments of the scratch test, Isaiah was reacting. Mustard was added to his list of allergies, along with a few other environmental allergens.

Since then, he has outgrown his mustard allergy and picked up a new allergy to cashews.

We have somewhat settled into life as a food allergy family. We can’t go to whatever restaurant we want to anymore. We pretty much know which restaurants are safe and what we can order. We do our best to avoid peanuts and tree nuts altogether. If one of us eats something containing nuts away from home, we make sure to scrub up before touching anything.

We have become expert labels readers. We know that just because it doesn’t have an allergy warning, that doesn’t mean it’s safe. Every birthday party, vacation, or meal with friends has to be preplanned and well thought out. I have learned to say, “He has severe, life-threatening food allergies,” without worrying about being “that” mom. Maybe I am “that” mom. I’m a food allergy mom.

I prepare his meals. I watch out for him. I helped him learn to recite his list of allergies before he could sing his ABCs. And yes, I go overboard at times. My anxiety level is always maxed out. There is no relaxing. No sitting on a bench at the playground. No turning him loose at the bump and jump place while I have an adult conversation with another mom. Call me a helicopter parent if you wish. I don’t mind.

I know there will never be a world where he is 100% safe. There will always be peanuts. Other kids will enjoy their PB&Js while he never will. I don’t expect them to stop having peanut butter just because he can’t. To me, compassion and understanding is the key. Food allergies mean more than an upset tummy and an itchy rash.

Food allergies are a life-threatening immune reaction. You may only see the red eyes and hives, but there is so much more to it.

To me, there is no answer for the food allergy question–yet. We don’t know what causes it. Oh, there are a lot of theories, and I absolutely appreciate those researchers who work so hard to find an answer.

But right now, we have to take it one day at a time, one food choice at a time. Food allergies are a big part of our life now, but they do not define who Isaiah is. He is a brother, a cousin, a friend, a son, lover of all things Pokemon, and a heck of a ball player. As he grows, he will continue to face challenges because of his condition. Maybe one day he will outgrow some more of his allergies. We can only hope.

But for now, we can only do the best we can every day, knowing there is no “answer.” There is hope for the future. There is kindness. There is compassion. There are great friends who genuinely care. To me, that is the answer.

My SAHM Identity Crisis: Embracing the Hidden Years of Motherhood