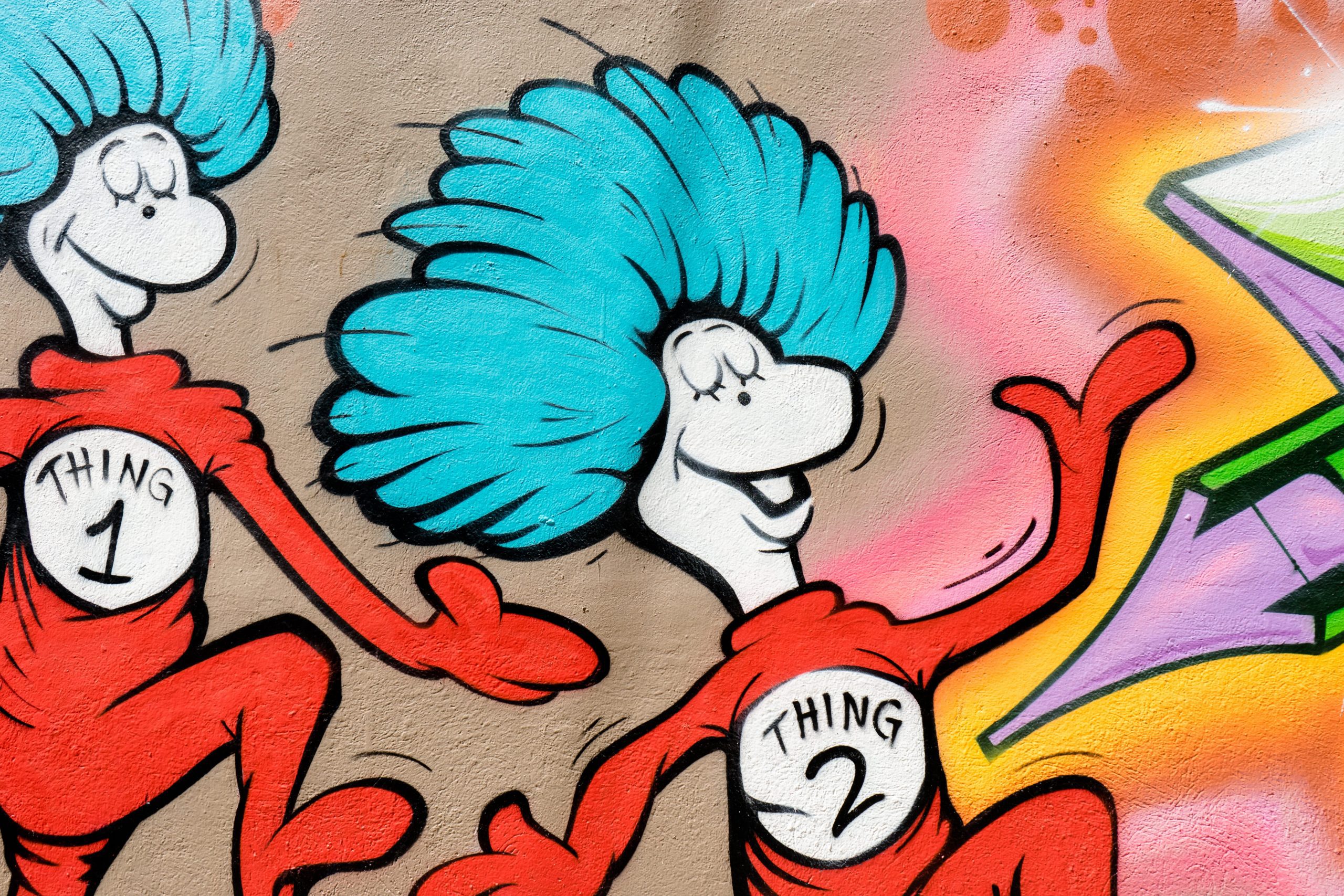 The latest cancel culture target: Dr. Seuss. And on the day dedicated to him, no less.

Let me start by saying that I do not condone racism. Ever. I have the same standard for everyone.

Dr. Seuss did have some racist material in his books. These were his early books. Unfortunately, at that time in our history, this was something that seemed normal.

But it’s not normal and it’s not ok.

As we look at his later works, it seems to me that he learned and grew. His own family says that there was not a racist bone in this man’s body. But I would say uneducated and ignorant.

“Today you are you! That is truer than true! There is no one alive who is you-er than you!”

“Be who you are and say what you feel
because those who mind don’t matter
and those who matter don’t mind.”

“Think left and think right and think low and think high.
Oh, the thinks you can think up if only you try!”

“Unless someone like you cares a whole awful lot, nothing is going to get better. It’s not.”

This is a man whose later works preach acceptance, self-love, and encouragement. His past is marred by his ignorance and something that should be addressed and discussed but we should also talk about how he grew, learned and changed. How he became better.

Can’t most of us relate to growing, learning, and bettering ourselves? Look at our own President. He has been accused of saying racist comments in the past. But do you not believe he learned and became better? I believe he has grown and changed. It says a lot of someone to “cancel” someone else who has made the same mistakes they have. That’s hypocrisy at it’s finest.

Let us not erase. Instead, let us learn, let us grow. To cancel only those we choose is censoring. If we cancel one for questionable statements and remarks, should we not then cancel all?

This includes legends, politicians – instead let’s show grace to those who have learned and set a path for others to become better too.

It would only make sense that a Dr. Seuss article would end as this:

You said some things in the past too that were not very nice
Sometimes not just once, sometimes even twice

But you learned from mistakes and you learned how to grow
But canceling someone else who learned, what does that show?

Christian, wife, mom, author and former VP on Wall Street. My passion is teaching children, weather it is teaching children about the amazing women in history through my children's series Our Legendary Ladies or about smart money management through Solid Ground Financial Literacy. I am doing everything I can to make sure children are educated and informed and can make the world a better place!

Why Shopping Local is Crucial This Christmas

Peter Pan and Dumbo Pulled from Disney Plus: When is Enough, Enough?