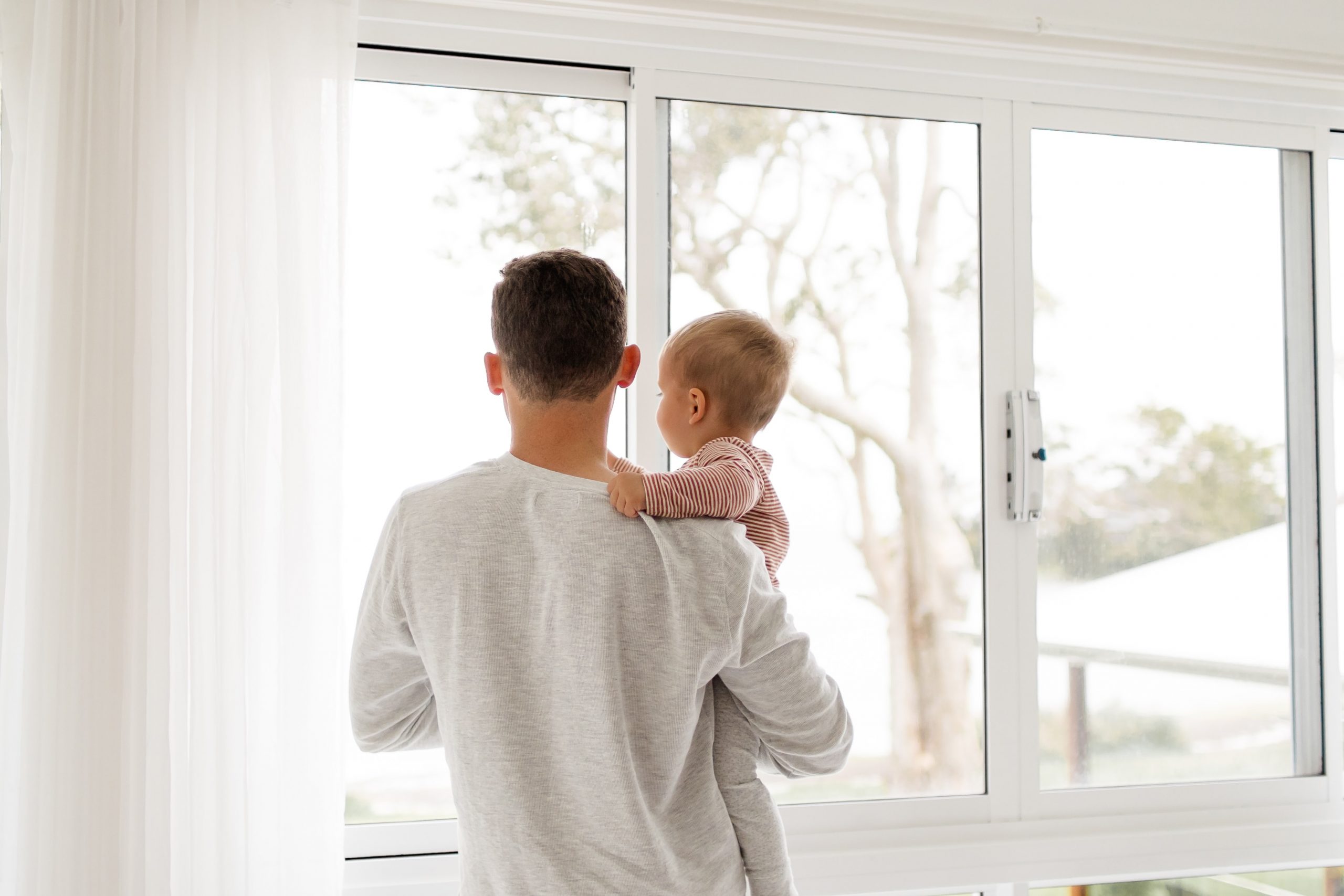 I was writhing in pain and wailing five words over the phone that no man with a pregnant wife ever wants to hear, “I fell down the stairs!” I heard him yell something to his co-worker in the background, and although his workplace was about eight minutes away, he was home in four.

I was seven months pregnant. My toddler and five-year-old were behind me at the top of the staircase. I was focusing on them and feeling dizzy. For fear of falling forward, I somehow managed to land on the edge of the bottom step, directly on my tailbone. The sound it made on impact is one I will never forget. To this day, I cannot sit comfortably for an extended period.

In what felt like seconds, my husband was down on the floor next to me and his eyes were wider than I’d ever seen them, “I’m staying home, I’m staying home.”

He repeated himself because he knew I was scared, and he also knew he never stayed home—work was constantly calling him away from us, so he said it again to make sure I believed it.

On top of everything he was juggling at work, he had a high-risk pregnant wife at home wailing at the bottom of a staircase with two little ones beside her and a mountain of emails and phone calls coming in that needed attending to.

I remember thinking on that day when I knew he was racing home: How is his brain dealing with all of this? I was exhausted and a mess, yes, but what about him? I need him, the kids need him, and his job needs him.

Dads are called to sacrifice for their families

Then I remember wondering, how in the world does this man focus on work at all when he is worried about whether or not his pregnant wife and children are OK?

You see (for a brief bit of background) we had three high-risk pregnancies that resulted in six surgeries all in six short years. He placed his hand on my belly at night, and we prayed each of our babies would make it to the third trimester.

No one ever asks men how they balance work and family

More often than we care to acknowledge, dads are expected to work as though they have no family. Their schedules allow them little or no time to interact with their kids.

And when they spend what little time they have pouring into their families, what is left for them?

The mental load a father carries is exhausting.

When you really start to think about it (like I did that day lying on my floor) it will wreck you. He won’t tell you about it though; he doesn’t want to burden you. He knows that you, the mother of his children, are already exhausted, which is true.

I once asked my husband why he didn’t share his stresses with me, and he said, “Because I know you already have enough stress of your own.”

Sometimes he just wanted me to quietly sit beside him and watch a show. (By the way, it has taken almost 10 years of knowing him to realize that sitting quietly with my head on his chest makes him feel like the most loved man on the planet).

Yes, you can argue that there are many less than wonderful dads out there, and that is true.

Men, however, seem to deal with emotions in different ways.

Moms can stay in tough situations forever it seems because we talk it out (or write about it)—it’s therapeutic. Dads, well, some zone out to the television or a video game, some run away from parental responsibilities altogether, some fall prey to addictions that wreck their life.

Why? Although all of these things and more are wrong, I also believe it is wrong that we live in a world that fails to acknowledge the unspoken mental load a father carries around like a hiking backpack full of bricks. It is monstrous, it is heavy: Provide, parent, prove your love to your spouse, play with your kids, pick up what needs fixing around the house, be in peak physical fitness, earn promotions at work. Progress, progress, progress.

We need to start talking about dads

We need to start talking about it. We need to let them talk about it. It seems more and more middle-aged men are experiencing heart attacks at a young age and during a time in their life when they should be thriving.

So my husband and I? We’ve started giving each other alone time, and I can tell you that alone time in a house full of screaming kids ages 6, 3 and 10-months has skyrocketed our adoration for one another. He takes the kids to the park while I nap. I take the kids to visit their grandparents, and he tinkers in his garage. We both come back refreshed and ready to rock at this whole parenting thing.

And that mental load a father carries? You can help him with that too when he’s ready. But for now, he might just want you to snuggle up beside him on the couch while he watches another episode of that show where they restore old cars.

“I just need a minute” – every Mother