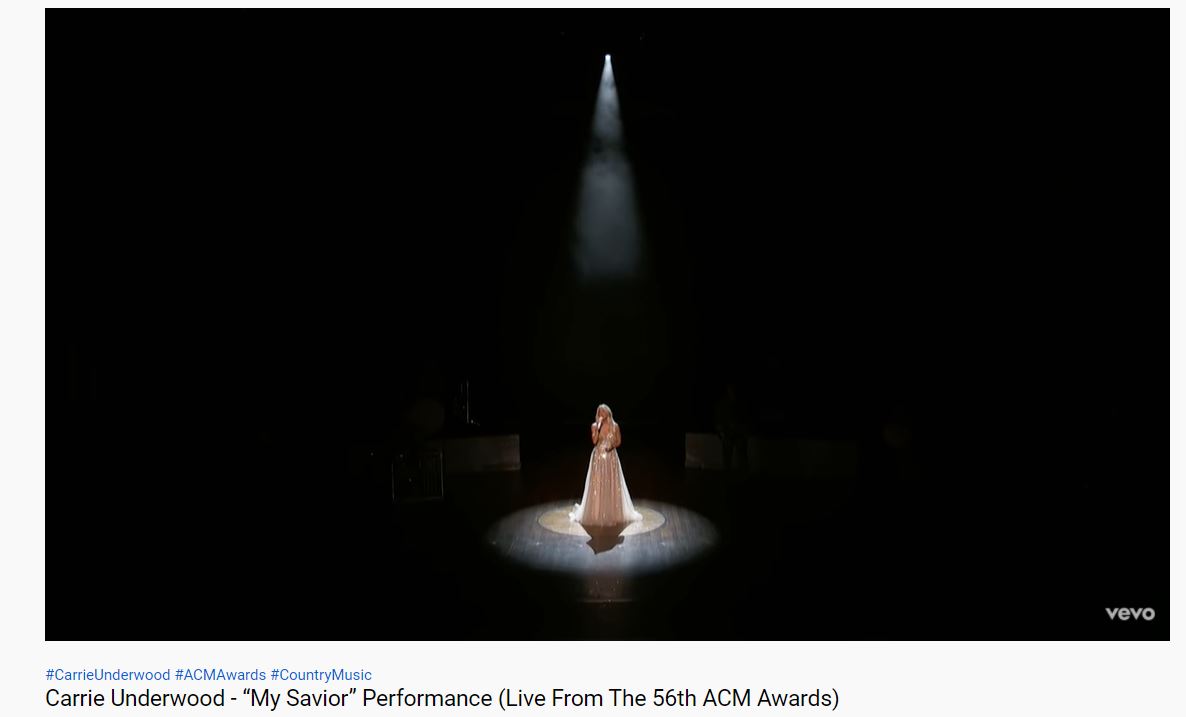 Carrie Underwood is an amazing, talented artist but she blew us (and according to the Internet, pretty much everyone else, too) away with her rendition of faith-filled songs at the Academy of Country Music Awards show.

She performed several songs from her album “My Savior”, which highlight her Christian faith, which she’s never been shy about.

Mike Fisher, Underwood’s husband, told Taste of Country magazine last year, “I want my sons to see me and be like, ‘This is real, this isn’t just what he’s saying; this is not an informed faith, this is like a transformed faith and my dad is different. That’s the goal. It can’t be just about knowing about God or Jesus, it has to be about really following.”

Underwood said in the same interview she wants everyone around her to know they are loved: “I want our children to think just above everything, this goes for everybody everywhere too, you are loved and you are wanted.”

Here’s is Underwood’s amazing performance at the ACM Awards:

Many of Carrie Underwood’s fans were disappointed in her lack of nominations for significant awards at the ACM, yet despite the apparent snub, her performance was still classy and beautiful. We think she is a wonderful example of a wife, mother, and Christian and love that she is on the public stage showcasing her faith and exceptional talents!

God and the art of road trip parenting

How the Hallow App Has Changed My Prayer Life – and Special Offer for Our Readers!