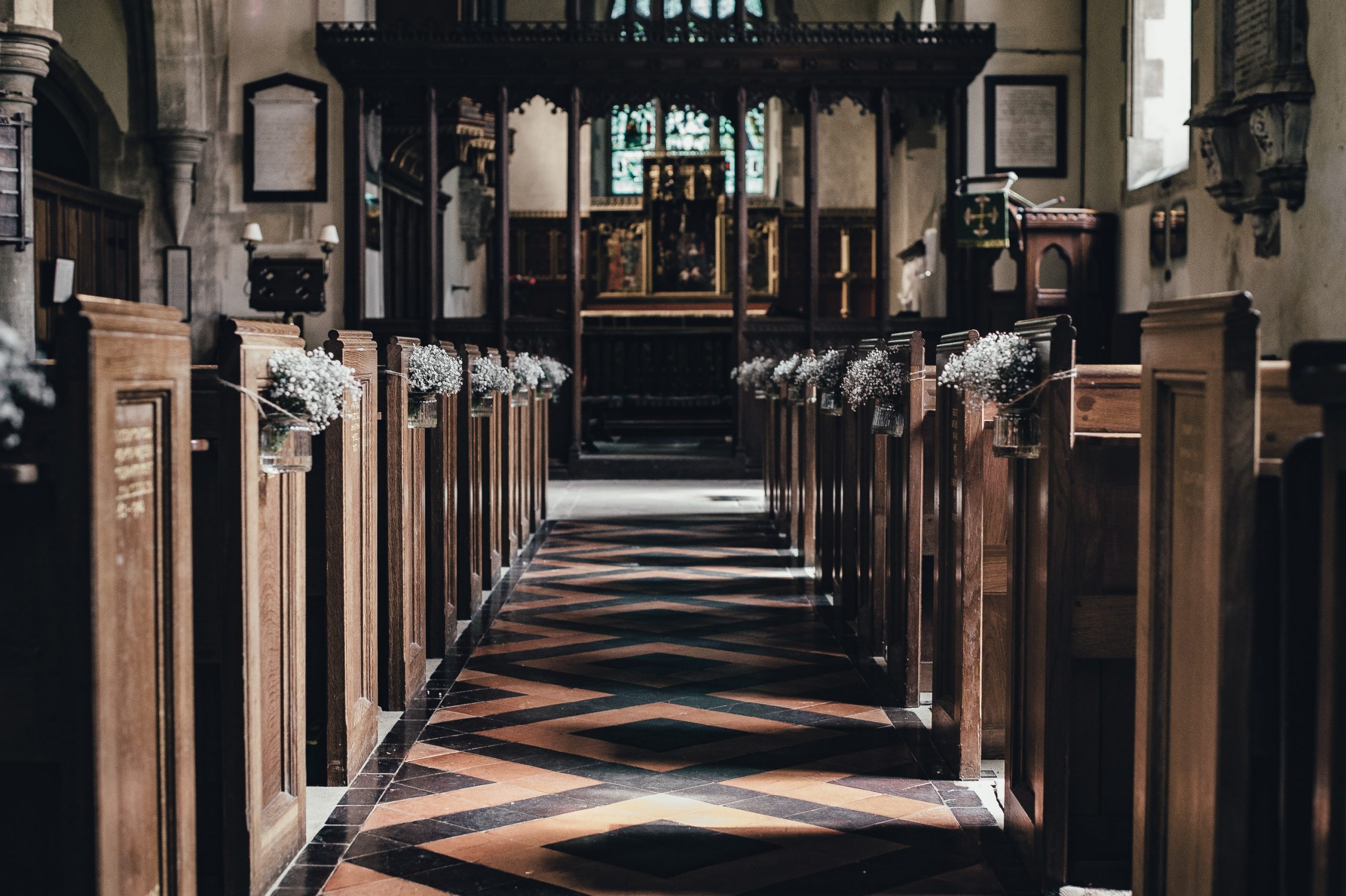 My husband and I were blessed with a beautiful baby girl nine and half months ago. She is such a joy and is filled with excitement about everything! She’s chatty in her own little baby language and has just learned how to walk so she wants to be everywhere, and is into everything.

It’s thrilling and amazing and humbling to be a mama, but when it comes time for Mass and time for stillness and quiet, it can be a bit challenging. I’ve been trying to attend daily Mass at least twice a week, sometimes it’s more, sometimes it’s less, but twice a week is my goal. As my baby girl grows, it’s gotten increasingly difficult to keep her still and quiet during Mass, to the point that I’ve contemplated whether I should even be going. I don’t want to be a distraction to everyone else, although if she does get particularly loud I do take her to the back of church or outside if necessary.

To be honest, I thought by now that I might get some judgy glares or snarky comments about bringing a noisy baby to church, but it hasn’t happened yet. God bless. Still, I feel a pressure I guess I’ve created and put on myself to not be a distraction at Mass. Perhaps it’s because in my adulthood I’ve coveted the silence and reverence that Mass demands.

I was with my older sister (who has seven kids) recently, and was voicing my concerns because Lord knows with seven kids she’s gone through this plenty. Her response was simple, freeing, and filled with Truth.

“Bring her. It’s not just their church, it’s her church, too,” she said.

It’s her church, too.

So beautiful and so poignant, this Truth has resonated with me deeply. Just writing the words she spoke chokes me up. It is my girl’s church, too, why would I deprive her of that? Why would I deprive her of getting to be with Jesus at Mass when it’s her that sees with the eyes of a child, and her that believes with the faith of a child? I want her to know and love being in the presence of Jesus and His Church. I want her to feel at home in church as she grows, and to know that it is her church, too.

My sister’s words forced me to reframe the way I was thinking about the situation. How did I actually have the audacity to presume that the Church is more mine than my daughter’s in the sense that she should be removed for simply being a baby? Talk about a reality check.

Recently I was reading from the Gospel of Matthew and came to this scripture passage:

Even Jesus’ disciples thought it would be too much for Jesus that they rebuked the people bringing their children to Him. The disciples thought they knew better and rebuked the parents! So parents, do not be alarmed if other church-goers rebuke you for bringing your kids to church. Continue to instill the Truth of the gospel in your mind and allow it to guide your actions instead. Jesus said, “Let the children come to Me, and do not hinder them!”

We have a great responsibility to bring our children to Jesus, and not to get in the way of their relationship and access to Christ.

Bring your babies to Church. It’s their church, too!

Secrets from a Mom who Homeschooled her 11 kids