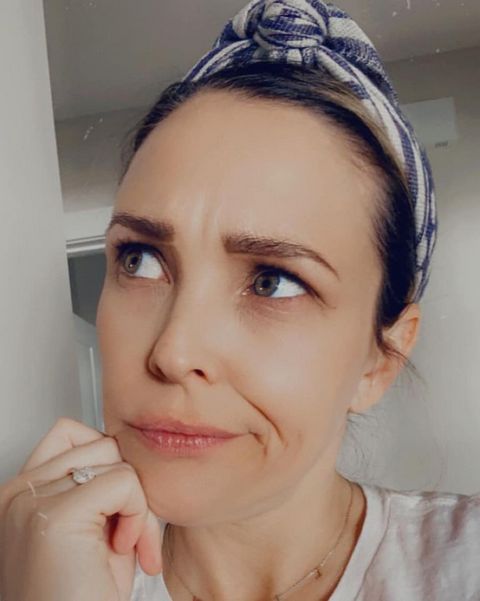 Reposted with permission from Jaclyn Simone.

When 2 weeks to flatten the curve turns in to a flattened economy.

When we are in this together but don’t talk about the massive increase of suicide rates in our children or the families who have lost everything beyond repair.

When breathing fresh air, taking supplements and eating nutrient dense foods becomes conspiracy while muzzling yourself, your children and your pet fish is normal.

When an attempt to fight social injustices turns you in to an actual racist. And then we decide to erase history altogether.

When big tech censors any conflicting information of the 𝚖𝚜𝚖 and the masses think they’re just being protected.

When we can’t order a coffee without a mask but we can have Super Bowls.

When we attempt to impeach a President for a crime the new President you “elected” actually and factually committed.

When feminists fight for gender neutrality only to find they just eradicated women altogether.

When ripping a baby from the womb after they’re stabbed in the heart and decapitated is passed off as health care and supported by Catholics and Christians.

When untested biological experiments are labeled as safe and effective despite over 600 deaths since January.

When walls are racist & guns are condemned if they protect citizens but justified when protecting politicians and celebrities.

When being a Patriot is now racist and the American flag is too.

When men can be women, women can be men, 4 year olds can be injected with hormones and have their genitals cut off.

Then. Then is when one 𝑠ℎ𝑜𝑢𝑙𝑑 realize we are being ruled by tyrants & sadists. Then should we realize we are being lied to, manipulated and controlled. The time is 𝑛𝑜𝑤 to wake up and realize the level of indoctrination that has been sewn in to our minds over the last several decades.

Free thinking is now hate speech. The masses have been bred and led to believe they must submit to their government. I am here to remind you that your Govt has one job: to protect your inherent, God given rights; not take them away. And the difference between you and I is simple: while you champion for people like myself being muzzled and silenced, I am fighting for 𝑦𝑜𝑢𝑟 right to breathe & speak

What happened to modesty?