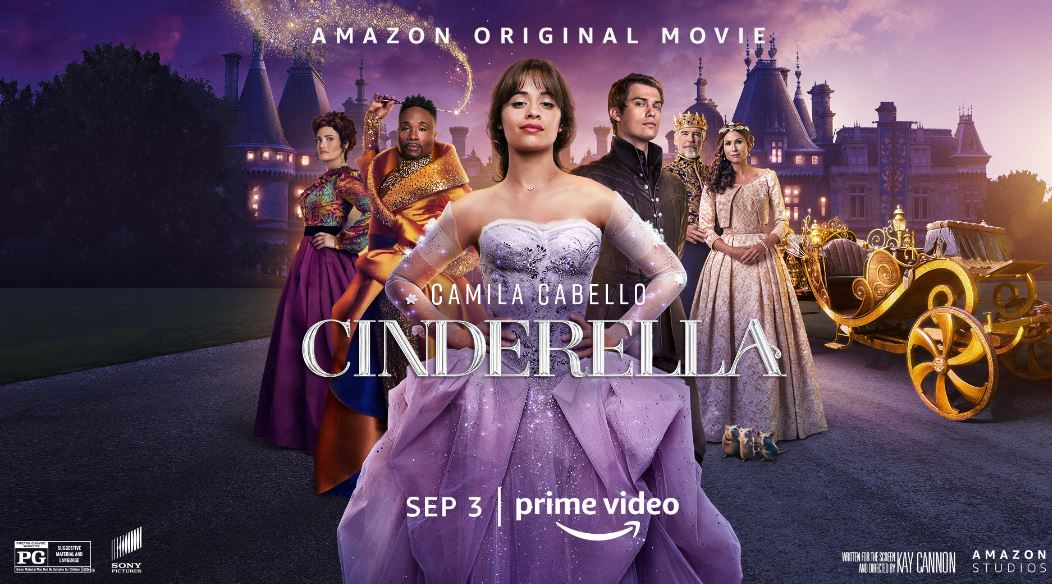 The origins of the Cinderella story date back as far as the sixth century, with more notable adaptions attributed to the Grimm Brothers, Disney, and Rodger and Hammerstein gracing audiences with variations of the tale for centuries.  Some versions of the story are darker than others, and Amazon Original’s newest adaption of the fairytale serves up its own darkness by promoting fake feminism, pathetic male characters, and an image of marriage that is bleak at best.  This version of the Cinderella tale falls more than flat: it falls deep into a dark pit of Leftist propaganda that had me grateful I watched it while my children were napping instead of sharing the experience with them.  Here is my review on this non-Cinderella Cinderella story.

The men in this movie are the worst

From the beginning of the movie the men are creepy, stupid, insecure, and self-absorbed.  They are either predatory or pompous, setting a completely unrealistic but seemingly necessary stage for Cinderella’s feminism.  Women have given up believing in men and all the marriages in the movie are complete shams.  In one scene an eligible maiden is negotiating a marriage proposal with the uninterested prince, stating, “I promise, milord, you can keep gallivanting here with your merry bros and I’ll have other interests.  We never have to be together except for royal events, war planning, and when we have to engage in the disgusting practice of making a son.”  In another scene the deeply insecure king secretly has his throne erected higher than his queen’s throne because, ya know, male fragility.

Cinderella’s “GodMuva” is a man dressed in drag.  The reasoning is because, “magic has no gender.”  Okay, but people do.

The women aren’t much better

Cinderella is not the kind, hopeful girl who dreams beyond the abuse she suffers from of the promise of a happily ever after with her love.  Cinderella does not seem to be abused in this retelling at all.  She is more so favored less than her stepsisters.  This shift in the storyline removes the desperation the Cinderella character usually feels as the result of cruel abuse towards desperation to own her own dressmaking business.

The basement she lives in sets more like a dreamy loft decorated by Anthropologie’s finest and she has dress making supplies that would make a fashion student envious.  She does not go hungry, nor is she ever dirty.  She withstands negative criticism, but even her stepsisters can be seen empathizing with her.  This Cinderella’s needs are largely met, so her desperation surrounds her professional goals rather than physical and emotional needs.  This sets the stage for her “I don’t need a man” demeanor.

The film gets female empowerment wrong

Cinderella does not even go to the ball in hopes of finding love.  She only agrees to go to the ball to further her professional goals as a dressmaker.  Later in the story she denies the prince’s profession of love and only changes her mind when he gives up his social, political, and professional standing, and all his previous goals to follow her around the world so she can make dresses for a queen she met at the ball.  He must give up everything important to him for love, but she is never required to make the same sacrifice.

The idea of the two of them sacrificing for each other is written in the script as an impossible notion that would never work, so naturally Cinderella must always get her way to be a truly empowered female.

Love that includes firm commitment appears to be low on this Cinderella’s list of priorities.  When prompted to reveal their relational standing at the end of the movie, Cinderella tells the public “We don’t have to put a label on it.”.  Even after the prince gives up his goals for hers, she refuses to grant him commitment.

Relationships between men and women are all failures in this adaption, as are the characters themselves.  The men are insecure, the women are conceited, and there is not one genuinely beautiful relationship in the story.  It is a cold, selfish depiction of “love” based on self-interest.  If a man does not set a woman on a pedestal, lose his masculinity (which is always pictured as chauvinistic) to please her, and mutes his own ambitions and desires, he is villainized.  The only women who are written favorably are characters who demand men put them on these proverbial pedestals and think little about anyone but themselves.

My three-year-old son is on a Cinderella kick lately, so I have had the pleasure of watching several versions of the tale, most often the Disney adaption released in the 1950s.  I know, I know- the 50s were a different time and someone reading this is just itching to quote Chrissy Teigan saying something snarky about society still having milkshakes and racism, as if that is all the 1950s had to offer, but it is worth comparing the differences between these two particular versions of the same tale to reveal how differently love, women, men, and relationships are portrayed by retelling the same tale 70 years later.

The prince is far too busy learning to be a gracious monarch and good soldier to focus on love.  His father the king is desperate for grandchildren so he can hear the “pitter patter of little feet” before he dies.  The king throws a ball because he sees that his son needs the responsibility of marriage and family.  His ache for grandchildren and his determination to see his son wed differ from the political motivations in the Amazon Original Cinderella.  The prince in the Disney adaption is not a brute, just not committed to a wife yet.  The prince in the Amazon Original Cinderella cannot keep his eyes or hands off the castle maids.

Cinderella is kind, longsuffering, and hopeful.  She is driven by love and a bright future where she will have the freedom to form her own family far from the abuse she suffers at the hands of her stepmother and stepsisters.  She meets the prince not knowing his identity and falls in love with him.  Granted, this all happens during one song, but the lyrics speak to a deeper connection being made between these characters:

My kids deserve more than this horrible knock off film

One day I will be sure to tell our children they will need more than one song and dance to decide on lifelong commitment to their spouse, but for now I would rather my son absorb the idea that men can be honorable, loving, and committed to a woman while still maintaining their masculinity than be fed the false notion that his gender makes him toxic, insecure, predatory, and selfish.

I want my daughters to witness this Cinderella’s kindness and bravery for pursuing love rather than take in messages that their gender requires them to be selfish if they are ever going to make it in a “man’s world”.

My children will not be watching Amazon Original’s adaption of the Cinderella story because it presents reductive portrayals of the genders and robs the sacrament of marriage of its richness.  This adaption was as bad as Camilla Cabello’s lip syncing- bad.  I would give it one star for some of the music used in the script, like a well-done Queen song I quite enjoyed.  Other than that, don’t waste your time.

Help for women in crisis situations

Reconnect with your partner and children through love languages