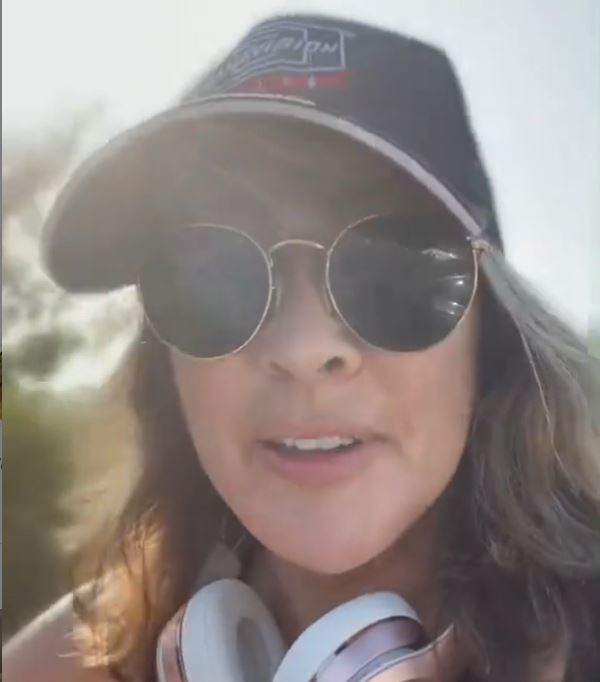 We love Patricia Heaton, not only for her fantastic acting skills but also for her truthfulness and dedication to the pro-life cause. In an Instagram post over the weekend, she announced that she was officially “free” from alcohol for three years now:

She gave an interview last year to Parade magazine about cutting out alcohol from her life after noticing it’s slow, but gradual, negative effect on her life:

“I noticed that I was looking forward every night to cocktails. And if I happened to go to lunch, I might have a glass of wine or Prosecco. There’s an actual statistic that women who were moderate drinkers in their 30s and 40s often become alcoholics in their 50s and 60s.”

She explained further, “I think it’s something about your children leaving the house and the things that used to anchor you are no longer there. You’re a little bit at sea, and so you reach for the bottle to dull the uncertainty.”

Abby Johnson wrote about the “Mommy Wine Culture” earlier this year, noting that high-risk drinking has skyrocketed among women in the past few years and that the culture of turning to alcohol to deal with the stress of motherhood is a dangerous road to travel. Heaton was coming at the issue from the other side of motherhood, one where the kids are out of the house and the emptiness sets in.

Heaton’s Instagram post received a lot of positive comments and requests for prayers from women who are trying to give up drinking as well:

“Congratulations 👏👏! I am doing the same thing”

“I’m also trying to kick that habit. Pray for me”

“Thinking about doing the same tbh…..”

“Considering doing this. Seems like the healthier way to live for me.”

We think her post is so encouraging. It’s incredibly difficult to come to the realization that dependence on alcohol is a problem in your life and entirely new challenge to make changes to fix that. If you’re on this path, know you are not alone.