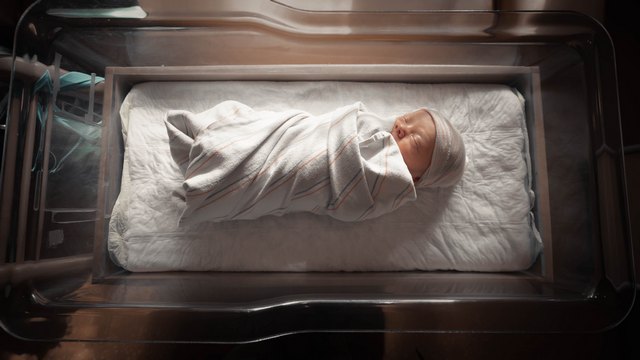 Having a baby is usually the most exciting time of a mother’s life. Until it’s not. The truth is, no matter how many “What to Expect” books you may read or movies you may watch; nothing prepares you for motherhood/postpartum until you become a mother.

Here are 7 things I didn’t know about the postpartum period – the 4th trimester – that I wish they told me:

Basically, you will cry a lot for the first two weeks or so. This is called “the baby blues.” If the crying persists and you can’t seem to find happiness at all, please seek medical help immediately. Postpartum depression does not discriminate; and it is not your fault.

2. Whether you have a vaginal birth or cesarean birth, you will need vaginal ice packs

I only had cesarean births, but I can vouch for my fellow mama friends who gave birth vaginally and they concur. Those ice packs are game changers. After having my babies literally plunged from my uterus through a five-inch incision in my lower abdomen, those ice packs were heavenly. Also, I’m almost three years postpartum from my second baby and my c-section scar still gets itchy every once in a while. Almost like a small reminder of the warrior mama that I am. Anyway, back to the ice packs. They have so many of them at the hospital. Take as many as you can with you. You are paying for them with your insurance. Take them!

3. If something isn’t feeling right, speak up and don’t stop until someone listens

You are not only your advocate, but now you are your baby’s advocate. You have got to use your voice. If you’re feeling extra weak, nauseous, have a headache, etc., make sure your nurses and doctors take it seriously. You know your body best. Advocate for it.

Feeling weak or nauseous can mean that your hemoglobin is low. Both times after I gave birth, I lost half of my blood. It took two days the first time I gave birth before my hemoglobin was measured. I was immediately given a blood transfusion. Two weeks after giving birth to my second son, I developed postpartum preeclampsia. I had a severe migraine that would not go away. I knew I needed to go back to the hospital. An intelligent OBGYN saved my life that day, because I advocated for myself.

Ok, you may have heard about this, or maybe not. Either way, taking your first poop after giving birth is sometimes more traumatic than the birth itself. Our buttholes are very close in relation to our vaginas. So, that makes things extra sensitive. Throw in a c-section and you’re terrified you will pop open your stitches. My first postpartum poop after giving birth to my first son, I clogged the hospital toilet. I don’t mean a little bit clogged; I mean the janitorial staff had a meeting in the bathroom to fix the damage. To give you some hope, my first postpartum poop after my second son’s birth was easy peezy lemon squeezy. Pun intended.

5. Breastfeeding is very hard and it’s OK if it isn’t for you

I really needed someone to tell me this after my first son. Eventually someone did. I tried so very hard to breastfeed my first son. The truth is that even though I took a breastfeeding class, it was not enough to prepare my body for the exhaustion and shock of nursing a tiny voracious human. I tried for three weeks and eventually switched my son to formula. Formula saves lives. It was invented for the purpose of lowering infant mortality. Most formulas are safe and do a very good job and nourishing babies.

My older son is an intelligent and growing seven year old now. It’s also possible to try again with your next baby. With my second son, I was able to nurse him for five months. Eventually my milk wasn’t fatty enough to give him the proper nutrition. So, we switched to formula and I had no guilt. A fed baby is a happy baby. No matter how your baby is fed, he/she will love you as much as you love them.

6. You are not supposed to bounce back

A miniature human was just ejected from your scientifically amazing body. You are not required to bounce back. It can take months and sometimes years to get your body even close to how it was before. But, here’s a little secret: your body can never be what it was before, because your body never gave birth to a human being before. It is forever changed in a magical way. Your body is majestic. Your priorities are now way different than they once were; and that is more than OK. It is expected. Your grew and nourished a human for three seasons. Your body is a boss. You are a boss. Bouncing back isn’t realistic. Rock those maternity leggings long after your baby starts to crawl; and never let anyone tell you that you can’t.

As women and new mothers, we often think we should know exactly what to do after having a baby. It’s our natural God-given right after all. Only, we just met a sweet tiny version of ourselves who cries, pees, poops, and spits up a lot; and we’re supposed to forget about everything else. It’s hard. It’s rewarding, so very worth it, and absolutely magical; but it’s also so very hard.

Mothers were never meant to mother alone. For thousands of years women lived in villages and neighborhoods that helped each other thrive. In this modern day and age things are different, but they don’t have to be all that different. Ask your husbands/significant others to help. Ask them to figure things out too. Ask your family and friends for help. I guarantee most of them will jump at the chance to do your dishes, fold your laundry, or snuggle your baby so you can sleep. If someone you trust asks if they can help, let them.

That’s basically the gist of what I would have loved to have been told after having my first son. You live and you learn. Most of all, you become a new version of yourself. You are now a Mother. Congratulations, you are the best mom your baby could have.

You are enough. Stop thinking otherwise.