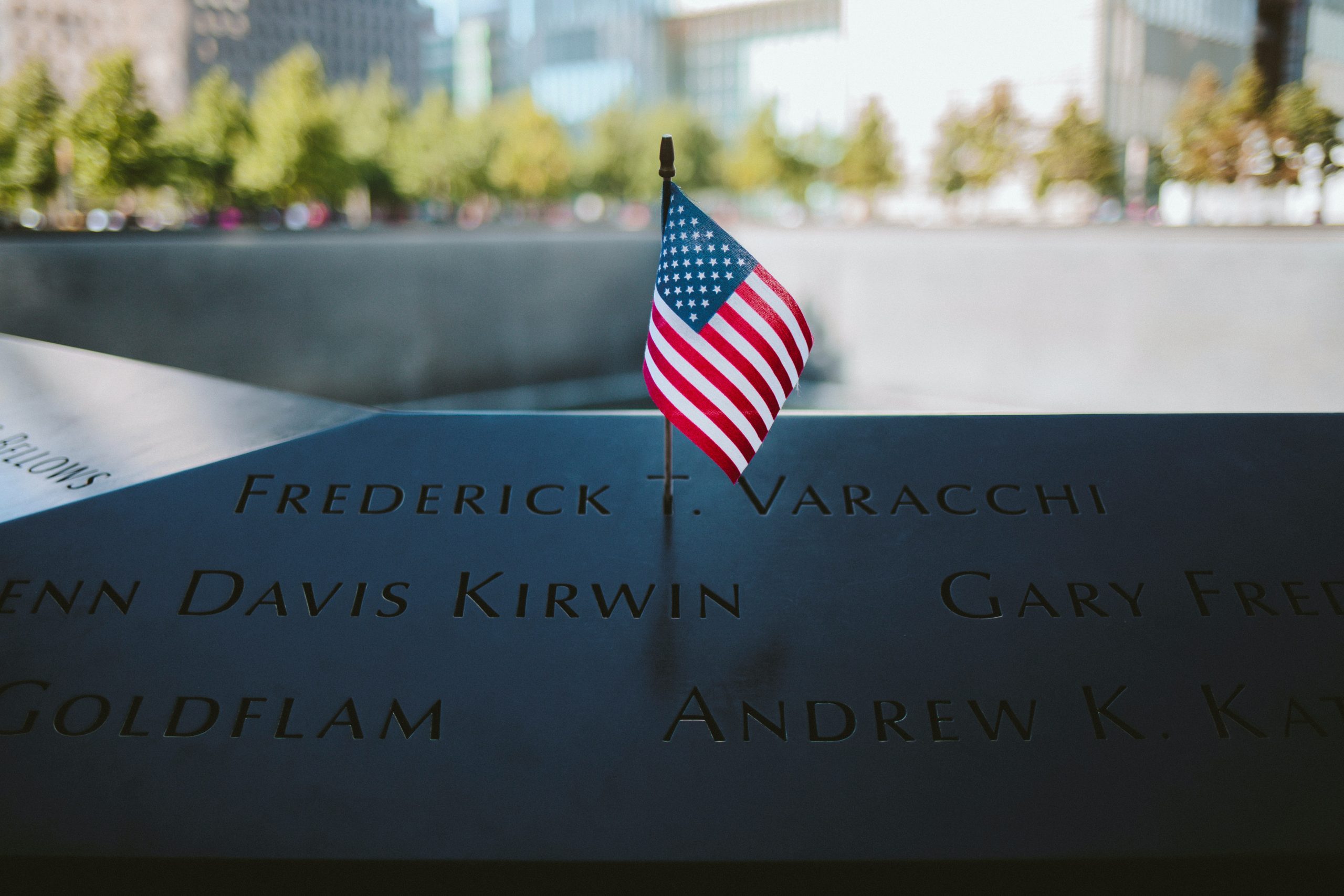 I was living in Washington, DC on 9/11/01 and could see the smoke that day from the crash at the Pentagon from my apartment. Meanwhile, my parents and family back in New Jersey saw the smoke rising out of New York City from the Twin Towers. It was a day like no other, one that still gives me goose bumps 20 years later.

How has it been 20 years since that day? It feels like yesterday. I was a junior in college at American University and had just run up the steps from a metro station on Capitol Hill in DC to my new internship minutes after the first plane hit the North Tower of the World Trade Center. After quickly emailing my mom from my work desktop (I couldn’t call or text as nothing could get through), I got in the car of a coworker I barely knew and fled the city. Everyone thought the Capitol, which I could see from where I was interning, was next.

Like so many Americans who turned on the television that day as they were getting ready for work or teachers who got the news during their first period or homeroom class or firefighters, EMTs, and police just doing their jobs, I was in shock. Complete and utter shock.

Everyone has a story

Thousands of people responded to the post on the Real Deal of Parenting Facebook page asking where they were on 9/11. Everyone has a story and more than 115,000 of our readers shared theirs.

There was such solidarity within our nation that day and the horrible days that followed. Everyone was kinder, more compassionate, caring, and willing to give grace to others. I wish that sentiment, that kindness and compassion towards others still existed today.

As the names and pictures of the victims started circulating, there were people who my family knew who went to work that day and never came home. My heart breaks for these families, for all of those people in the towers who knew they were not going to make it, for the people on Flight 93 who bravely stopped the hijackers from committing more brutality, for the first responders who courageously gave their own lives for others without even a second thought, and for the producers in newsrooms around the country who were seeing images they never broadcasted but are burned in their memories.

I imagine we still don’t even know all of the heroic deeds that happened that day and we may never know. I have no doubt there are many of these stories.

Honoring all those who perished

The 9/11 Memorial in New York City sits where the original Twin Towers stood. All the names of the victims are listed there and linked here.

It is my prayer that all of the families who lost loved ones that tragic day are finding the healing they need and deserve. Grief never goes away – a truly difficult part of being human and loving others – but I hope that, in some ways, it has been lessened for these families.

I hope they know that we will never forget their loved ones, never forget the people who gave their lives so others may live and who performed incredible acts of bravery that day, both known and unknown. We won’t ever forget.

Why I Don’t Post My Political Views on Social Media