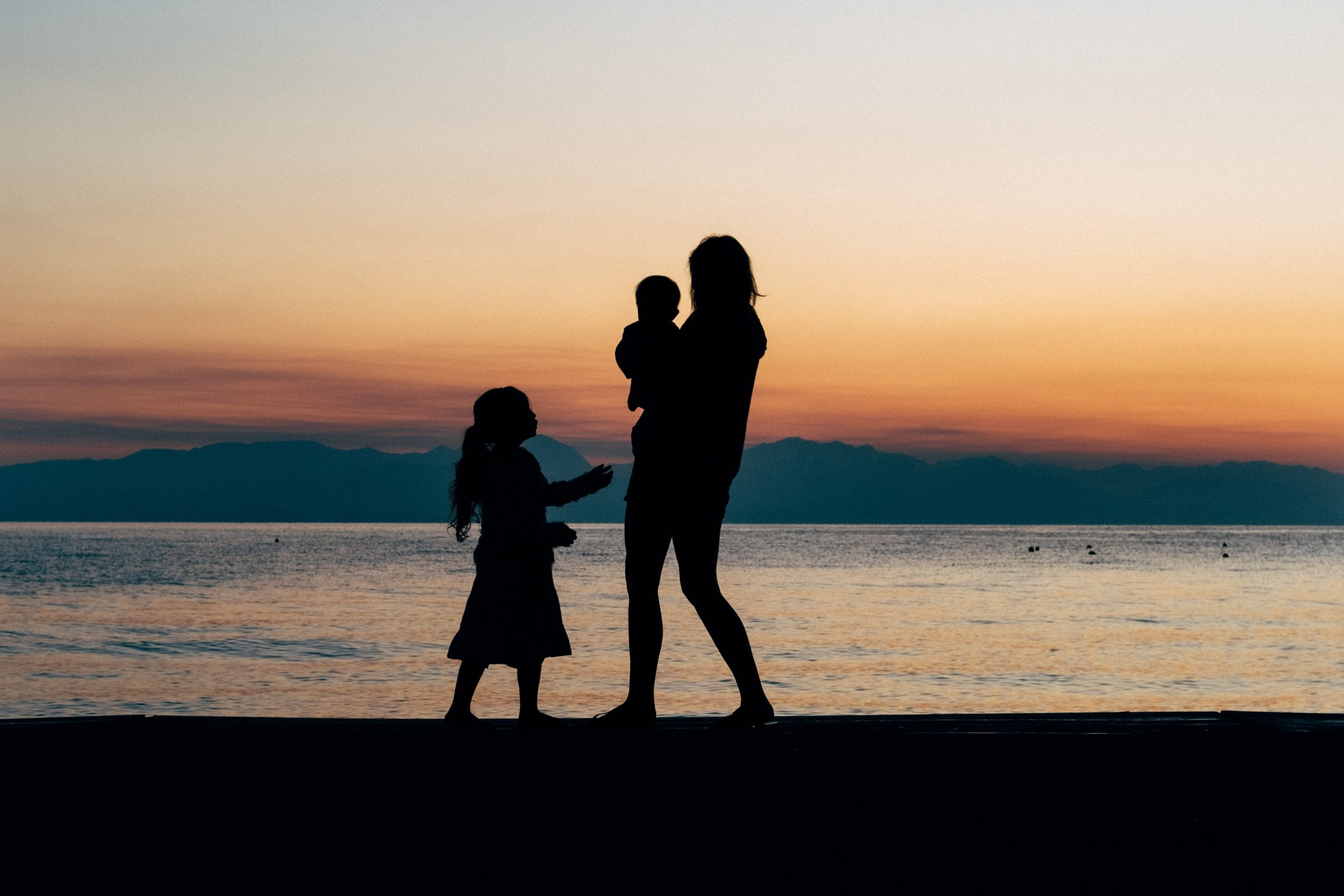 If you’re considering adoption and want the real story or need solidarity during or after an adoption, I have 10 things that no one tells you about adoption. These can help manage expectations as you seek God’s will in your own life and that of your adopted child, or prospective adopted child.

Adoption doesn’t change the DNA that flows through a child’s blood. The birth parents of that child will always influence the life of the child through genetics and events in utero, even if the child was adopted at birth. Adoption, by definition, is the action or fact of legally taking another’s child and bringing it up as one’s own. Add in any early childhood trauma when brain development is most impacted, and an adopted child may have multiple traumas to overcome.

Even with limited trauma experienced and being raised in a loving home, many adoptees grapple with issues of rejection, abandonment, and other concerns regarding their biological parents as they grow up. Adoption can create an incredible future for a child, but it doesn’t erase a child’s past.

Bonds are only formed over a period of time, and only to the extent of the unhealthiest person’s ability to bond. A child that has endured trauma, especially from someone they were biologically designed to bond with, will have difficulty bonding to anyone. You have to realize this is not your fault or something you can “fix”, but simply love the child and bond to the ability they are able.

Having a realistic expectation of the lack of bonding is critical to avoid feelings of guilt, shame, anger, regret, and depression when bonds are not as strong as you wish they were.

When a foster child is no longer able to be reunified with their biological families, there are three options: adoption, guardianship or APPLA (another planned permanent living arrangement) aka “aging out”, which is typical for older foster youth. Often older youth do not want to be adopted because they feel it is a betrayal to their biological families. Some want to be adopted simply to be “free” of the system, which can keep them in care until they are 21 years old.

Simply because a child in your care is open for adoption doesn’t mean it is in your or their best interest to adopt them. The child could pose a risk to other family members in your home if they are prone to violence or sexual misconduct due to past trauma. It is also important to remind yourself that every time you say “Yes” to something, you say “No” to something else.

Saying “Yes” to adopting this one child may mean saying “No” to adopting a sibling group of three or to peace in your home, or to any other number of things. Seek God’s direction when considering adoption. Listen intently and intentionally to Him and obey His direction. Even if you feel bad for saying “No”, remember you’re saying “Yes” to God’s best for you and that child, even if it hurts.

Adoption is messy and difficult

Adoption is a lengthy process that can take years, even if the family is not involved. It is also a very intrusive process. You’ll have to submit to background checks, physicals, financial disclosures, home inspections and have every aspect of your life examined to ensure your life is in order and you’re qualified to adopt. The adoption process is an emotional rollercoaster, specifically in foster care.

Even once the goal has been changed to adoption, many things have to take place before the final day of adoption. Court dates change with no notice, a long-lost family member might suddenly come into the picture, missing paperwork or certifications could be discovered last minute and you’re left with your heart hanging in the balance.

You’ll start second guessing your decision to walk this path, and that’s when you’ll need to remember your ‘Why”. Remember “Why” you started this process in the first place and Who called you to do it. God calls us to foster and adopt the fatherless; He doesn’t promise that it’ll be easy or without heartache

Many people think adoption is only for childless couples unable to conceive. This is simply not true. Many people adopt: married couples, single people, couples with grown children, women with small children, men with no children.

Adoption is a beautifully broken way to show Christ’s love for orphans. These are God’s precious children who have no families to care for them, and as the body of Christ, we are called to stand in the gap and be their family. Adopted children have the same rights as biological children and should be treated no differently, just as God does for us after adopting us into His family.

Adoption is a choice on both sides

Adoption means choosing your family. With biological children, the children don’t get to choose their birth parents any more than the parents get to choose their biological children. With adoption, both the child and the parent(s) know what they’re getting, but it doesn’t mean the child or parent(s) will be perfect, because no one is perfect aside from God.

Similar to a marriage, both parties agree to this permanent relationship. Unlike a marriage, this relationship is not a partnership, but a parent/child relationship, with all of the challenges of parenting in addition to challenges of raising a child you’re not genetically connected or bonded to who has a variety of past trauma.

Contrary to popular opinion, just about anyone can adopt. You don’t have to be perfect or wealthy; you just have to be willing to open your heart and home to a child in need.

You’ll still struggle with your own issues, and most days you’ll feel like anything but a saint. You’ll make mistakes; you’ll learn from them; you’ll find new ways of coping; you’ll learn more about yourself and others than you ever thought possible. You’ll grow closer to the Lord as you understand His heart more deeply and grieve over the circumstances in your child’s life that brought them into this broken but beautiful place of adoption.

Life is messy for everyone, some more than others. Parenting is difficult, and even more so parenting an adopted child. Many adoptive parents are reluctant to share their problems with others because most people don’t understand the difficulties of adoptive parenting.

Many people respond by questioning the adoption or encourage them to dissolve it. These responses are not helpful. Would you abandon your biological child because they were acting out? Of course not! Simply because things are difficult doesn’t necessarily mean you throw in the towel.

Just as God refuses to turn His back on us as we abandon Him, we should also refuse to turn our back on our adopted children, especially when they are being rebellious. Adoption vows are similar to marriage vows and are intended to last a lifetime. It is important to find other adoptive parents who understand your struggles and will support you through the hard times.

Adoptions can be reversed

Adoptions are forever, as are marriages. And similar to the dissolution of a marriage (divorce), an adoption may also be “dissolved”. This is not something people like to talk about, but it is a reality. For many, marriage is “just a piece of paper”, and that thought process is the same for adoption.

Adoption will change the birth parents’ names on a birth certificate and make the adoptive parents the legal parents of the child, but that may be the only thing that changes. Children and adults alike have a say in their new name and can opt to not even change their name during an adoption.

The reasons people dissolve an adoption are linked to multiple factors including issues stemming from everything mentioned in numbers 1-8 along with additional circumstances. If someone you know has dissolved an adoption, don’t judge them, but pray for them and the child(ren) and try to be as supportive as possible through an incredibly difficult decision.

Adoption is beautiful and worth it

I don’t want to dissuade you from adopting.  I don’t regret adopting my daughter, and I’m certain there are more adoptions in my future. However, I want to give you a realistic expectation of adoption in an effort to reduce your own experiences with trauma stemming from negative feelings of guilt, shame, and rejection among others.

I wish someone had told me about these things along my adoption journey to better equip me for the trails and difficulties that awaited me. God tells us in scripture to “Guard our hearts above all else, for it is the wellspring of life.” May this serve as knowledge and wisdom to guard your heart as you weigh the cost of adoption. And the cost is so much more than financial, and the reward much greater than picture perfect Christmas cards and a highlight reel Facebook page.

Laura Angst Gartin is a faithful believer in Jesus Christ, wife, foster & adoptive mother, and advocate for the foster care community & sexual assault victims. Laura obtained an MBA from Missouri State University in 2007 and began her career in marketing. Searching for more purpose and adventure, Laura left the corporate world in 2012 to embark on The World Race, an 11 month mission trip across 11 countries. Upon returning back to the USA, Laura started working for the family business. Still searching for a greater calling, Laura began fostering in 2017 and founded a non-profit, Live 2 Give Hope, with her family. After years of fostering a single woman, Laura married her best friend, Billy Gartin, in November 2019, and together they adopted their daughter, Deanna, in September 2020. Live 2 Give Hope now operates several programs which assist over 500 foster children annually in Missouri. Live 2 Give Hope has received much recognition for its work in the foster care community including 2020 Lebanon's Hometown Hero & 2021 Lowe's Hero's. Laura was recognized as a Remarkable Woman by KOLR 10 and honored with the Mayor Lyle Anderson Gold Leaf Award for Volunteer Service for her efforts with Live 2 Give Hope.

HUMAN LIFE: The first human-monkey chimera embryos were created – and then destroyed

I do not want the government to make decisions about my body, but I am PRO-LIFE