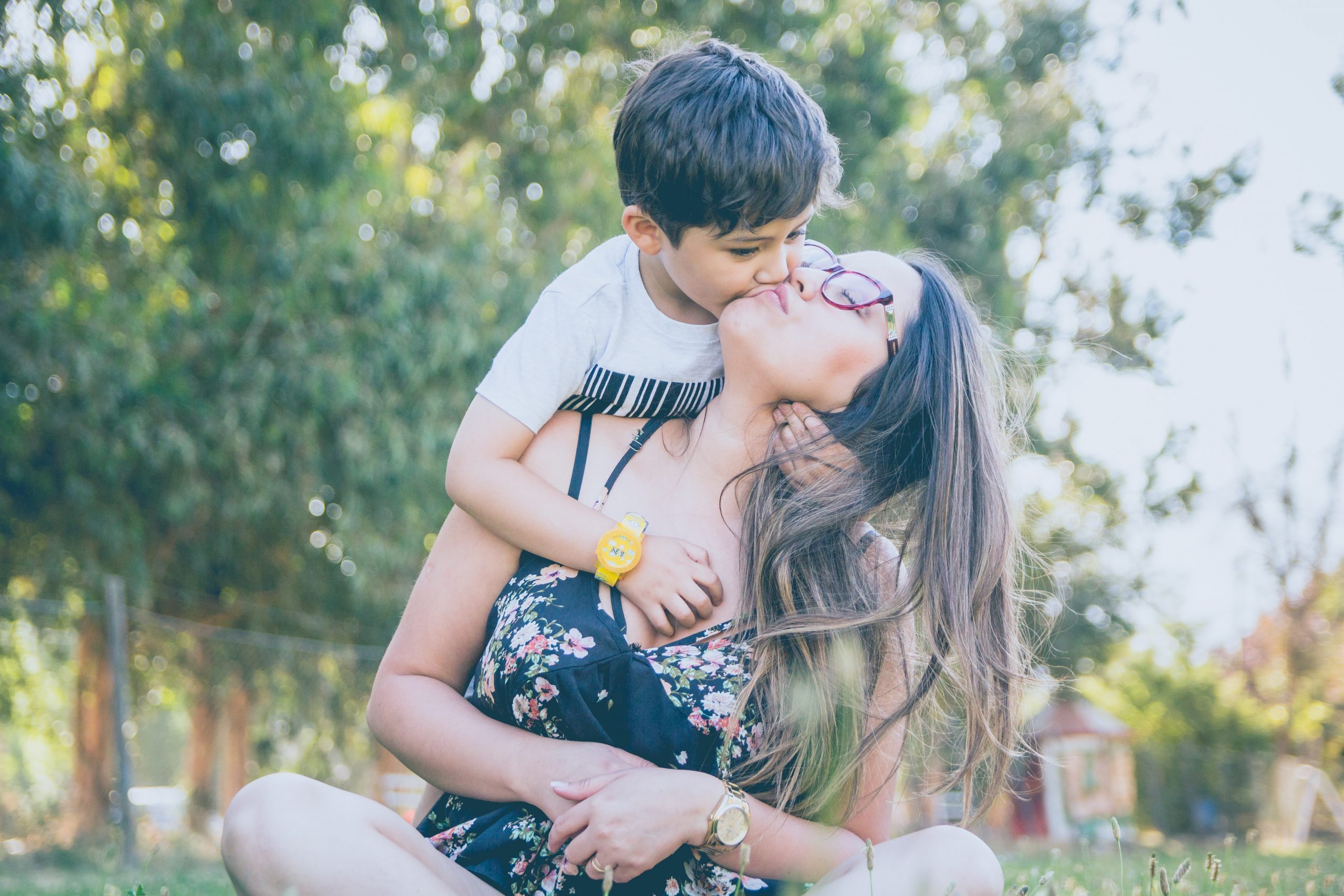 I am a boy mom. Those two words hold a never-ending cavernous abyss of meaning to other boy moms. I have two sons. They are each other’s best friend and worst nightmare. The transition happens several times a day.

Being an only child and a girl, I did not think I was equipped to be a boy mom to one son, let alone two. However, God knew different. He knew I needed these boys as much (likely more) than they needed me. Ours is a life of adventure, inappropriate remarks, sarcasm, screaming, fighting, yelling, laughing.

As a single mom for nearly eight years, I have had to play many roles in addition to mother. It hasn’t been the easiest road, but it has provided a fertile breeding ground for the close bond I share with these two sons of mine. As much as I want to take credit for the insanely amazing character my offspring have developed, I know I can’t. At least, I can’t alone. I have been blessed with a beautiful village of Grammy’s and Pops’, friends, and family, that have lovingly stepped in and met me at the precipice of space when I had nothing left to give.

My boys somehow can get ready in the morning astoundingly fast.

It takes me at least an hour to get ready each morning. I have a routine. Both of my sons (ages 11 and nearly 9) can simply roll out of bed and be ready in two and a half minutes. It may take them three requests and four hours to feed the dog, but they can roll out of bed and be ready to tackle the day in less than five minutes. It is positively irritating, infuriating, and quite honestly, I wish I had that super-power. Imagine all the sleep I could catch up on if I could get ready in the mornings like a jack-rabbit on crack.

Boys can be the absolute most affectionate beings in the world.

And then, with no warning at all, turn on a dime and leave you wondering what the heck just happened. Just last night, for example, my nearly nine-year-old was lounging in my bed while I was mindlessly scrolling through social media. He was all chatter about his day, his upcoming trip to his Grandparents farm, how good of a mother I am. I literally could not keep up with his constant array of chatter. I tried to respond to every line of compliment or question, but finally the desire to sleep overtook my already full mind. I told him it was time to turn everything off, including our minds, and go to sleep. He laid there for a minute and then popped up out of bed, like a ready piece of toast, angrily proclaiming, ‘You don’t want me here, so I’m leaving!’. What just happened? I said nothing about him leaving; in fact, I was going to let him sleep with me that night since he was going to be gone all weekend with his Dad. After drilling him about why he thought I didn’t want him there, he admitted that his slightly older brother had bribed him with Nintendo Switch time if he would give up his rightful place in mom’s bed for said brother! Why he could not explain that to me in the first place, I haven’t a clue. It has been said women are far more complex than men. However, raising two sons gives me a strong adversary reaction to that statement.

I often wondered, when my boys were small, if they were getting enough nutrients to survive. They were picky and often turned new foods away. I wondered how on earth they could grow to be strong and healthy when they ate like birds. And now, even though neither has entered the teenage phase, they both eat like food is positively going out of style.  They still have their picky times, but for the most part, they are happy to eat anything and everything they can find in the pantry (exactly seven minutes after the dinner dishes have been cleared from the table after a large meal). They are like bottomless pits, ravaging every corner of my home, foraging for food.

One minute, my sons are sitting quietly on the sofa, watching a Netflix original. The next, I hear a scream from the next room and walk in to find one on top of the other, beating his brother like his very survival depends on it.

With boys, the grossest conversation topics make for the height of entertainment.

Anything from bathroom sounds to belching the alphabet to talking about boy parts makes for proper evening conversation to these two gentlemen. Despite my unyielding efforts to assure them I do not want to hear about their disgusting bathroom antics, the correlation between my ‘ick factor’ and their ‘inappropriate conversation topics’ seems to rise with each passing day.

Just when I think life cannot manage to surprise me anymore than the awkward and often disgusting things that come out of their mouths, one of my sons will come up behind me and give me a giant bear hug, for no reason other than to let me know he loves me. Just the other day, my younger son was emptying the dishwasher. What made him go the extra mile and completely rearrange one of my kitchen cabinets will always remain a mystery to me. Yet, when he playfully encouraged me to put on a blindfold and gently led me to the scene of organization, I nearly cried tears of disbelief and delight when I saw the miracle he had performed in my very kitchen!

Our society seems to define strong men as those who seldom show emotions, take all things in stride and never show a sign of pain or fear. While I feel true strength is just the opposite, I often wonder where the line between allowing a young boy to cry (even encouraging it) and telling him to ‘buck up, and act like a man’ begins? We want our men to talk about their feelings. Yet, we also want them to be the strong rocks with shoulders of steel, on which we cry. I don’t want to snuff out the tender-heartedness each of my boys possess. As much as it hurts me to see them hurting, I hope they always know they can show their every emotion with their mother. And hopefully with their friends, family and relationships as well. The older my guys get, the less I see that emotion I saw when they were toddlers. I suppose part of it is learning healthy coping mechanisms, but I pray they never out-grow the ability to share, and show, those precious hearts of theirs.

Boys are attracted to danger like moths to a flame.

Faster, higher, harder, don’t stop, keep going, I’m not scared! Whether it be dirt-biking on the track, jeeping in the mountains, zip-linking across the royal gorge, roller-coastering at the nearest theme park, they are never quite satisfied with the level of adrenaline these high-impact events illicit.

My ex-husband and I have a cooperative co-parenting relationship. However, with their Dad not living in my home, I often have to handle the portion of parenting that falls best within the male realm. How many times have I beat my head against a wall because of the lack of respect from my sons, when all their dad has to do is simply give them ‘the Dad look’ and magically, they knock that crap off! Boys see their Dad as a super-hero, and my boys are definitely no exception to that rule.

A boy’s best friend may be his father, but a boy’s first love will always be his mother

From the time both of my boys began their incredible existence in my own body, to the time I spent nursing them in the early morning hours when the rest of the world was soundly sleeping, to the times I stood at their crib and watched them sleep, to the time I walked them to kindergarten and stood outside the school crying, to the myriad of memories in-between, my heart has always belonged to these sons God gracefully put in my earthly care. While some moments are positively maddening, others are gut-wrenchingly beautiful and tender. When one son takes my hand and the other wraps his arms around my neck, I am reminded that the love they feel for me is incomparable to any love they will ever experience on this earth.

Being a boy mom is unlike anything I have ever experienced. Bearing the many extremes often produces a tidal wave of emotion. Yet, there is absolutely no greater joy than my blessed role as a mother of two sons.

A Year of Goodbye

5 Ways To Overcome The Challenges of Being A Single Mom